Air raid siren goes off in Magna, with unique story behind it 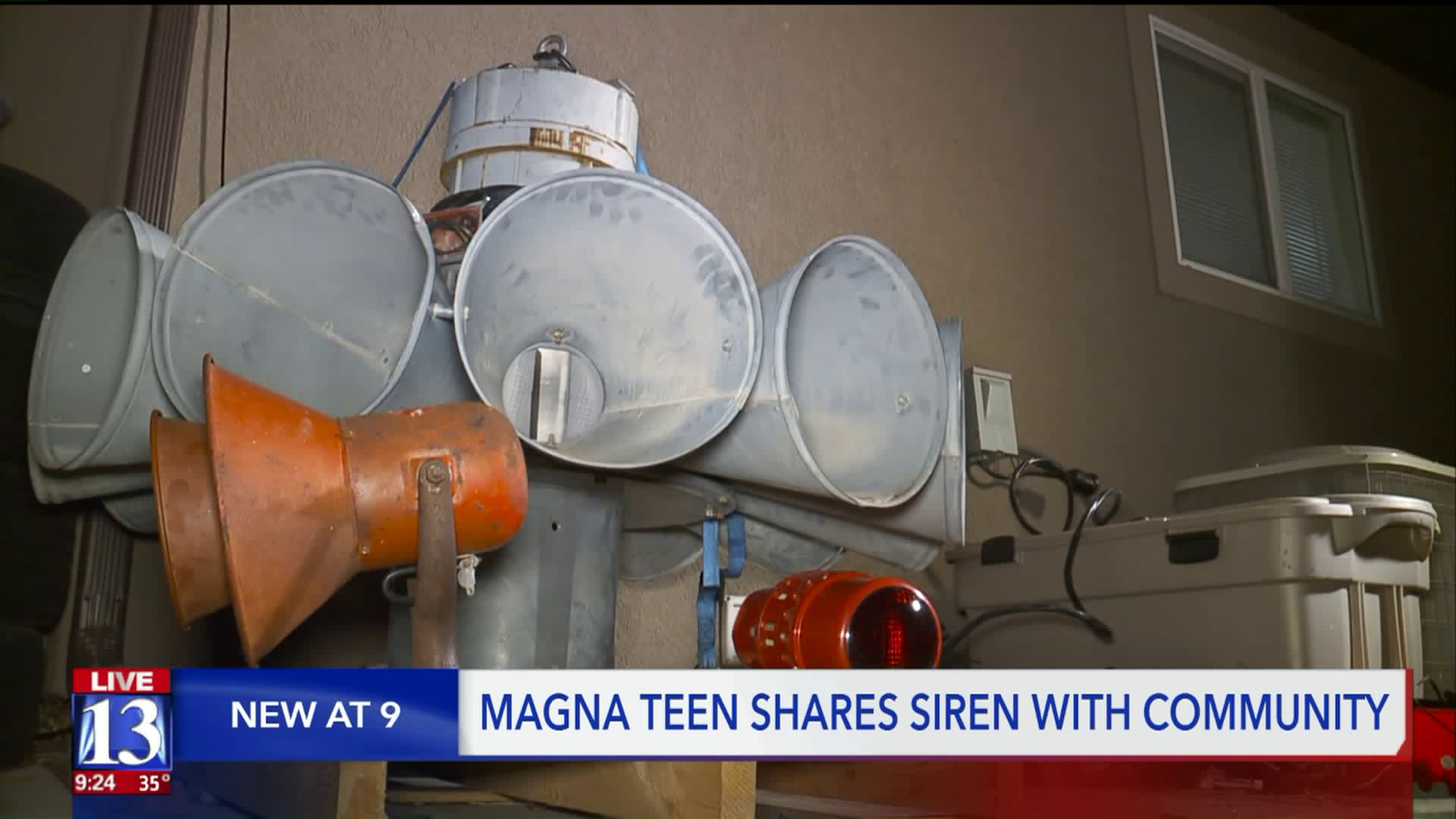 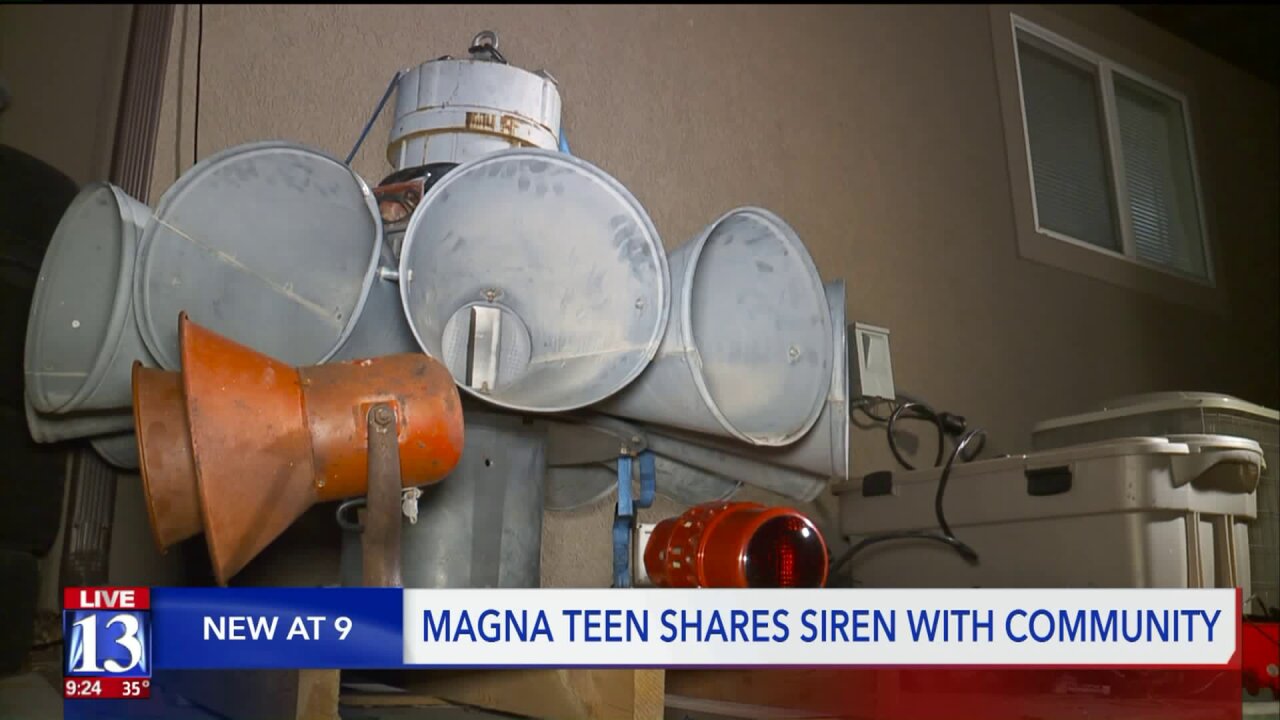 MAGNA, Utah-- A Magna teenager is sharing his hobby with the entire community. If you live in Magna near the west end, you may have heard the latest item in his collection.

Tristan Gillett doesn’t really remember how this hobby started, but it’s one he’s been interested in since he can remember.

“It's something really cool,” he said.

Really cool, and unusual— a siren enthusiast and collector.

He held up a small siren that he said dated back to the 1930s. “This was probably used on a police car,” he explained.

Tristan twirled the metal inside the siren, explaining that a motor draws air into a chamber, then splits the air up and spits it out of notches. The process ends up creating the siren noise.

The 16-year old has even mapped out every single emergency warning siren in Utah. He said there are about 220, spread across the state.

Outside of Tristan’s home, a few other sirens sit in the backyard, including his newest, biggest purchase.

“It was my first chance to really get a siren that’s like this,” he said.

A siren group Tristan is a part of online found the Federal Signal STH-10 siren for sale at an auction. It was from the tiny town of Lynndyl, Utah near Delta.

Tristan won the auction with a $200 bid. He said a friend’s family drove him to pick up the 400-pound mammoth noisemaker.

With technology like Reverse 911 and cell phone alerts, Tristan explained how sirens are starting to fade in many communities.

He figured that many people in Magna would have never heard an air raid siren before, which gave him an idea: Why not fire it up at midnight on New Year’s Day?

Police and fire gave Tristan the green light, so he passed out fliers to alert veterans, and posted about it on Facebook.

Hundreds of people commented, excited and ready for the blast of noise.

Tristan let it go for several minutes at midnight on New Year’s Day, but people commented online that they didn’t hear it.

After getting requests to set the siren off again, Tristan decided to run a second time at 6 p.m. on Thursday.

This time, people showed up to hear the siren.

“Got off work, and [my wife] was calling me, says, ‘We going to go down there! And I know where the address is,’” Chuck said.

He filled his truck with his wife, kids, and kids’ friends.

Other neighbors like Tracie Thomas walked over with her son to see, and hear, the big moment up close.

Tristan plugged in the siren, and less than a few seconds later, it launched into full-on deafening warning mode.

“That’s loud!” Chuck exclaimed, with a laugh. “That’ll start to hurt your ears after a little bit.”

Tracie said she could feel the vibration, it emitted so much noise.

What did Tristan hopes people felt?

He sure felt it, anyway.

“I could feel it in my chest,” Tristan said, with a smile. “It was… it was awesome.”

Tristan said he hopes to turn this into a tradition for Magna, firing up the siren on the 4th of July and as a way for the whole town to ring in the New Year.