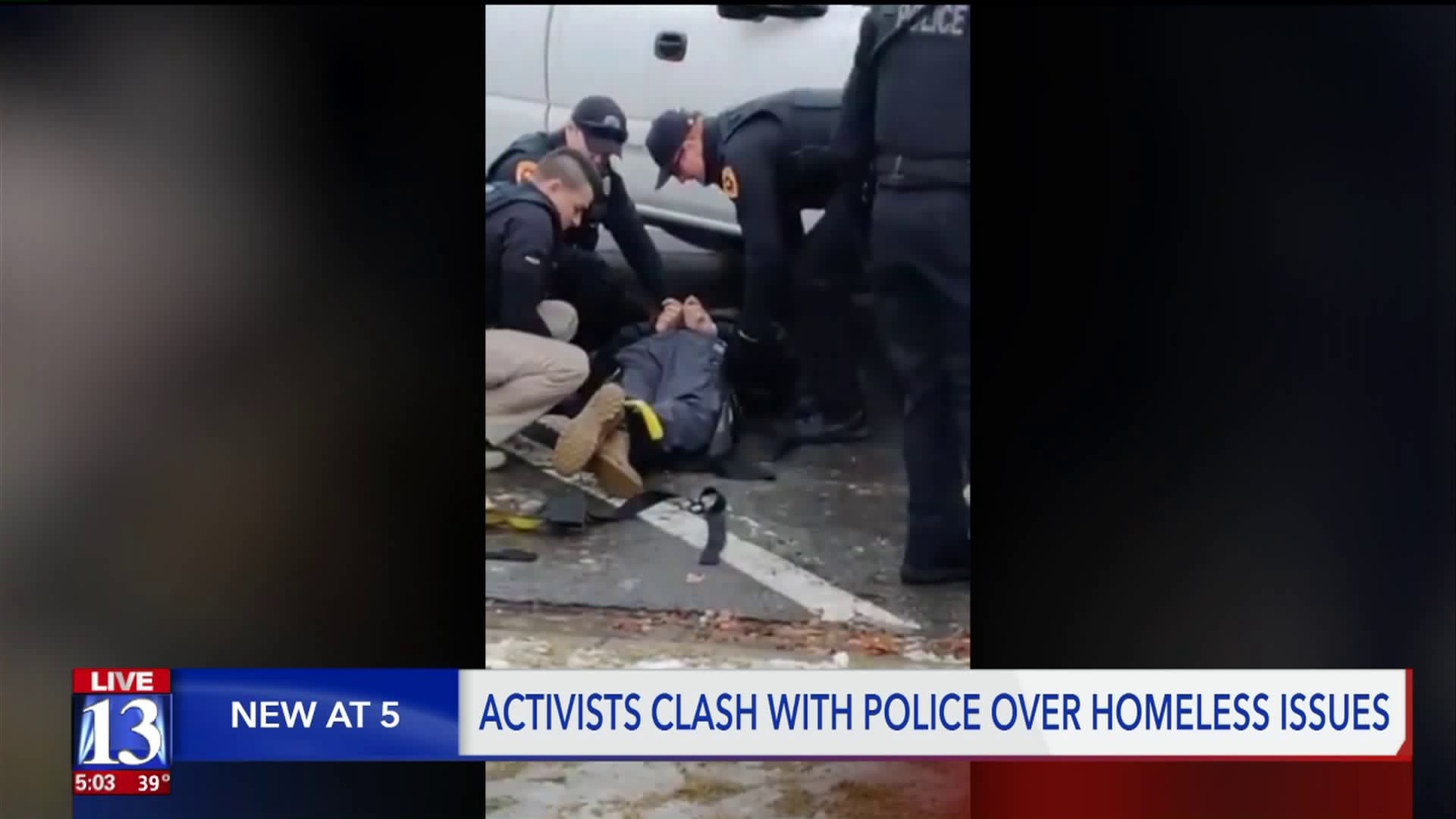 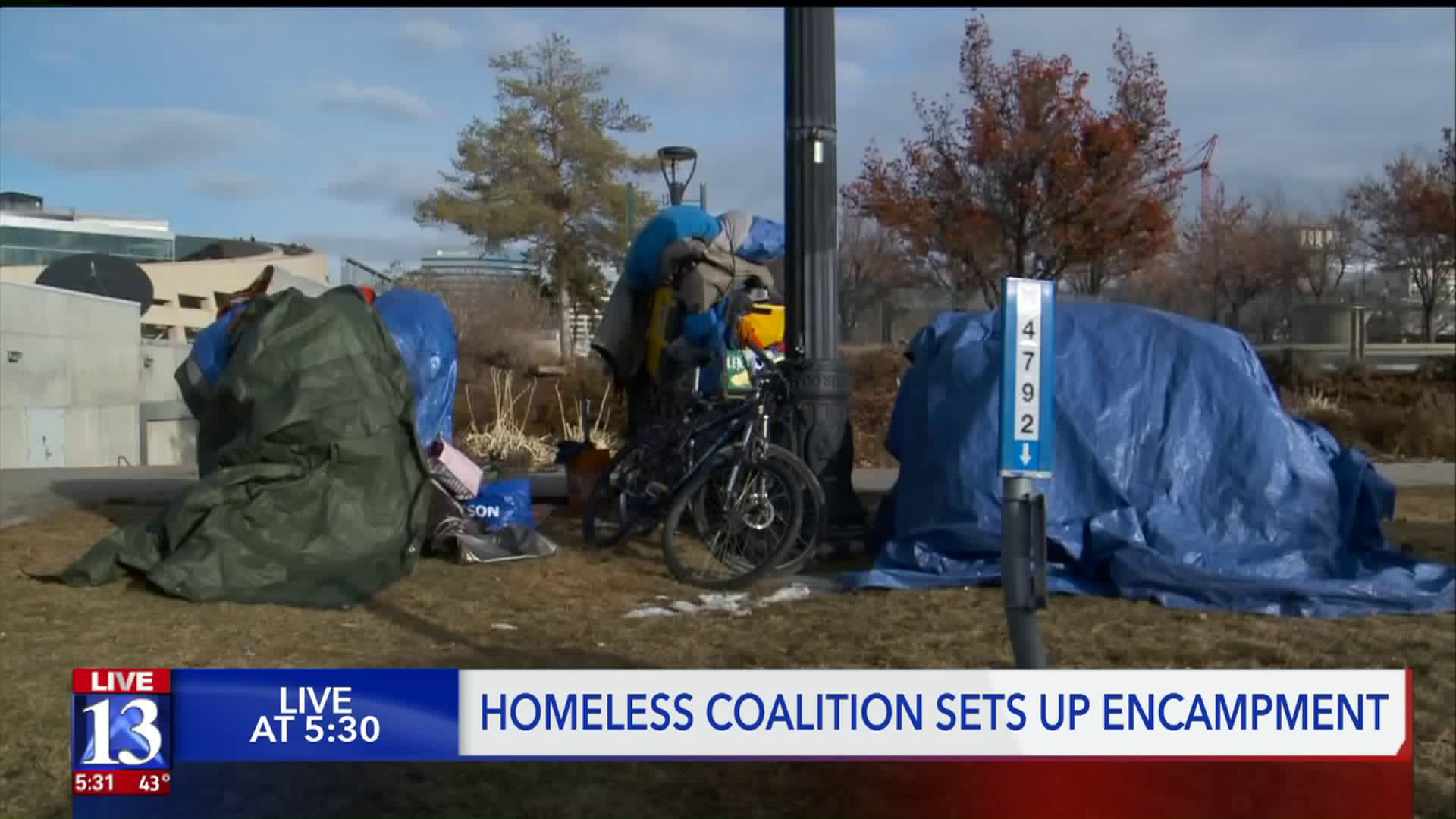 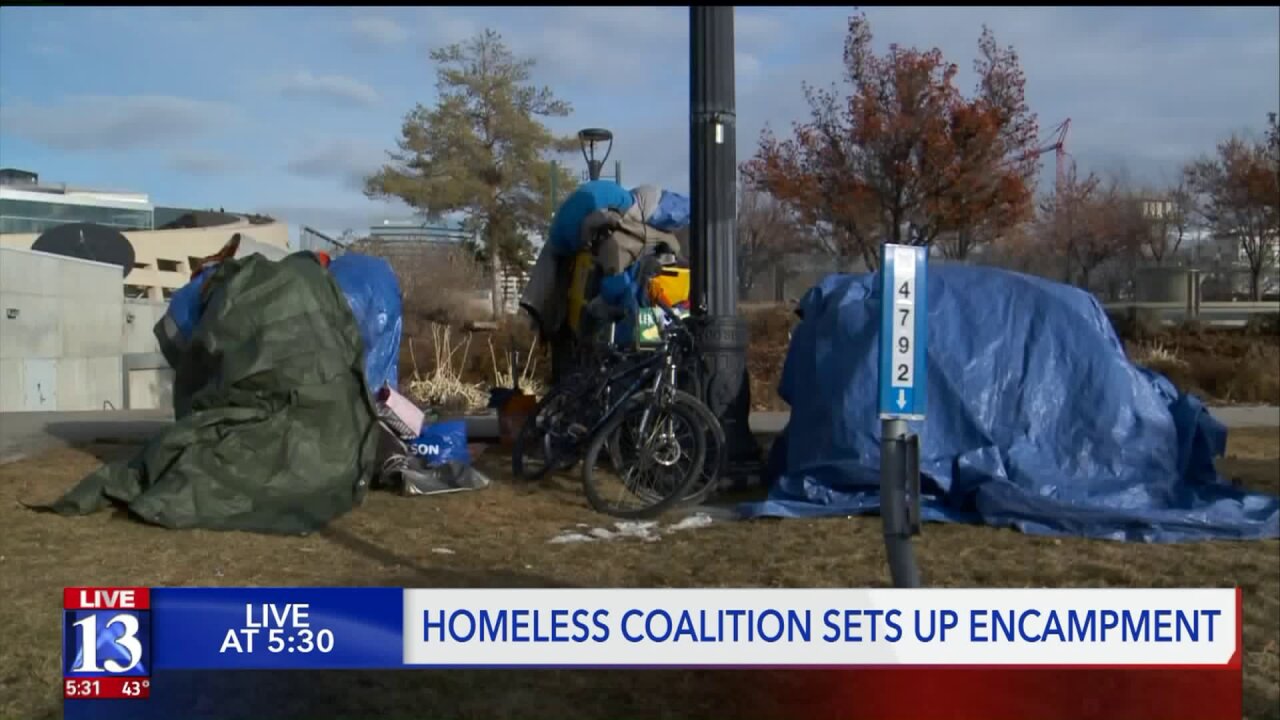 SALT LAKE CITY, Utah — One man was arrested Wednesday after a community group confronted police over the issue of homelessness, leading to an altercation.

In a video posted online by the community activist coalition, CivilRiot, Salt Lake City police can be seen forcing people affected by homelessness to clean up their stuff and leave where they are staying outside of downtown.

The video shows a member of CivilRiot arguing with police saying there are no more beds available at the shelter, which an officer countered with saying "there are plenty [of beds]."

The events escalated when the officers ordered the crowd to back up as they finish clearing out the camp. The activists refused and questioned why they should. An officer then attempted to arrest a man and a struggle began between the two, requiring other officers to get involved.

Police arrested the member of CivilRiot saying he was interfering with an arrest and resisting arrest.

In a Statement, CivilRiot said that the shelters are full and they want a new downtown shelter, with no arrests, tickets or harassment of campers.

We are a coalition of community leaders and organizers from a wide range of struggles united with our unsheltered neighbors to demand shelter and dignity for every person forced to live on the streets.

This is life or death. With the closure of the road home’s downtown shelter, there are now 400 fewer beds available. Every night, the shelters are full. While we have stayed up each night this winter, sharing food, warmth and safety with our unsheltered neighbors, the salt lake city police have harassed them and stolen their survival belongings.

It’s clear what side utah’s police, politicians and corporate media are on. They lie and steal on behalf of land developers, bankers and business owners at the expense of working, poor and oppressed people. Lt. Gov. Spencer cox said, “no one is going to be left out in the cold, no matter what happens … we will have a place for everyone.” He lied. The shelters are full. We demand that he and all other city and state decision-makers keep that promise.

The harassment must stop now. The 9th circuit court of appeals determined that enforcing rules that stop unsheltered people from camping in public places when they have no place else to go is cruel and unusual punishment. Salt lake city isn’t covered by the 9th circuit, but the argument is relevant. The shelters are full. The continued harassment by the salt lake city police is cruel and unusual.

Humans have a right to the essentials of life. As a coalition of working, poor and oppressed people fighting for change alongside our unsheltered sisters and brothers, we have the following demands: