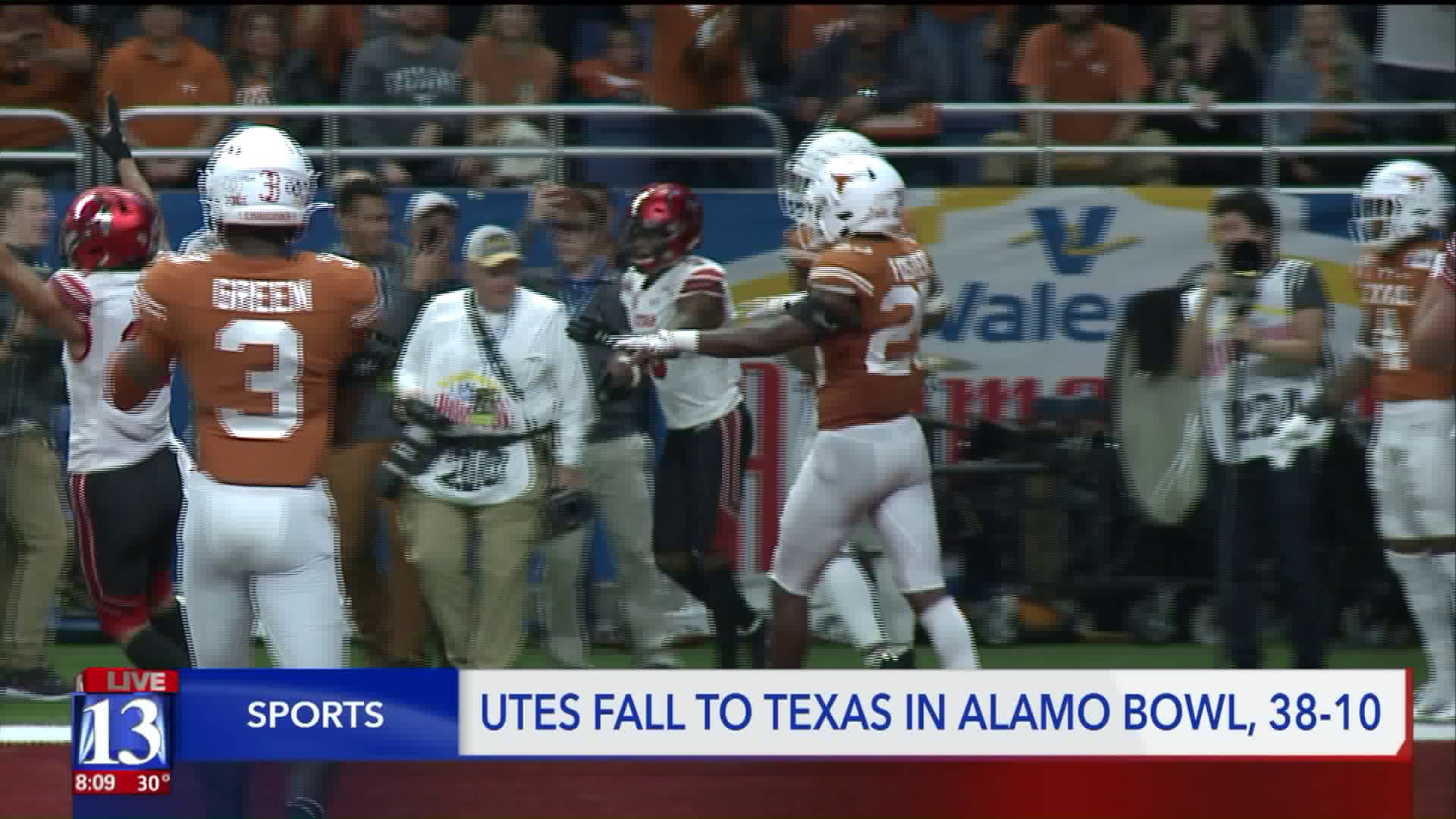 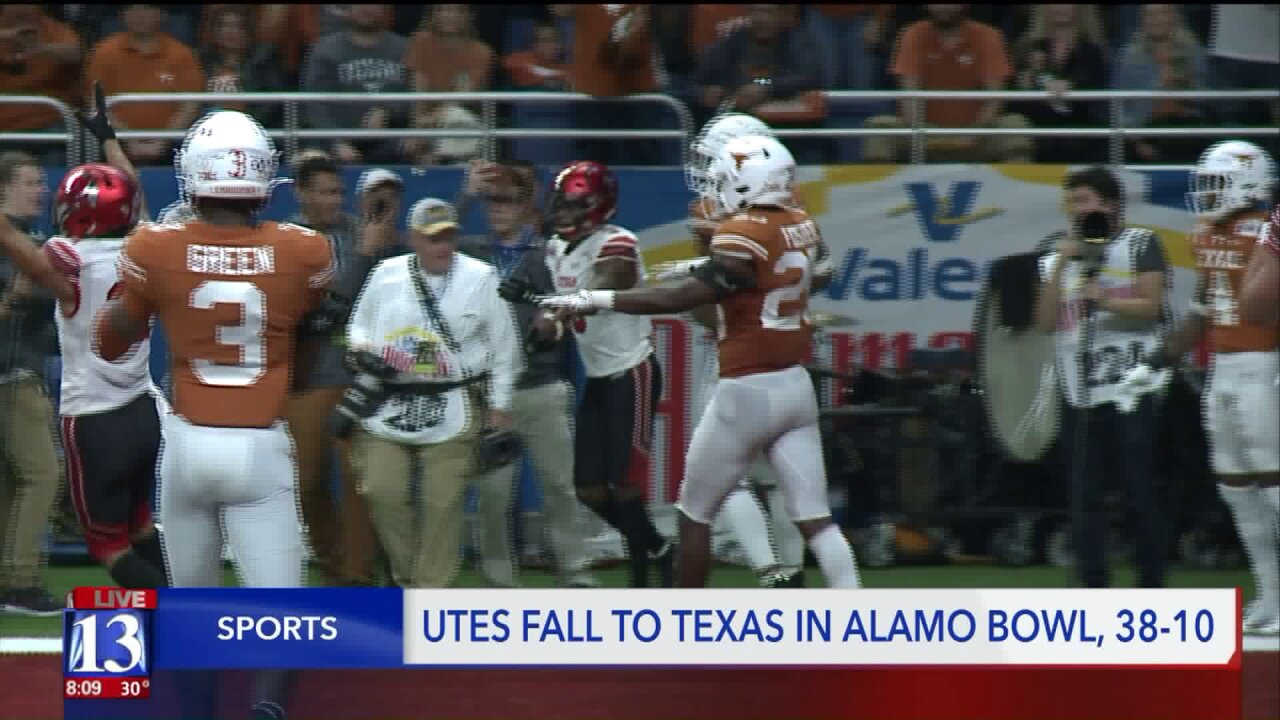 The Texas Longhorns (8-5) scored 38 points to Utah's ten points in the Alamo Bowl.

The thirty-eight points scored against Utah is a rare achievement in 2019 for a Utah opponent.

Utah held Texas to an early with a field goal. Texas scored its first touchdown into the opening of the second quarter.

The second Texas TD was built on a 71-yard punt return that put the Longhorns on the Utah six-yard line.

After Utah failed to convert a 4th down near midfield, Texas scored another TD.

Texas closed the third quarter with another TD, extending the lead to 24-3.

Utah didn't score its first touchdown until the 4th quarter. Demari Simpkins pulled in the TD pass on a four-yard reception. It was Simpkins' second touchdown of the season.

Texas scored touchdowns on its next two drives, ending the game 38-10.

This Utah team finished the season with the third-most wins in school history.

Quarterback Tyler Huntley finishes his Utah career as a top-five player in ten categories at the school.

Bradley Anae tops the program record for career sacks with 30 overall. He made 13 sacks this season.