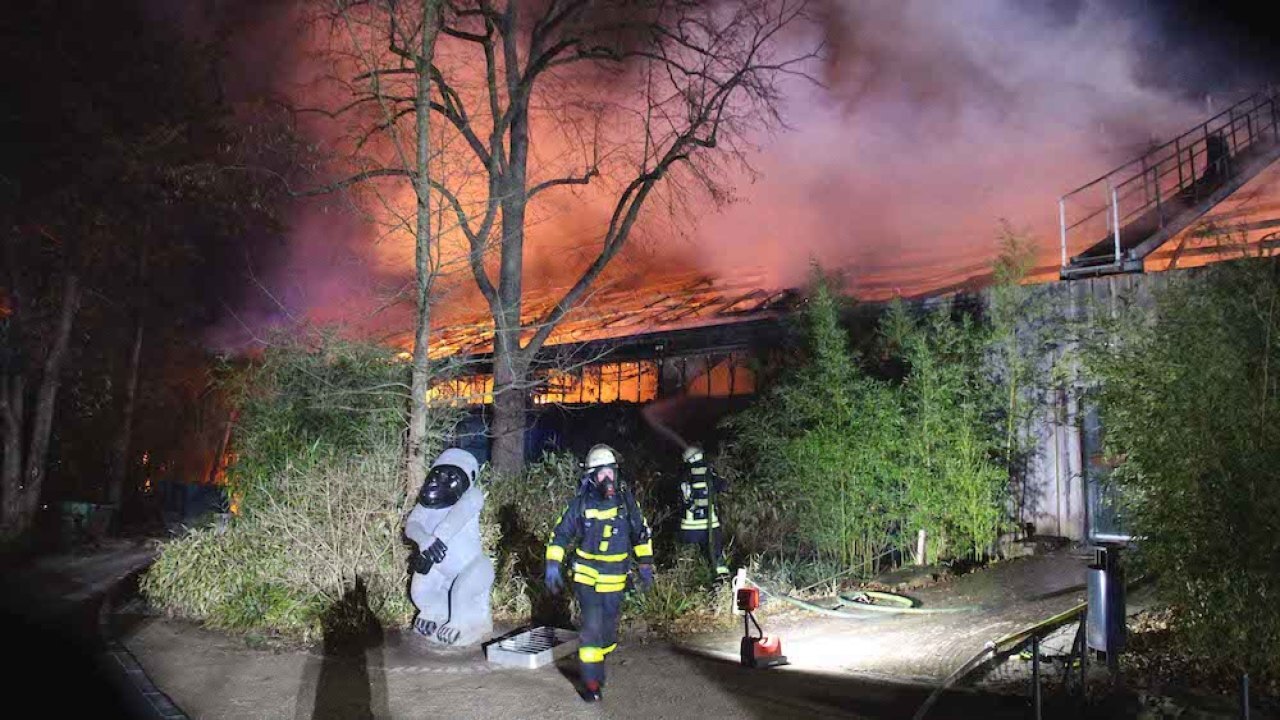 (CNN) — Scores of animals were killed when a fire tore through a monkey enclosure at Krefeld Zoo in northwestern Germany in the early hours of New Year’s Day.

“Our Monkey House fell victim to a fire that started more or less around midnight,” Zoo director Wolfgang Dressen told reporters at a media conference. “We don’t know exactly when it started yet, but it burnt down the house completely.”

Dressen said it was “the hardest day that Krefeld Zoo has ever had.”

“For us it is especially tragic that the tenants of this house, birds and mammals, were victims of the fire last night,” he added. “Among them were highly endangered monkeys like orangutans from Borneo, lowland gorillas from Central Africa and chimpanzees from West Africa.”

In a statement on its Facebook page, the zoo said two chimpanzees — named Bally and Limbo — survived the blaze, “like a miracle… they are only slightly injured.” It said the pair are being taken care of by veterinarians.

The zoo’s Gorilla Garden was spared, according to an earlier statement also shared on Facebook.

While the cause of fire has yet to be confirmed, local police say there are “indications” of what may have led to the blaze.

Krefeld Police spokesman Gerd Hoppmann told the media conference that witnesses had spotted sky lanterns “flying close to the zoo and very low, so we can assume they fell on the ground in this area.”

“We have opened an investigation commission. As we do in every fire investigation, we remain neutral and focus on finding the cause,” Hoppmann added.