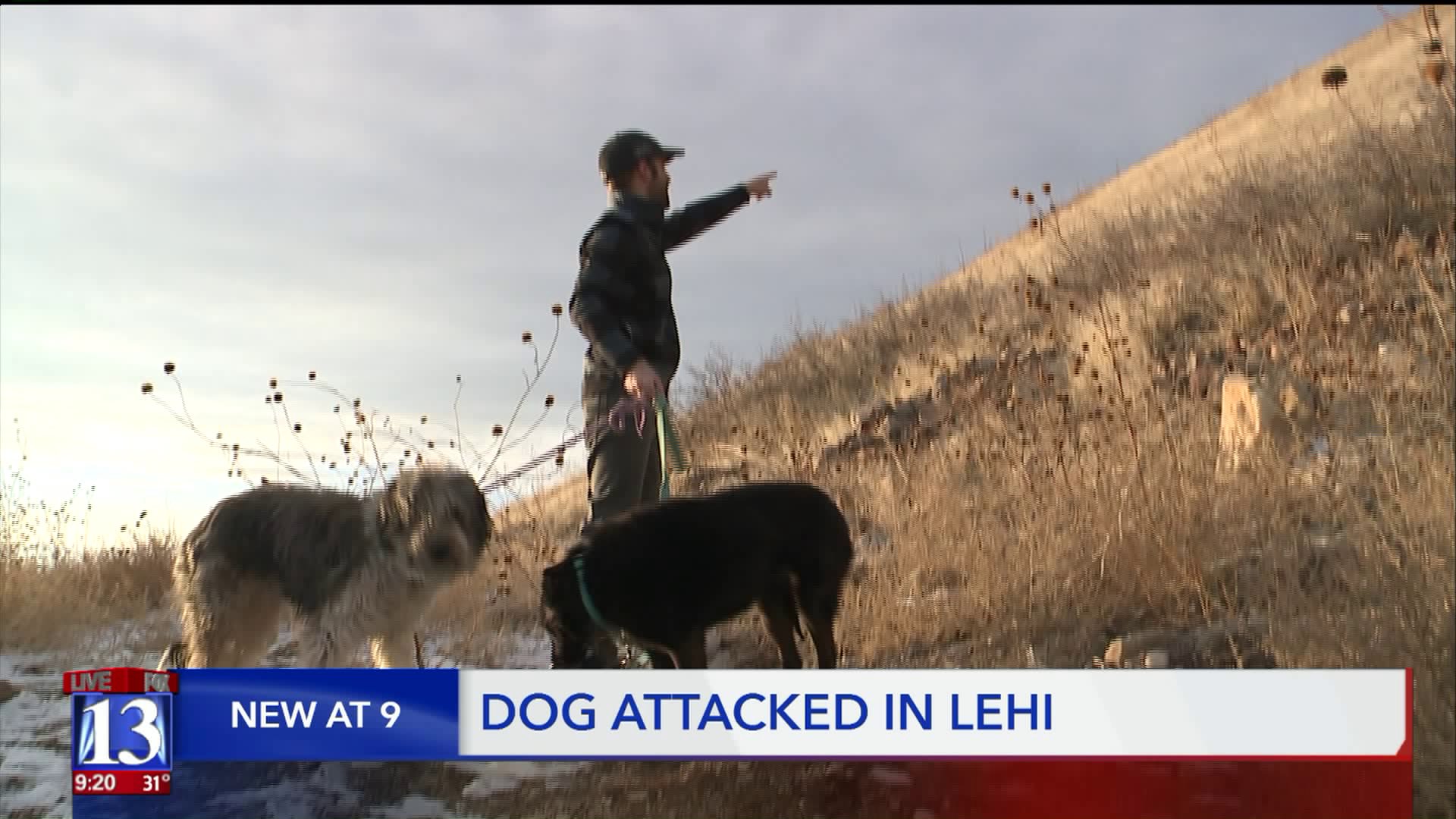 A Lehi family is thankful their dog is alive after they say it was attacked by a cougar just feet from their home. 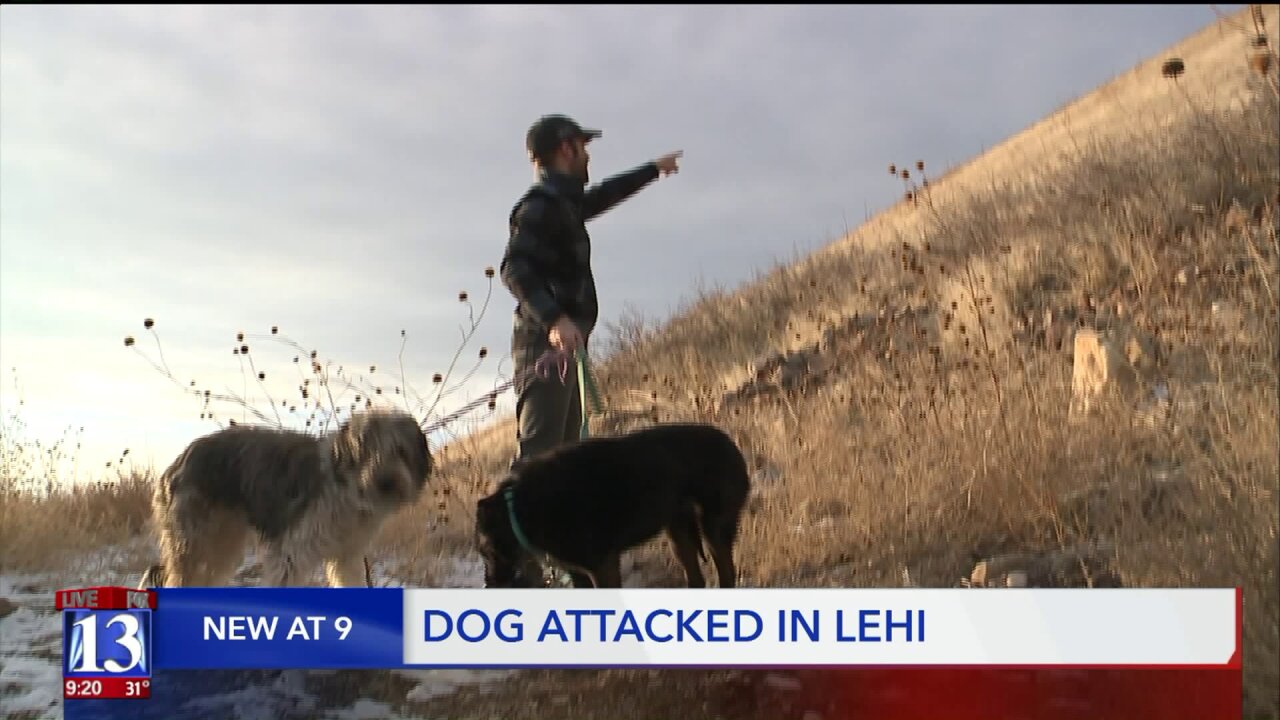 LEHI, Utah – A Lehi family is thankful their dog is alive after they say it was attacked by a cougar just feet from their home.

“Wow! That’s the longest walk you’ve been on in a while,” Mikey Cook said, as his wife returned from a short walk down the block with their dog, Mila.

“We’re very cautious about bringing the dogs out now,” Mikey said as he stood near the line where their backyard opened to a Lehi mountain landscape.

On the other end of a bright turquoise blue leash, you’ll find Mila, their 3-year-old rescue dog – with her tail tucked and nerves on end.

“This is the area where it happened, right up there, so she’s a little traumatized by all of it,” Mikey said.

“It’s okay, hi,” Mikey said to Mila as he gave her head a rub. “She’s a good dog, she’s just a little frightened.”

Mila typically runs free in the wide-open space. But now, just a few feet from her home, she’s staying close.

“She has a hard time coming out of the kennel when we say we’re going to go outside, so I think it’s safe to say it really scared her as well,” said Mikey.

Mikey said it was a traumatizing experience… a few weeks ago, on November 11, they had let the dogs out for their routine, nightly potty break.

“We usually let them out without their leashes on so they can just run out here out the door and come back in,” Mikey explained.

That night, the routine had taken an unexpected turn.

“She ran off right up there,” he said as he pointed up the mountainside just off their property line.

“We just thought she was chasing after the deer,” he continued.

Little did they know something else had its eye on the black Aussie-Lab mix.

“She shrieked and came hobbling back to us,” Mikey said. “She immediately came running back, we can only imagine what would have happened if she didn’t come running back.”

A cougar had been hiding in the nearest bush to their home.

“The cougar went right up out of that bush right over the side,” Mikey said as he pointed to a bush not five yards from where he was standing.

“We didn’t really know what to do, it’s never happened before,” he said.

Mila got away, but not before the cougar left its mark.

“Come here, sweetheart, it’s okay,” Mikey said as he reached for Mila’s tail. “That’s what’s left of it,” he said as he held it up to show a stubby, shaved end.

The Cooks took her to the vet as soon as they found the wound through inches of thick black fur.

“It was an open wound, all the way through her tail,” he said referencing a picture of the wound a few inches long.

“[The veterinarian] said they’d never seen anything like this, he said it’d pretty scary and said we’re lucky that it was only her tail and not another body part,” Mikey reiterated.

Mikey said their veterinarian was concerned the flesh wound wouldn’t heal and the tail would need to be amputated to prevent the spread of infection.

“They put her under so they could start trimming up the tail and then they prescribed the medications and the antibiotics for her… we’re lucky to say that it actually worked and it’s healed,” Mikey said as he looked again at Mila’s tail, still in his hand.

After nearly a month of treatment, Mila is anxious and her tail looks a little different – but, she’s healthy and alive.

“Just be careful,” Mikey said. “As a dog parent, I mean it’s something where they’re family, so we do anything we can to protect them… just in your backyard, you never know.”

If you encounter a cougar, the Utah Division of Wildlife Resources says you should never run, maintain eye contact, and keep children or pets very close. CLICK HERE for more information on cougars and encounters.