Alex Jones and Infowars ordered to pay $100,000 in fees for Sandy Hook case 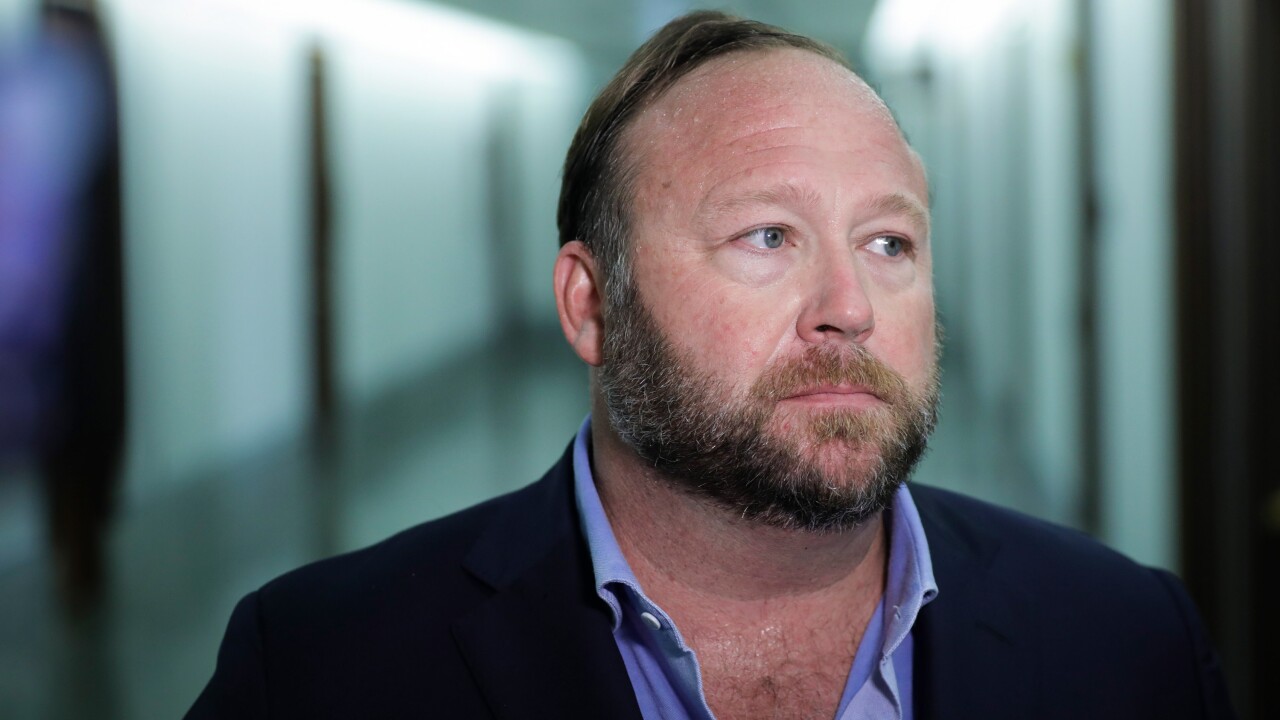 Conspiracy theorist Alex Jones and Free Speech Systems, the parent company of his fringe right-wing website Infowars, must pay about $100,000 in his adversary’s legal expenses as a penalty stemming from a defamation suit against them. Source: Drew Angerer/Getty Images

(CNN) — Conspiracy theorist Alex Jones and Free Speech Systems, the parent company of his website Infowars, must pay about $100,000 in his adversary’s legal expenses as a penalty stemming from a defamation suit against them.

Neil Heslin, whose 6-year-old son Jesse was killed in the mass shooting at Sandy Hook Elementary School in Newtown, Connecticut, in December 2012, sued Jones and Infowars in April 2018 for making allegedly defamatory statements against him and other victims’ families. Jones “has repeatedly and unequivocally called the Sandy Hook shooting a hoax,” according to the lawsuit.

Earlier this month, Texas judge Scott Jenkins granted Heslin’s motion for sanctions and legal expenses after the defendants disobeyed a court order to provide a witness list and documentation, and ordered the defendants to pay Heslin’s legal fees, in the amount of $65,825.

In a separate decision, Jenkins ruled against the defendants’ motion to dismiss and ordered the defendants pay Heslin $34,323.80 in legal fees.

“Mr. Jones is learning there are severe consequences for his refusal to take these lawsuits seriously,” Mark Bankston, Heslin’s attorney, said in an email to CNN Business.

Bankston told CNN Business he expects a jury trial against Jones to be scheduled before the end of 2020. The suit was filed in Travis County District Court in Austin, Texas, where Jones operates Infowars.

In an email to CNN Business, Jones’s attorney, T. Wade Jefferies, framed Jones’s statements as a matter of protected political speech, and said, “the case should have been dismissed, but the trial court did not do so. This erroneous decision will be appealed.”

Regarding the legal fees, Jefferies said that, by law, “some of the attorney fees award was required to be awarded to the prevailing party on the Motions to Dismiss” and that “the balance of the attorney’s fee award was for procedural matters handled by previous out of state counsel” who has since been replaced.

Jefferies denied his clients’ involvement in the discovery issues leading to the sanctions award, saying that “such issues have been, or will be, cured.” He also said that the amount the court awarded for attorney fees is “excessive.”

Heslin’s suit was the first legal action taken against Jones for his false statements about the Sandy Hook shooting, but it’s not the only suit against the conspiracy theorist currently pending. In May 2018, families of four students and two educators who died in the shooting filed a suit in a Connecticut court. The case argues a reasonable person would understand Jones’s statements meant the Sandy Hook massacre was staged and the deaths were fabricated. Jones denied the allegations. That lawsuit has been stalled, The New York Times reported. The defendants in that suit are appealing to the Connecticut Supreme Court the trial court’s ruling striking their motion to dismiss.