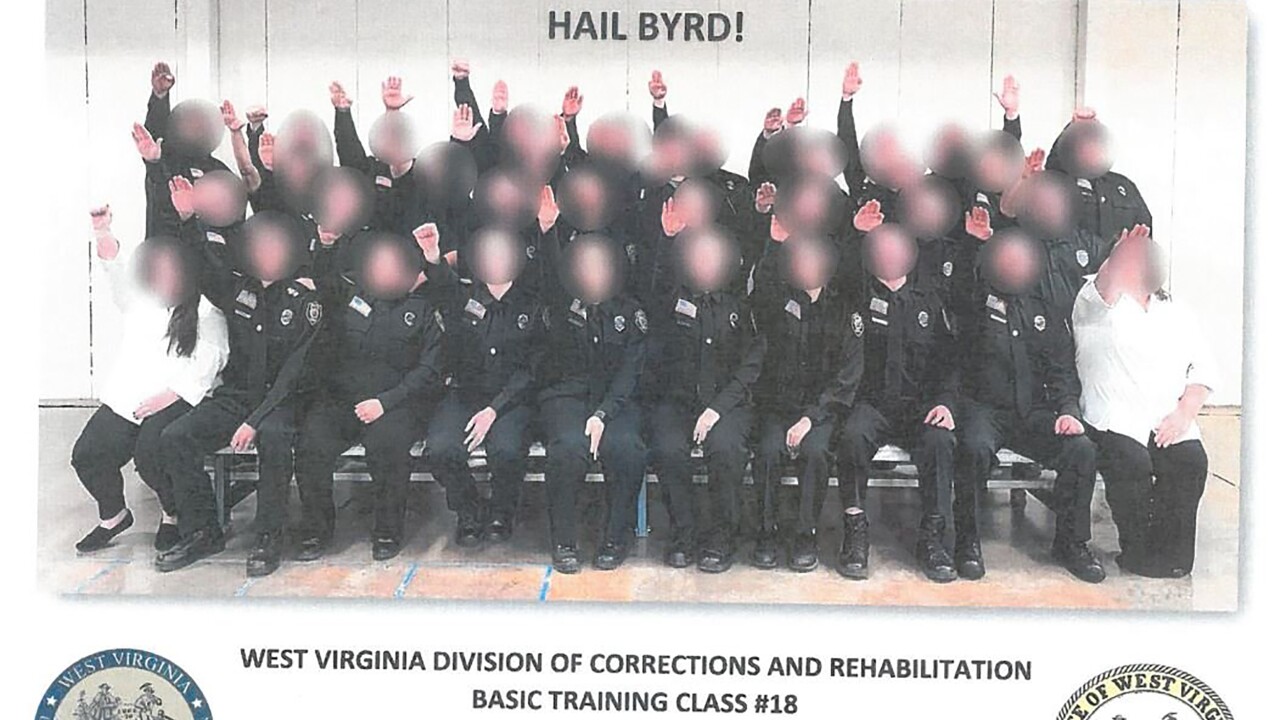 Officials are denouncing a photo that appears to show corrections trainees giving a Nazi salute. Source: WV Division of Corrections

(CNN) — A number of employees of the West Virginia Division of Corrections and Rehabilitation have been suspended amid an investigation into a photograph showing a training class apparently giving a Nazi salute, officials said.

The image shows the class members each with a raised arm as the text above reads “HAIL BYRD!” The faces of the trainees and several other people have been blurred out.

The text refers to a training instructor for the class, said the state Department of Military Affairs and Public Safety, which released the photo.

“It is distasteful, hurtful, disturbing, highly insensitive, and completely inappropriate,” he wrote in a letter. “It undermines the high standards that have been set for our Division of Corrections and Rehabilitation. It betrays the professionalism I have seen time and time again displayed and practiced by our brave correctional employees.”

Sen. Joe Manchin said: “This behavior warrants an immediate investigation and anyone who participated in any hateful and disgusting action should not be able to work for or be paid by the federal or state government and should be removed from their position immediately,” he said.

While several employees have been suspended, Division of Corrections Commissioner Betsy Jividen has also directed that all copies of the photo be destroyed or otherwise taken out of circulation “to keep its harm from spreading,” Sandy said.

The department informed faith and community leaders of the incident and asked for their help in addressing the situation including with recommending changes or additions to training programs, Sandy wrote.