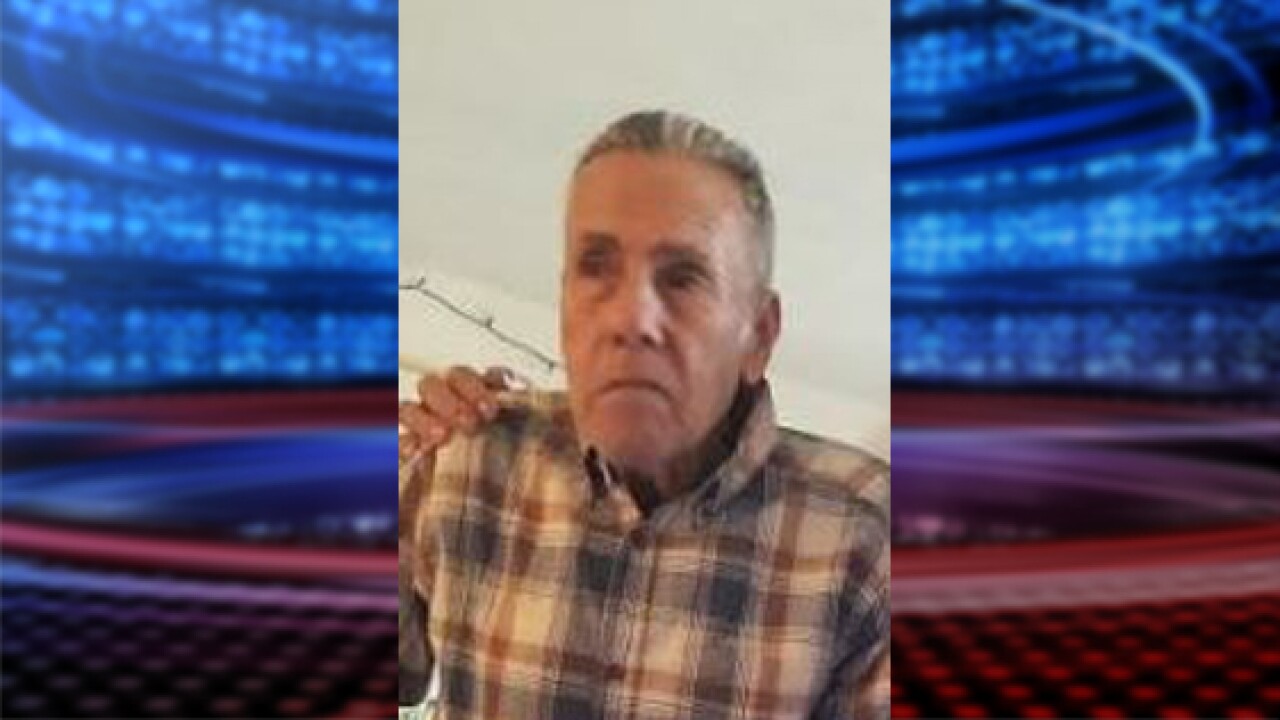 SOUTH SALT LAKE — A man has been found safe after South Salt Lake Police issued a Silver Alert just after 10 p.m. Monday. The missing man was an 81-year-old who the police considered endangered.

Police say Oscar DeLeon walked away from “820 Apartments” at 829 West Creek Bend Drive (3900 South). He was last seen at 3 p.m. Police say he suffers from dementia and was considered endangered because of weather conditions.

He is Hispanic, 5’2″, 130 pounds with gray hair and a mustache, and he walks with a cane. Before he was found, he was wearing a brown hoodie, black jacket, gray pants, a beanie hat, and black water shoes with red sides.