The cost of getting genealogical records from the government could go up nearly 500%. An effort is underway to stop that 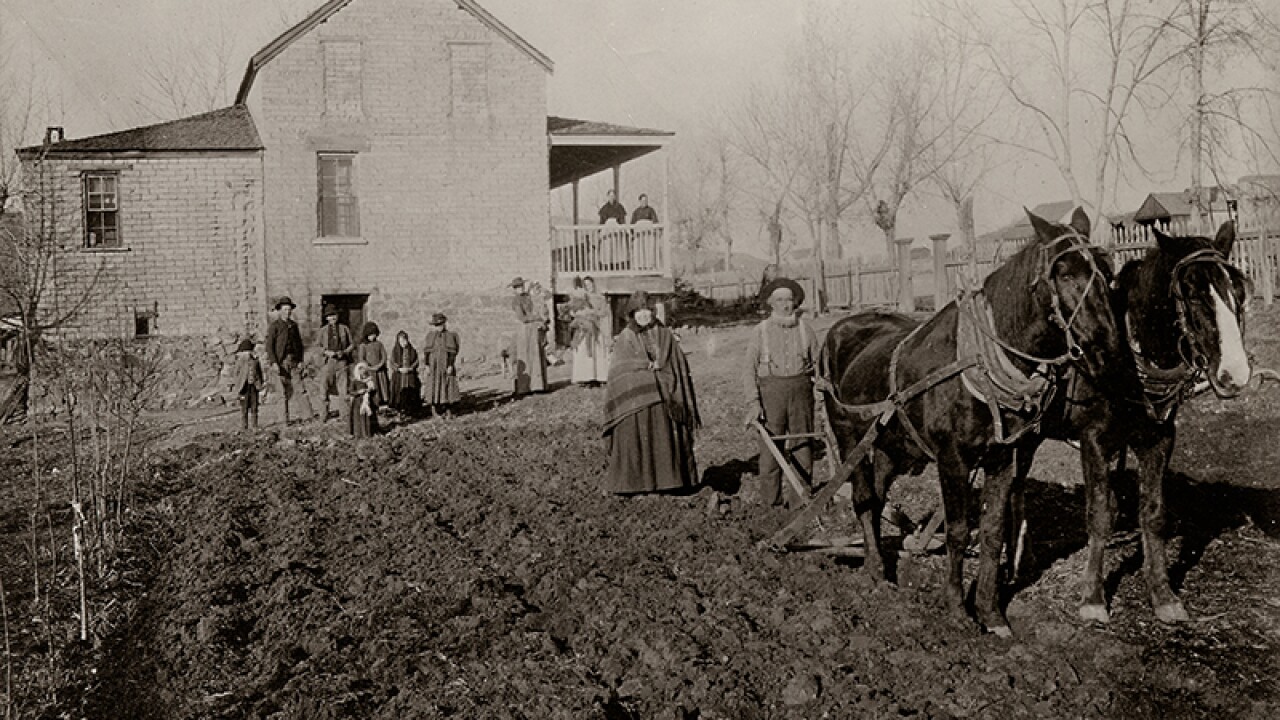 William Carter and family taken in 1893 in St. George. William Carter was among those who plowed Utah’s first field near the City and County Building in Salt Lake City in July of 1847. Courtesy of LDS Church History Library.

(CNN) — Unearthing the roots of your family tree is on the verge of becoming a lot more expensive.

United States Citizenship and Immigration Services (USCIS), the agency that oversees the country’s immigration and naturalization system, has proposed significantly increasing fees for a number of applications and documents, including historical records of deceased immigrants who came to the United States between the late-19th and mid-20th centuries.

In some cases, the proposed fees would amount to an increase of nearly 500% — making what was once a relatively affordable process out of reach for many people.

A group of genealogists, historians and records-access advocates is organizing a public campaign to persuade the USCIS not to hike the fees.

“We’ve been trying to encourage as many folks as we can, both in the genealogical community and outside of the community, that care about access to records and governmental transparency and records preservation to make their voices heard,” Rich Venezia, a professional genealogist who offers research services and one of the people behind “Records, Not Revenue,” told CNN.

Under the USCIS Genealogy Program, anyone who’s interested can obtain naturalization certificates, alien registration forms, visa applications and other records of immigrants from the late 1800s to the mid-1950s.

Among those immigrants are the millions who came in through Ellis Island, from Europe and Asia, the Middle East, Canada and Central America.

The records often provide specific information about where the immigrant previously lived, the people close to them or their political leanings. Some of the files even include photos, giving descendants a rare opportunity to see what their ancestor looked like.

Currently, it costs $65 to have USCIS look through its database and determine whether it has any records on the immigrant being searched for. If it does, it’s another $65 for each copy of a file.

Under the proposed rule, it would cost $240 to request a search of USCIS’ database and $385 to obtain each file.

USCIS says the fee increases are necessary to cover the costs of operating the agency and processing each of the requests it receives.

“USCIS is required to examine incoming and outgoing expenditures, just like a business, and make adjustments based on that analysis,” a spokesperson for the agency said in a November 8 statement. “This proposed adjustment in fees ensures more applicants cover the true cost of their applications and minimizes subsidies from an already over-extended system.”

The agency did not answer questions about how it determined the amounts outlined in its proposal. The public comment period ends December 30.

Venezia said the high cost of obtaining genealogy records from the agency would likely deter many people from requesting them and as a result, offset the potential for generating more money.

“Any revenue they’d think they’d make off this specific part of the agency is likely moot because so few people would be able to afford it,” he told CNN. “The program would likely become obsolete and probably defunct in a matter of time.”

Venezia added that USCIS had not been transparent enough about why the fee hikes were necessary. He also said that many of the documents subject to the fee increases became eligible for transfer to the National Archives earlier this year, meaning they should be available for free.

It’s vital that genealogical records stay affordable, Venezia said, because they allow people to learn about those who came before them.

Those records helped Venezia determine whether some of his personal family stories were fact or folklore. It also helped him confirm the identity of a woman who appears in his family photo albums. Using a photo contained in an alien registration form, he learned that the mystery woman was, in fact, his great-great-grandmother.

The campaign is gaining attention

As of Sunday morning, there have been nearly 25,000 comments submitted in response to USCIS’ proposal, according to a government website, although it’s hard to determine how many of those comments are specific to the fee hikes proposed for the genealogy program.

Other prominent genealogists are also calling attention to the proposed fee hikes, including Jennifer Mendelsohn, who started a viral effort a few years ago called #resistancegenealogy to call out public figures who hold anti-immigration views.

“So in case you’ve missed it, USCIS is about to dramatically raise the price of files ordered through its Genealogy program. Files you can’t get elsewhere. Many of them are supposed to be free. Say no. Please go to recordsnotrevenue.com by 12/30 and leave a public comment,” she tweeted Saturday.

The issue has gotten enough attention that members of Congress have voiced concerns.

Earlier this month, Sen. Mitt Romney released a statement demanding USCIS disclose the annual amount of fees collected by the genealogy program, as well as more information about its budget.

“While interest has grown over the last few years, genealogy research remains primarily a hobby sensitive to financial constraints,” the statement read.

“The proposed rule’s prohibitive fees could make it nearly impossible for an average person to access the Genealogy Program, leading to fewer requests and ultimately mitigating the proposed rule’s intention to fund the USCIS.”