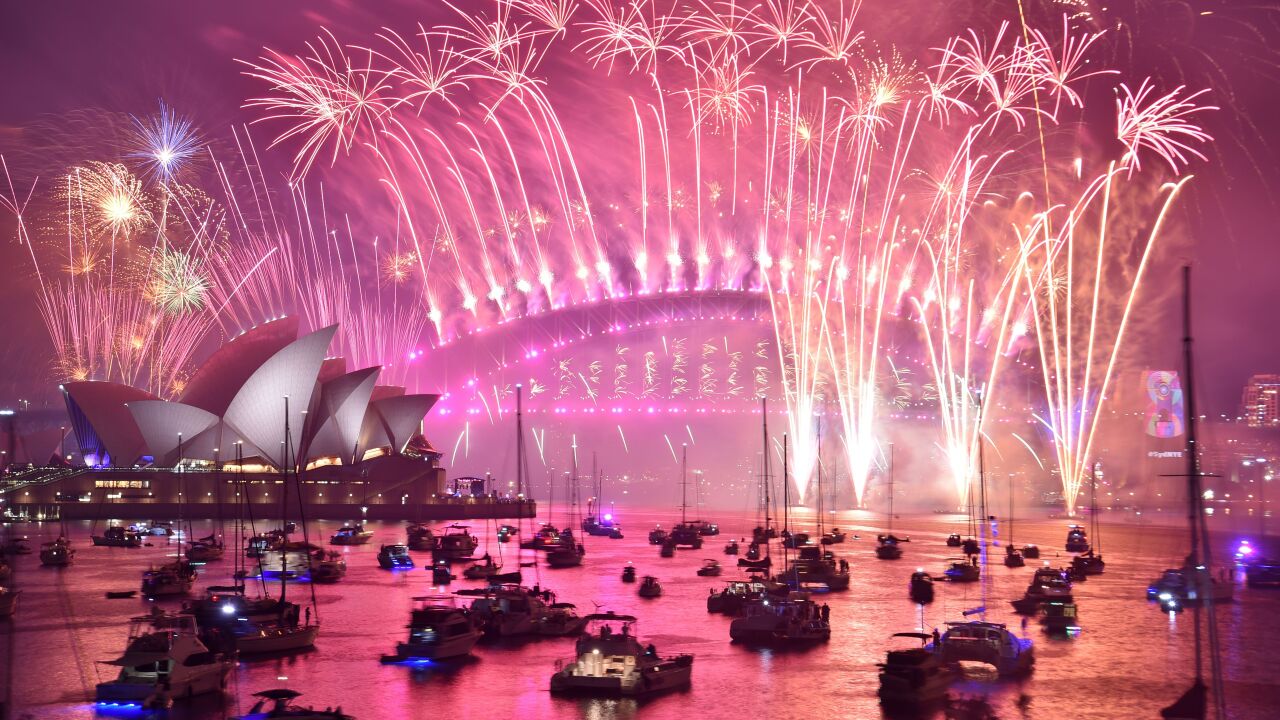 (CNN) — Australian officials are pushing ahead with Sydney’s New Year’s Eve fireworks display despite more than a quarter of a million people signing a petition calling for the event to be scrapped.

The Change.org petition said the funds that would normally be spent on the dazzling firework display should be redistributed towards the firefighting efforts.

The City of Sydney has faced increasing pressure to cancel the event in recent weeks. The state of New South Wales — of which Sydney is the capital — has been the hardest hit by the prolonged fire season.

Linda McCormick, who started the petition over a month ago, said the money should be given to “farmers and firefighters” to “save Australia’s wildlife.” She argued that the fireworks could “traumatise some people as there is enough smoke in the air.” The online petition had been signed by more than 265,000 people by Sunday morning.

Sydney’s Lord Mayor Clover Moore said she had “been moved by the outpouring of support and care for the community” but that the event would continue as planned.

Commenting directly on the petition, Moore said, “Our fireworks are planned 15 months in advance and most of the budget — which is largely allocated to crowd safety and cleaning measures — has already been spent.”

Moore also tweeted Sunday in response to the petition writing, “I appreciate the calls people have made to cancel our New Year’s Eve event, but rather than doing that we’re using the huge reach of #SydNYE to encourage people around the world to support the @RedCrossAU’s important work of helping people who have been affected by disaster.”

Earlier this month, organizers from the City of Sydney said scrapping the show “would have little practical benefit for affected communities.”

“(Canceling) the event would seriously hurt Sydney businesses. It would also ruin plans for tens of thousands of people from across the country and overseas who have booked flights, hotels and restaurants for New Year’s Eve,” the council said in a statement.

Organizers said they had donated $620,000 Australian dollars (almost $433,000) “to support communities and wildlife impacted by bushfire and drought, and offered our trucks and staff to help emergency services with cleanup and recovery efforts.” The council added that the display will be “greener” this year using fireworks that are carbon offset.

Australian Prime Minister Scott Morrison weighed in on the debate recently saying that it was “important to send a message to the world,” according to multiple local news outlets.

“On New Year’s Eve the world looks at Sydney. Every single year. And they look at our vibrancy, they look at our passion, they look at our success, and they all think to themselves, ‘What an amazing place!’ They are right! And so in the midst of the challenges that we have faced, subject to the safety considerations, I can think of no better time to express to the world just how optimistic and positive we are as a country,” the prime minister said, according to the Sydney Morning Herald newspaper.

CNN reached out to Morrison’s office for response to the petition, but has not yet heard back.

Earlier Sunday, Morrison announced that, in conjunction with the New South Wales government, the Australian Federal Government would compensate the state’s volunteer firefighters for loss of income.

Amid mounting criticism and political pressure, Morrison told reporters: “What the commonwealth will be doing together with the states who will administer the payments is to be providing payments for income lost by firefighters — rural fire service volunteers — here in New South Wales. That will be paid with a maximum of up to $6,000 per individual.”

“As this is a very prolonged fire season, this is putting additional demands on our firefighters in particular and it means that the turnouts and the callouts have been far more extensive than in previous years, going well and beyond and above what is normally expected of those who are engaged in volunteer service,” the conservative leader added.

The Change.org petition claimed Sydney spent $5.8 million on last year’s display. CNN has not been able to verify this amount.

While the fireworks look set to go ahead in Sydney, organizers in the Australian capital of Canberra have scrapped their event after a total fire ban was put in place.

For more than two months, deadly bushfires have been burning out of control across Australia and engulfing whole towns, exacerbated by strong winds and rising temperatures.

Australia has experienced one of the worst droughts in decades and sweltered under a record-breaking heat wave last week, when the average maximum temperature across the country hit 41.9 degrees Celsius (107.4 Fahrenheit). At least nine people have died, with one missing, and nearly 800 homes have been destroyed by the fires.

The NSW Rural Fire Service said that although firefighters have now contained half of the 72 bush fires still burning across the state, a fresh heat wave could pose a renewed threat.

On Sunday, authorities in the state of Victoria warned residents and vacationers in the East Gippsland area to evacuate as fire danger in the area increased.

“It is not possible to provide support and aid to all the visitors currently in the East Gippsland region, and if the Princes Highway is impacted, you may not be able to leave for some time. If you live in East Gippsland, you need to move to safer locations,” Crisp added.