There are likely no survivors in Hawaii tour helicopter crash. Search resumes for 7th victim 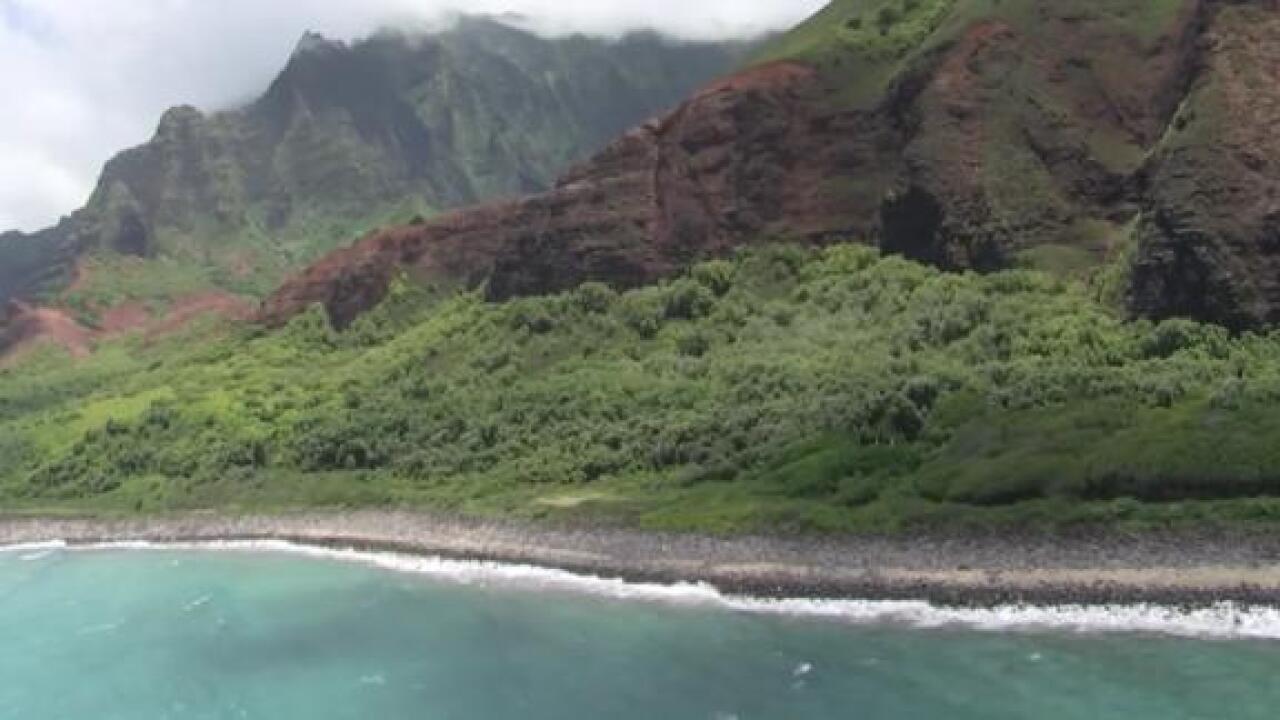 (CNN) — The search is back on for the seventh victim of a tour helicopter that crashed Thursday on the Hawaiian island of Kauai, officials said.

Efforts were suspended due to fog Friday after remains of the other six people onboard were found. It appears there were no survivors, Kauai Fire Department Battalion Chief Solomon Kanoho said.

The helicopter went down about 13 miles north of the city of Hanapepe, the Federal Aviation Administration said. The last communication from the pilot came around 4:40 p.m. local time, about 40 minutes before the helicopter was due to return, Coast Guard Chief Petty Officer Sara Muir told CNN on Friday.

The debris was found in a remote area of a state park on the island’s northwest side, police said in a news release.

Safari Helicopters has confirmed its helicopter was missing but declined to provide additional details.

Multiple agencies, including the US Coast Guard, the US Navy and the Kauai Fire Department, were involved in searching for the helicopter and were aided by private helicopter companies.

The aircraft was equipped with an electronic locator, but officials did not receive a signal from it, Muir said.

“There was a cold front that came through the area around that time, bringing scattered showers and an increase of wind gusts,” CNN meteorologist Robert Shackelford said.

The FAA and National Transportation Safety Board are investigating the crash of what the FAA said was a Eurocopter AS350 B2.

Some parts only accessible by sea or air

Several tour companies conduct helicopter tours every day on Kauai, depending on the weather, the Coast Guard said. Nearly 80% of the island — sometimes called the “Garden Island” — is uninhabited. Some parts are only accessible by sea or air, according to Hawaii’s travel website.

Earlier this year, three people were killed on the island of Oahu when their tour helicopter crashed in a residential neighborhood.