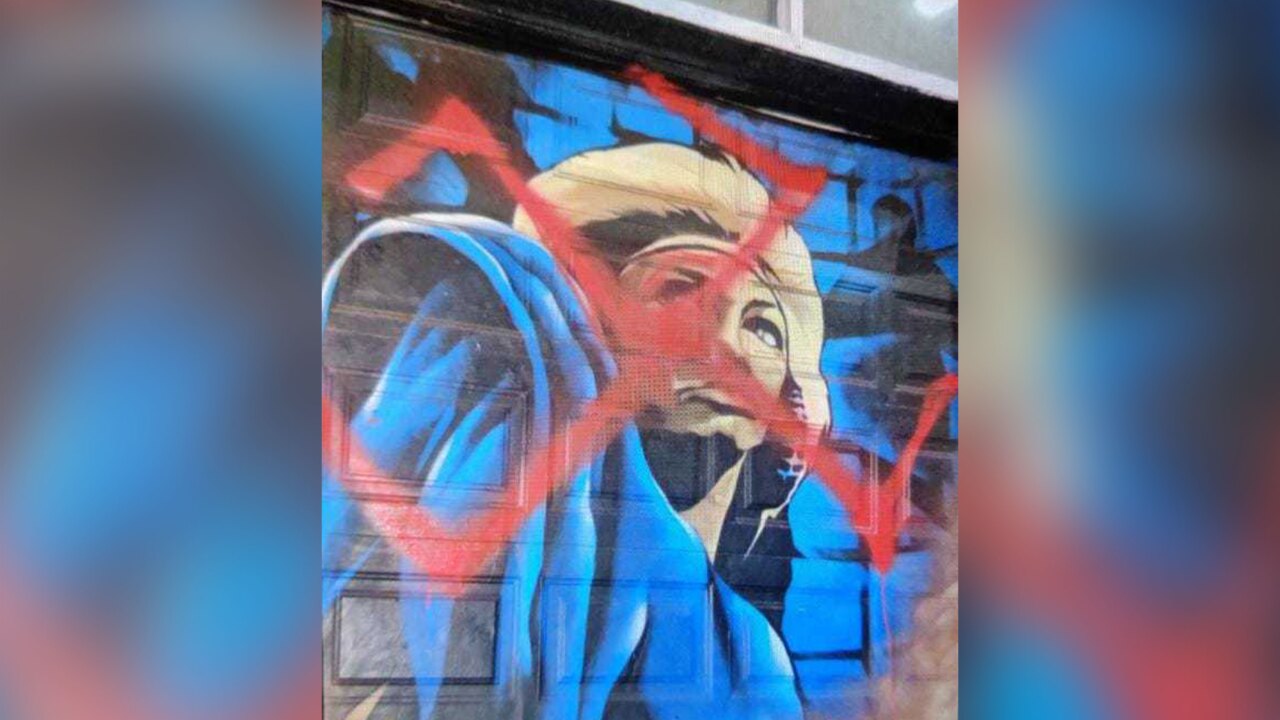 A mural of Tina Turner in Asheville, North Carolina, was defaced with an incorrectly drawn swastika. Source: Arieh Samson

(CNN) — A mural of legendary singer Tina Turner was vandalized with a red “swastika-type symbol” in Asheville, North Carolina, according a police report.

The Nazi symbol, drawn incorrectly, appeared on Monday evening and was reported to police the next day, according to a report from the Asheville Police Department.

The mural was located on the pull-down storefront of a record store, Static Age Records.

An employee of the store, Arieh Samson, told CNN that his reaction to the incident was “a mix of deep disappointment and anger.”

“Our record store isn’t just a record store,” Samson told CNN. “It’s a community space that hosts events multiple times a week. It’s truly a safe and inclusive space for many aspects of the community.”

CNN has reached out to the store owner for comment but has not heard back.