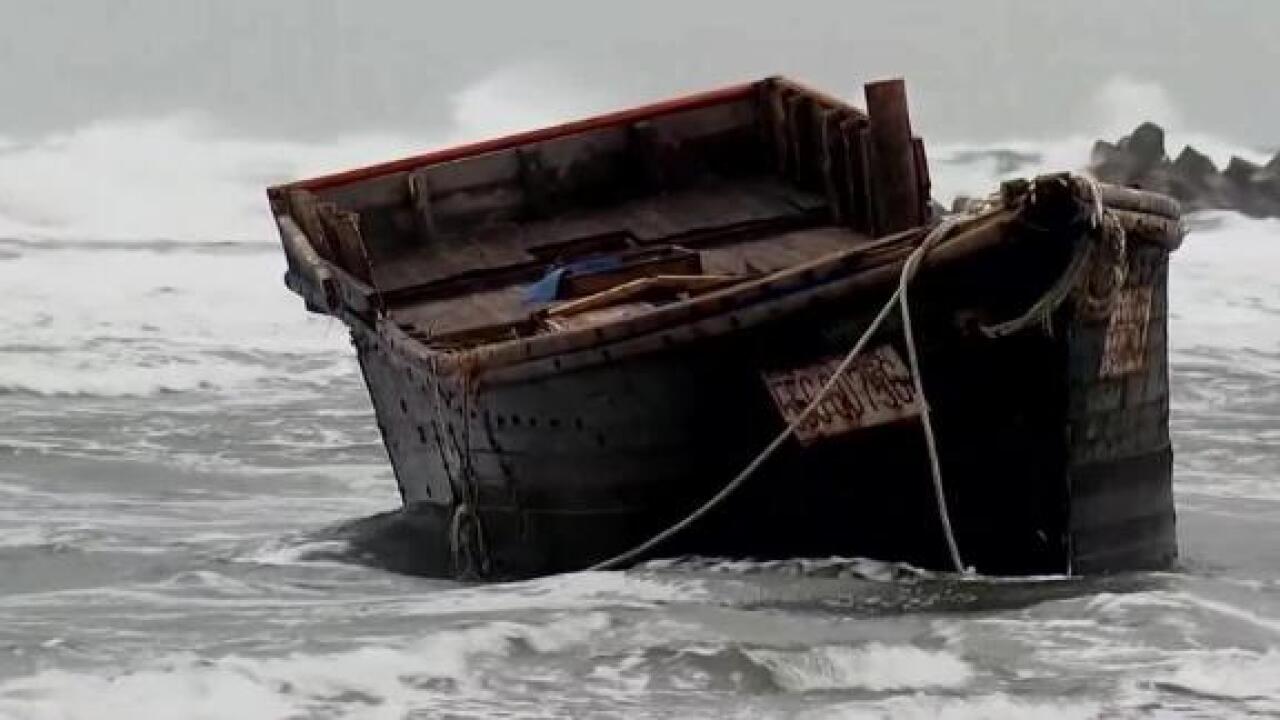 (CNN) — Seven bodies were found on the remnants of a wooden boat which has washed onto the shores of the Japanese island Sado, Japanese public broadcaster NHK reported.

A police officer made the gruesome discovery on Friday. After a thorough search by law enforcement and the Coast Guard, two decapitated heads were found on the boat.

The ghost ship is believed to have come from North Korea as the sides was covered in Korean numbers and letters in red paint.

These ghost ships are nothing new. For years, North Korean boats, dubbed “ghost ships,” have been washing up on Japanese shores.

This has been thought to be the grim consequences of shipwrecks due to harsh winter ocean in the Sea of Japan. Many of the North Korean boats drifting onto Japanese beaches are ill-equipped to travel such a vast distance across open sea.