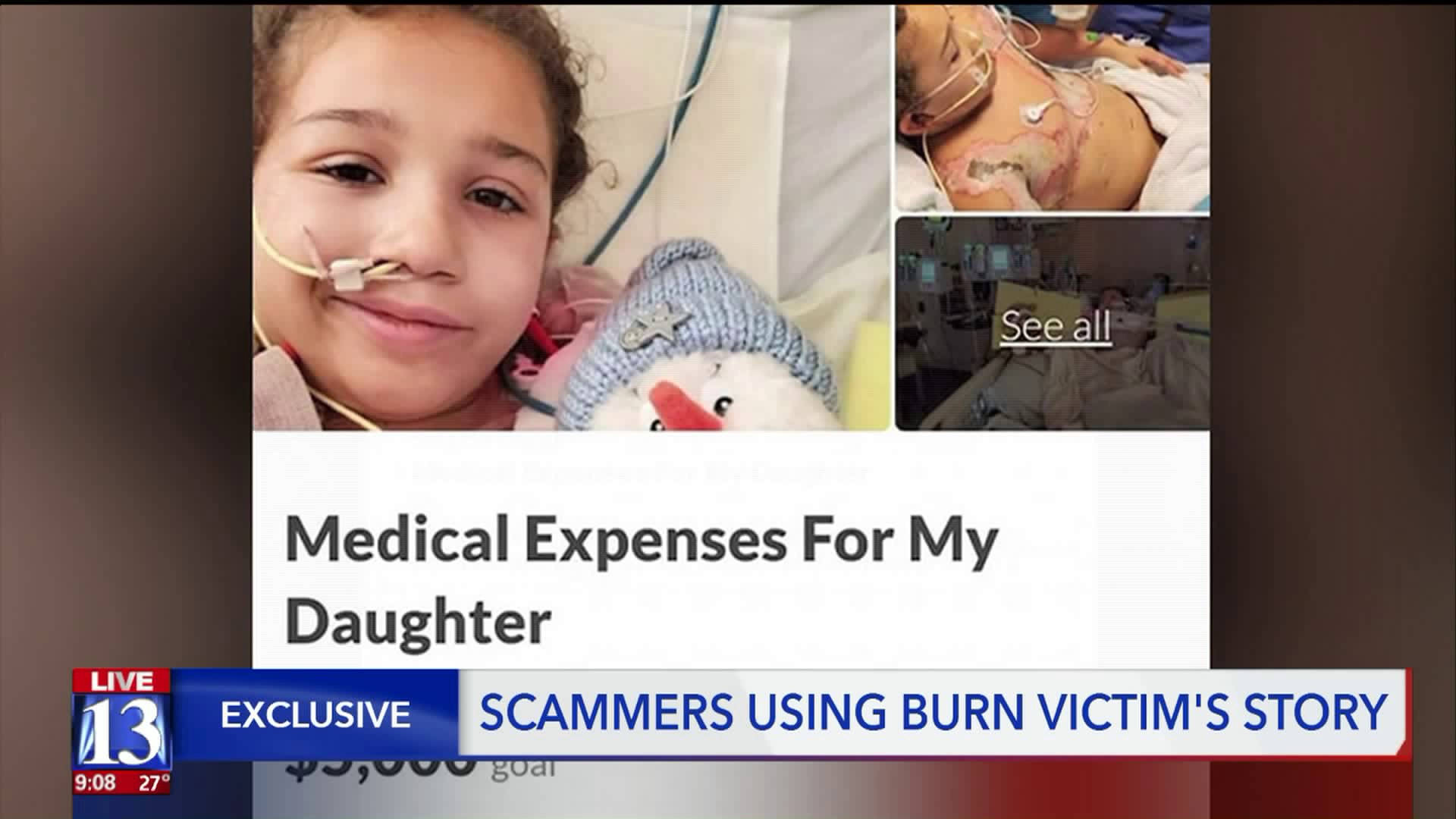 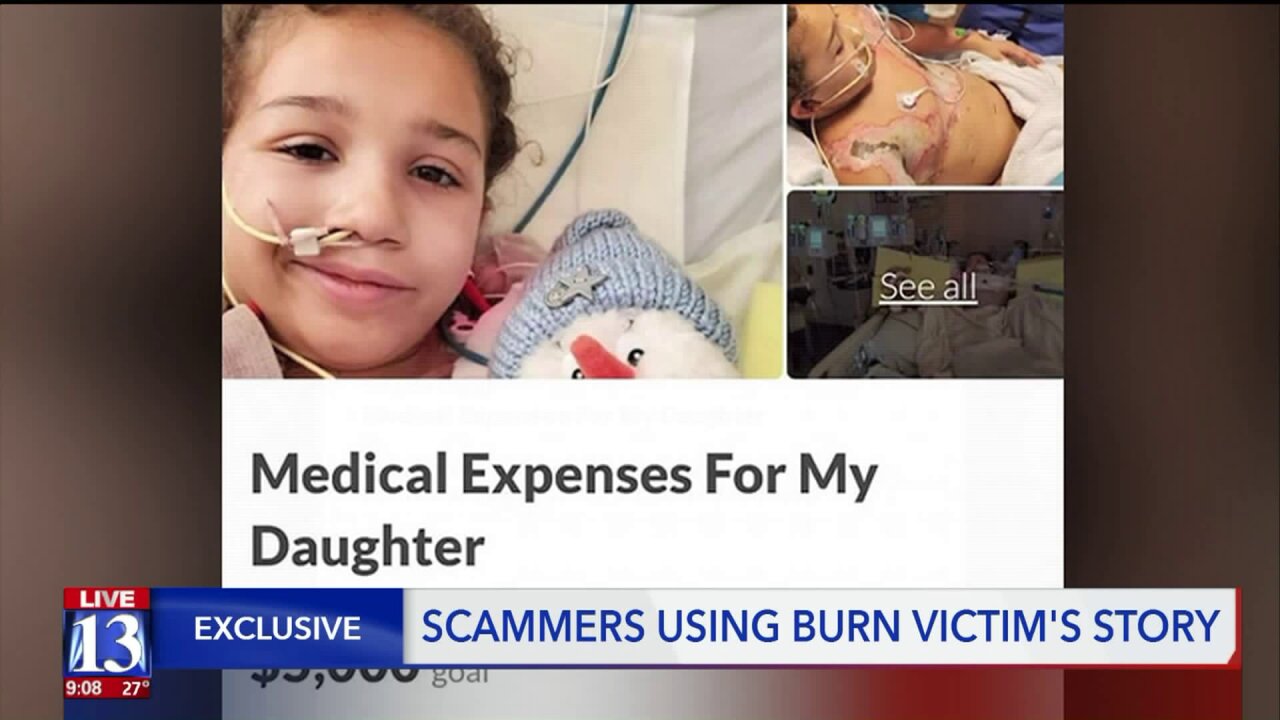 Thousands of Christmas cards and gifts were sent for Aaliyah staying at the University of Utah’s burn unit.

Aaliyah suffers burns over 25 percent of her body. She reached over a candle, catching to her sequin shirt on fire on December 14 in Mountain Home, Idaho.

“I am shocked at the amount of support that we have gotten from a town where nobody knows us,” Tia said.

More than $14,000 already given to the family caught the attention of scammers hoping to exploit the generosity of strangers.

“I couldn’t believe that people would do that. I was disgusted by it,” Tia said.

A week after the accident, a GoFundMe campaign asking for $5,000 popped up. A woman supposedly from Georgia was pretending to be Aaliyah’s mother. The campaign even mentioned FOX 13 News’ original report.

“She went on and she had literally copied and pasted stuff from my Facebook,” Simmons said.

When confronted, the scammer wrote, “I’m still going to do it” and hoped that Aaliyah would die.

The family is aware two other bogus campaigns have since been created.

GoFundMe did not respond to FOX 13 News’ request for an interview.

On their website, they claim “fraudulent campaigns make up less than one-tenth of one percent of all campaigns” adding the site takes swift action.

The Federal Trade Commission warns people should not assume pleas for help on social media or on crowdfunding sites are legitimate. Instead, pay directly with a check or credit card.

GoFundMe has. Since removed the fake campaigns, refunded the money and Salt Lake Police are investigating.

While the exploitation leaves a sour taste, Tia says she’s forever thankful for the strangers who’ve encouraged Aaliyah during this difficult time.

Aaliyah is expecting to be in Salt Lake City four more weeks before she is released from the hospital.