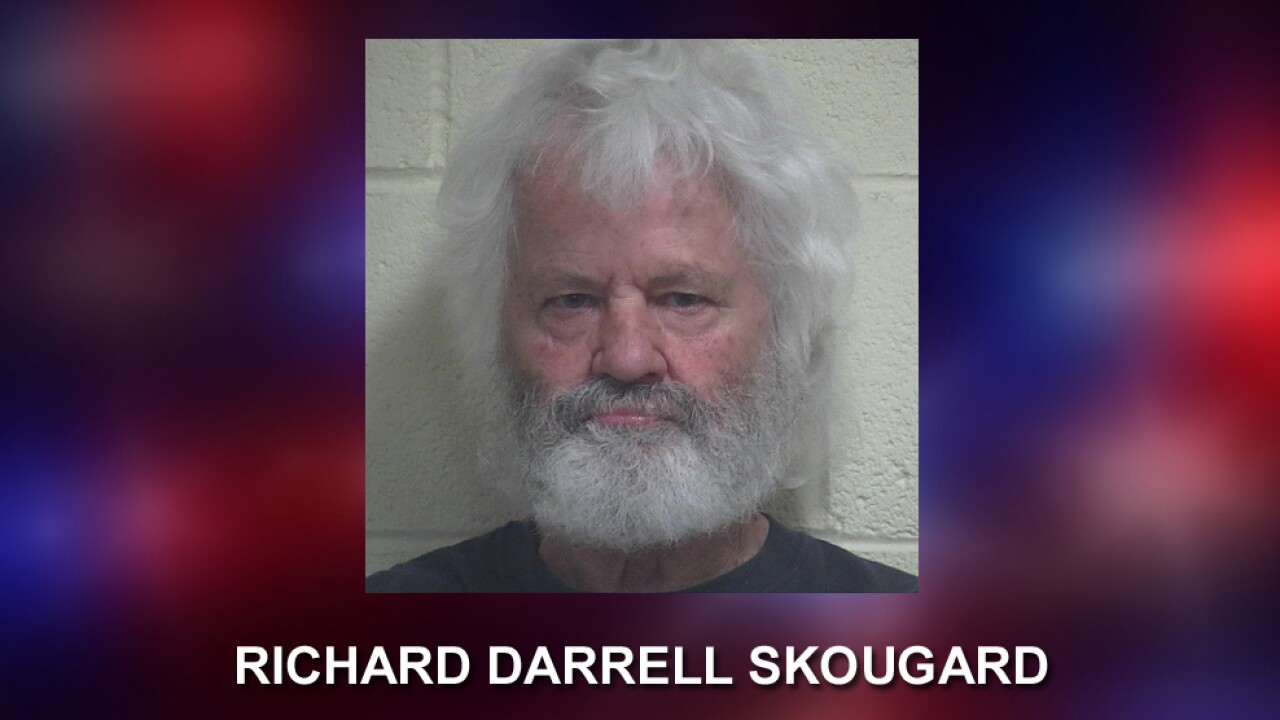 IRON COUNTY, Utah — A man was arrested on suspicion of two felony charges earlier this week after a mentally disabled woman accused him of assaulting her.

Richard Darrell Skougard, 72, faces charges of forcible sodomy and aggravated assault after a woman reported she had been raped in May of 2018.

According to a probable cause statement, a mutual friend of Skougard and the alleged victim told investigators he heard the woman crying for help and was able to subdue Skougard.

“[The mutual friend] pulled Mr. Skougard off of [the woman] and repeatedly kicked him until Skougard was subdued and no longer a threat to [the woman],” the statement said.

The woman initially refused to report the alleged assault to police and “the subject appeared to upset her,” the statement said, but she came forward in September of this year.

“[The mutual friend] was also concerned that he may face legal consequences for assaulting Mr. Skougard,” the probable cause statement said.

Skougard is also accused of following the mutual friend around town and threatening him, saying “If you say anything, I will end you,” the probable cause statement said.

According to the Iron County Sheriff’s Office, Skougard has a criminal history and was sentenced to prison for a felony charge of aggravated assault with a weapon.

Skougard is due in Fifth District Court for his initial appearance on December 30.