All-clear given after Walmart evacuated in Saratoga Springs 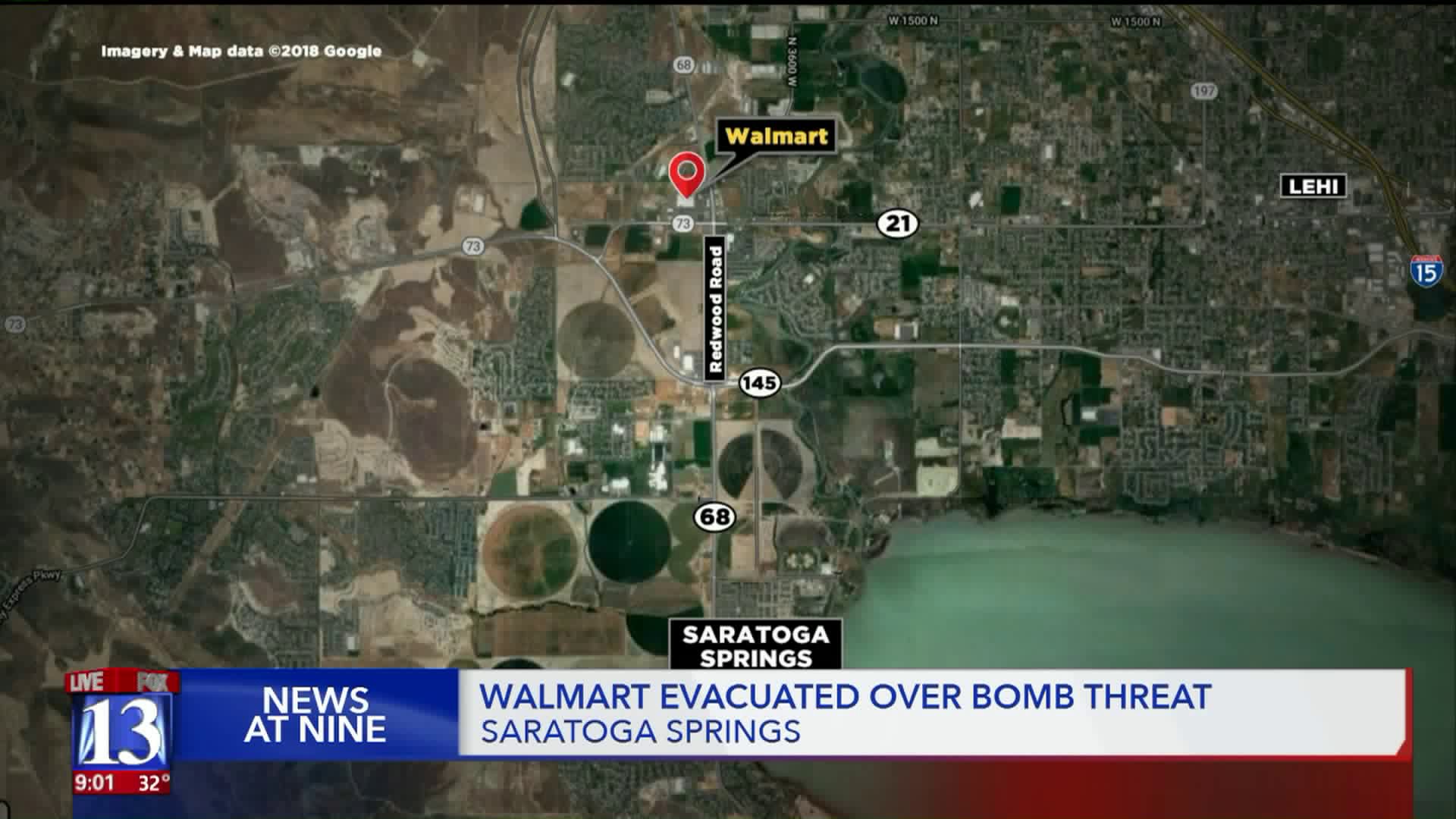 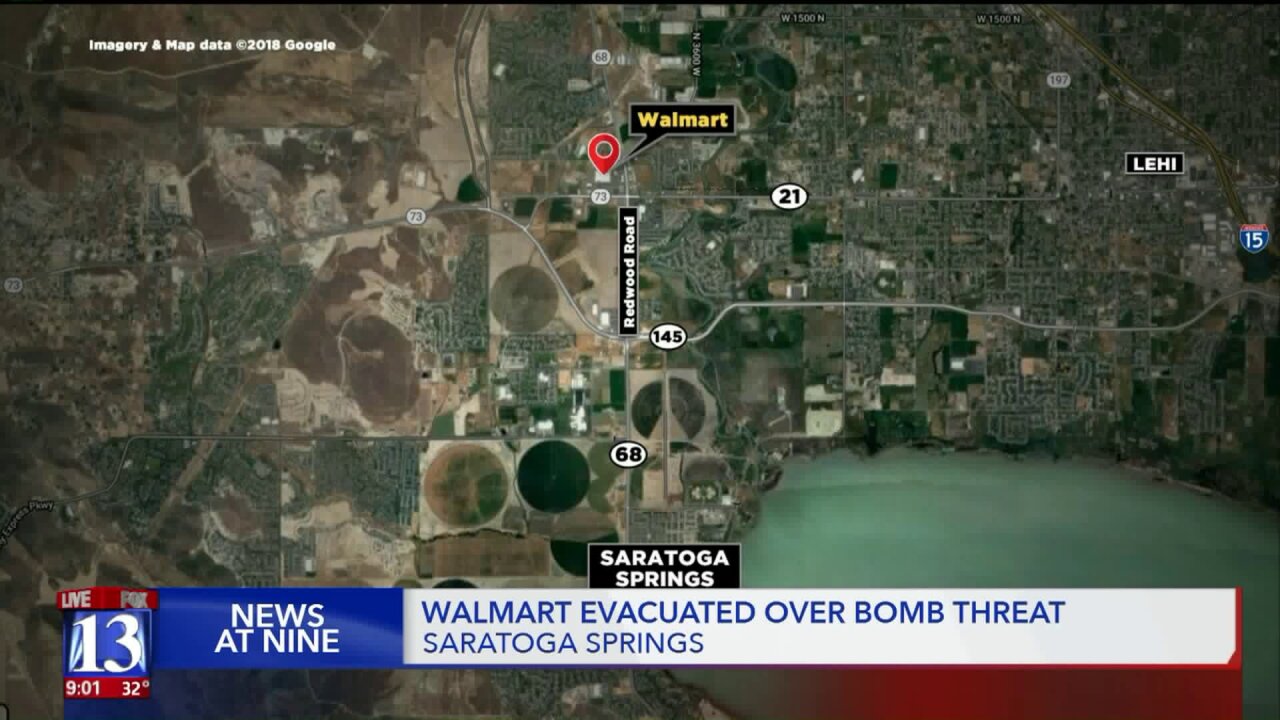 SARATOGA SPRINGS, Utah -- The Walmart in Saratoga Springs was evacuated Thursday evening due to a bomb threat, but was cleared to reopen after a bomb squad cleared the scene.

According to a post on the Saratoga Springs Police Department Facebook page, a bomb threat was made around 6 p.m. and the store was evacuated.

Another post at 7:30 indicated that officers from Saratoga Springs and the Utah County Sheriff's Office bomb squad had finished a sweep of Walmart and nothing was found.

Bomb-sniffing dogs were deployed as a precaution, but no explosives were detected.

The Walmart was opened to the public a short time after employees were allowed to return.

Investigators are in the process of tracking down the source of the threat that was phoned in to the store.