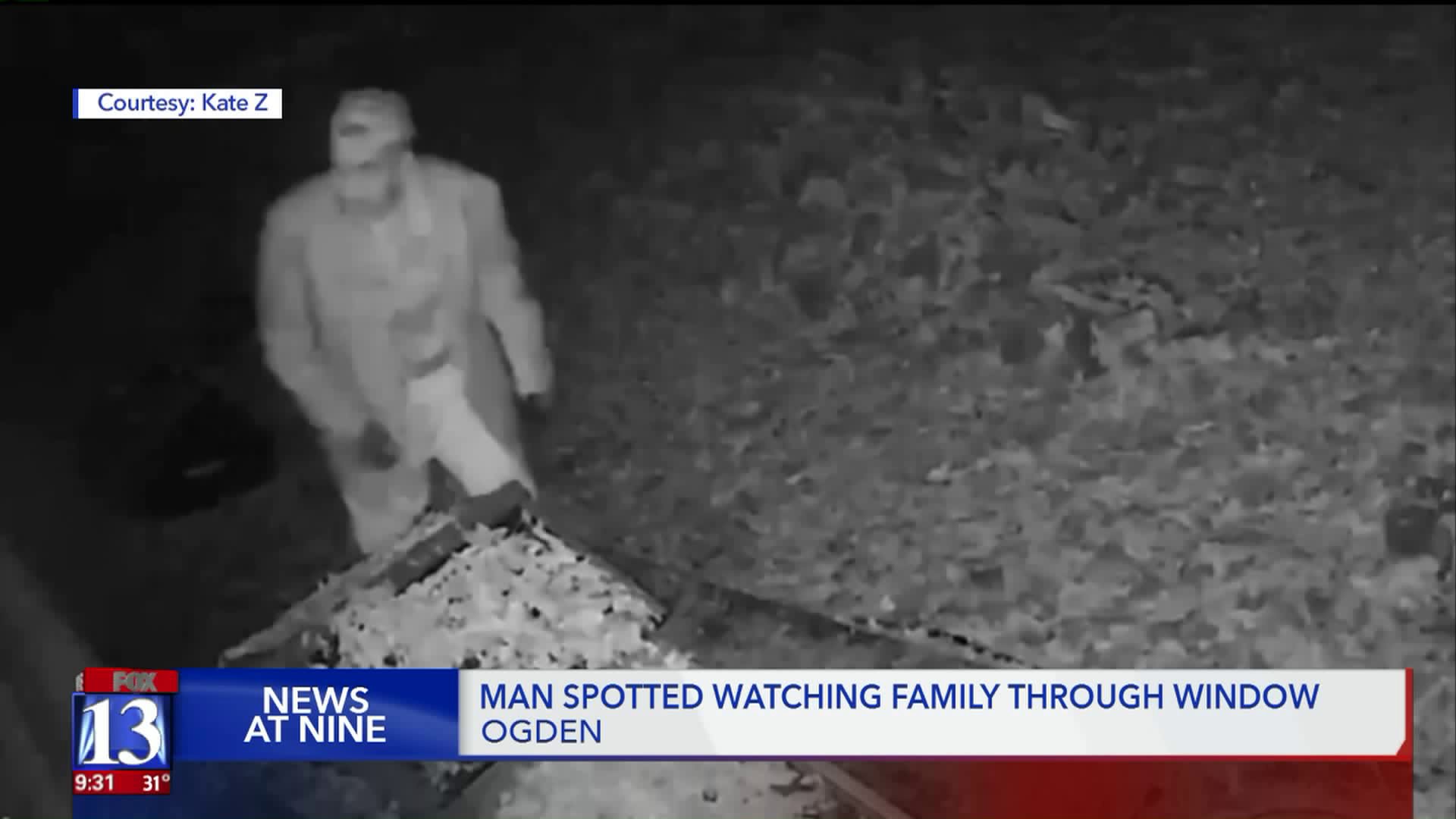 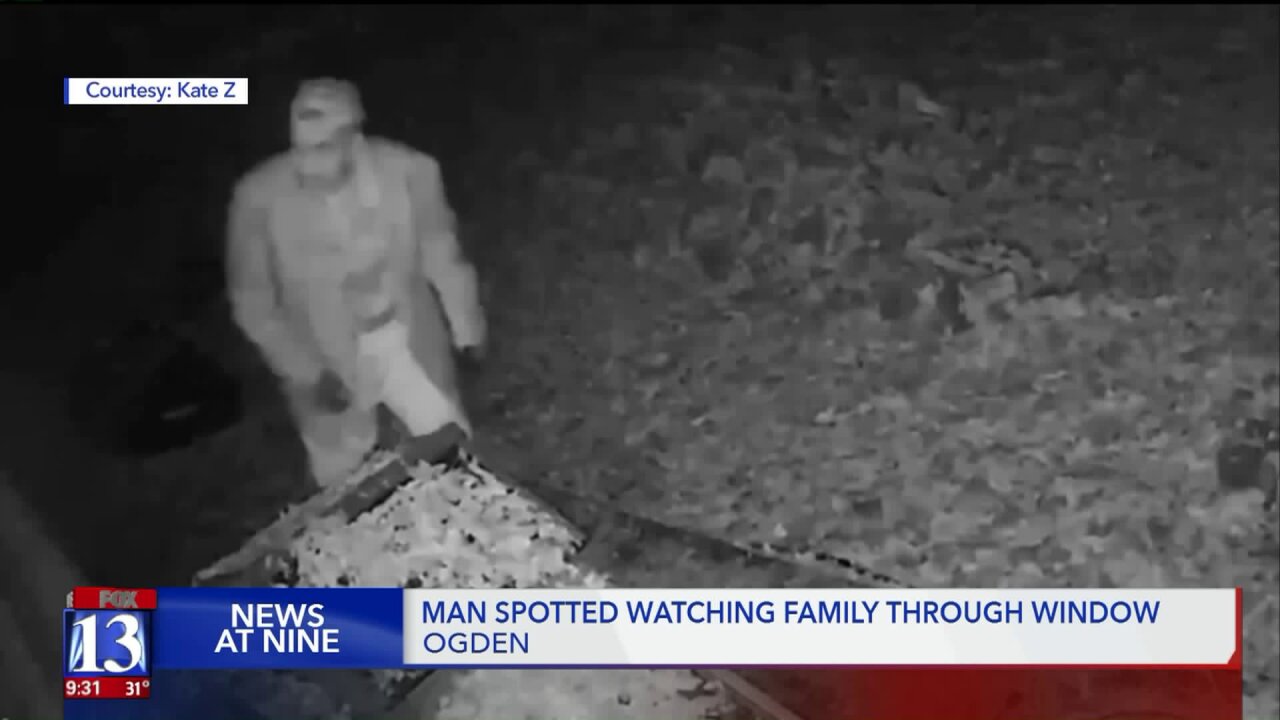 OGDEN, Utah — An Ogden family is “unnerved” after video catches a man peeping into their windows on Christmas Eve.

It happened near Washington Boulevard and 36th Street around 9:15 p.m. Surveillance video shows the man touching himself while the young family opened Christmas gifts.

In the video, the man is shown walking up to the home, turning off the security light with his gloved hand and continuing to look in on a young family celebrating Christmas.

“It feels invasive, someone invading my home. Even though they haven’t gotten in, they’ve peeked into my personal life and it makes me very uncomfortable,” said the homeowner, who wanted to remain anonymous.

The homeowner said his three-year-old and one-year-old daughters were in their new Christmas pajamas surrounded by four adults.

“I’m very protective of my daughters knowing he was watching them open presents on Christmas Eve, it’s frustrating and infuriating.”

Wearing a suit and backwards cap, the man touches himself while looking inside the home. Six minutes later, he’s on the front porch.

The homeowner did not know about the Peeping Tom until the next day, when by chance, they looked at the security video.

“I don’t think he was robbing people I think he was going to houses that he knew and trying to find young girls.”

Ogden Police toldl FOX13 they’re aware of the situation and would like anyone with information to give them a call.