UTA bus catches fire in Provo; no one hurt and cause under investigation 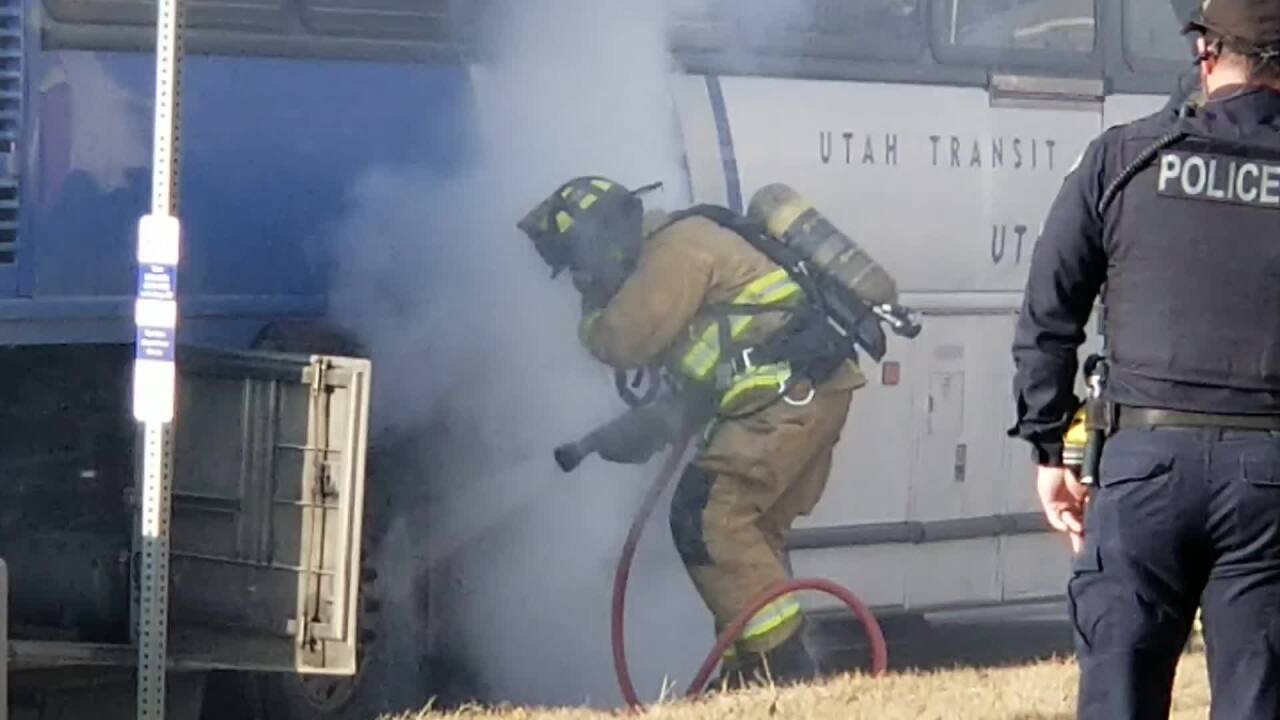 The bus was in service at the time of the fire, but no one was hurt Arky said. He was not sure how many people were on the bus or what caused the fire.

Provo Fire PIO Jeanie Atherton said it appears the brakes might have overheated and sparked the flames.

Crews quickly knocked down the fire.