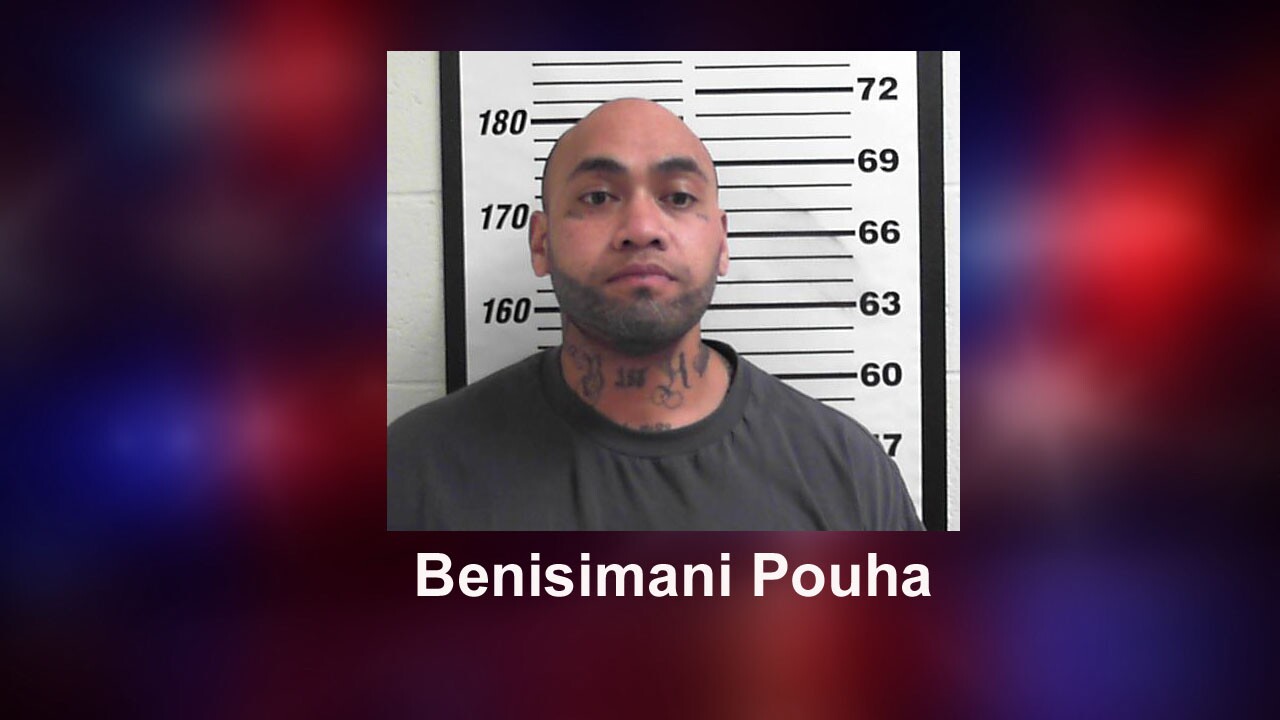 FARMINGTON – A routine traffic stop turned violent when a suspect pinned down two officers and attempted to choke one of them, police say.

The traffic stop began when officer A. Gossels encountered a car stopped halfway in the travel lane and half on the shoulder of the road.

Deputy Gossels says Benisimani Pouha, 42, was at the wheel of the car, a silver sedan.

Pouha told the officer that his car had broken down. Gossels noticed that there was “a pipe with white residue consistent with methamphetamine sitting on the passenger seat.”

Gossels says she also saw an open box of Corona beer in the back seat.

Pouha had glassy eyes and a blank stare, according to Gossels.

Pouha was not able to speak clearly, Gossels says. He also appeared to be speaking to someone who wasn’t there, the officer says.

Pouha stared blankly for about 45 seconds, Gossels says, before obeying the officer’s request.

Then, Gossels says, Pouha tried to make a run for it.

Pouha pushed another officer out of his way, Gossels says.

Gossels says she told Pouha she would use a taser against him. She used the taser and Pouha fell to the ground.

Two officers attempted to handcuff Pouha, according to a probable cause affidavit.

At this point, Pouha fought with the two officers and pinned both of them.

Gossels says bodycam footage shows that Pouha wrapped his arms around one of the pinned officers, Deputy Stimpson.

This action could have resulted in Deputy Stimpson getting suffocated, Gossels says.

Pouha attempted to grab the Taser gun from Gossler, the deputy says.

The officers found Gabapentin, an anti-epileptic drug, hidden in Pouha’s socks, according to the probable cause affidavit.

Pouha was arrested for eight misdemeanors and two felonies. The felonies are for assault against an officer and disarming an officer. The misdemeanors include possession of drug paraphernalia, DUI, and operating a vehicle without a license or registration.

Pouha is on probation for aggravated sexual assault.