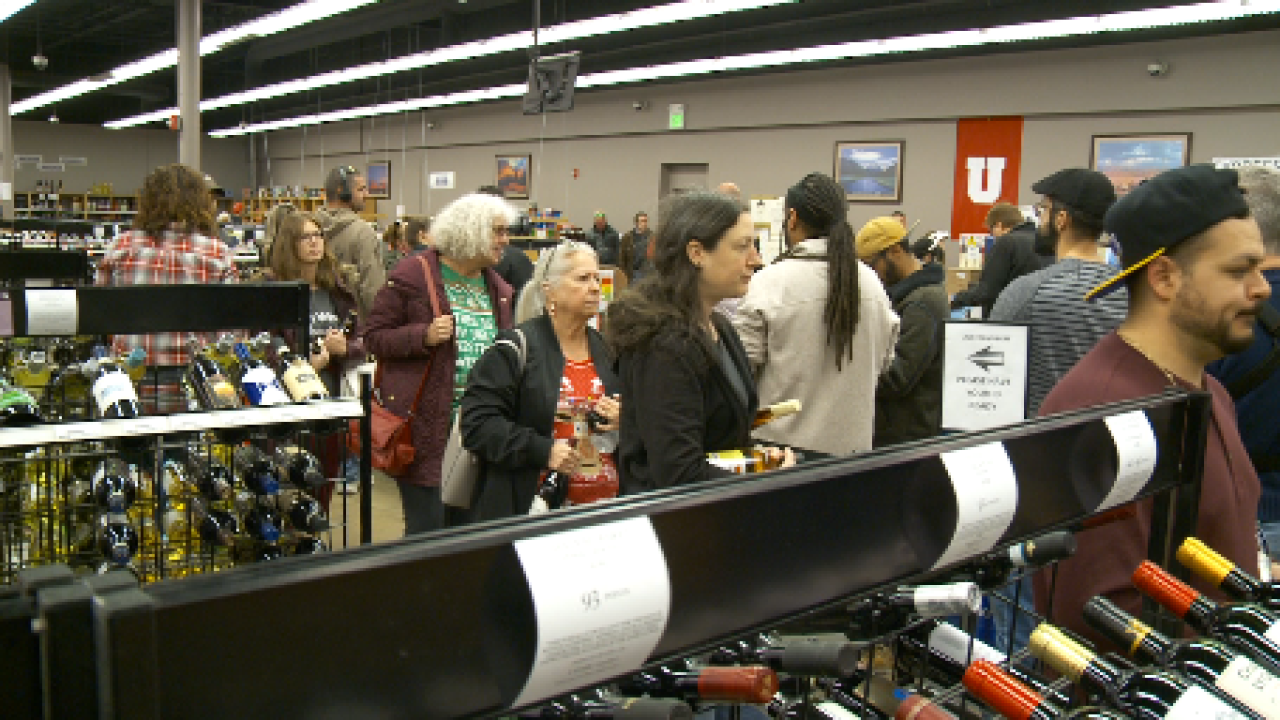 In numbers provided to FOX 13 on Thursday, the agency disclosed that in the five retail days before the Christmas holiday it continued to break previous sales records.

The most sales were in spirits and wine. Beer sales plummeted because heavier brews were moved out of state-run liquor stores and into grocery and convenience stores as a result of a law change dumping 3.2 beer. The DABC recorded a 43% drop in sales.

Being a liquor control state, alcohol sales make Utah a fortune and the holidays are typically the busiest time of year. Money from liquor sales goes into the state’s general fund.