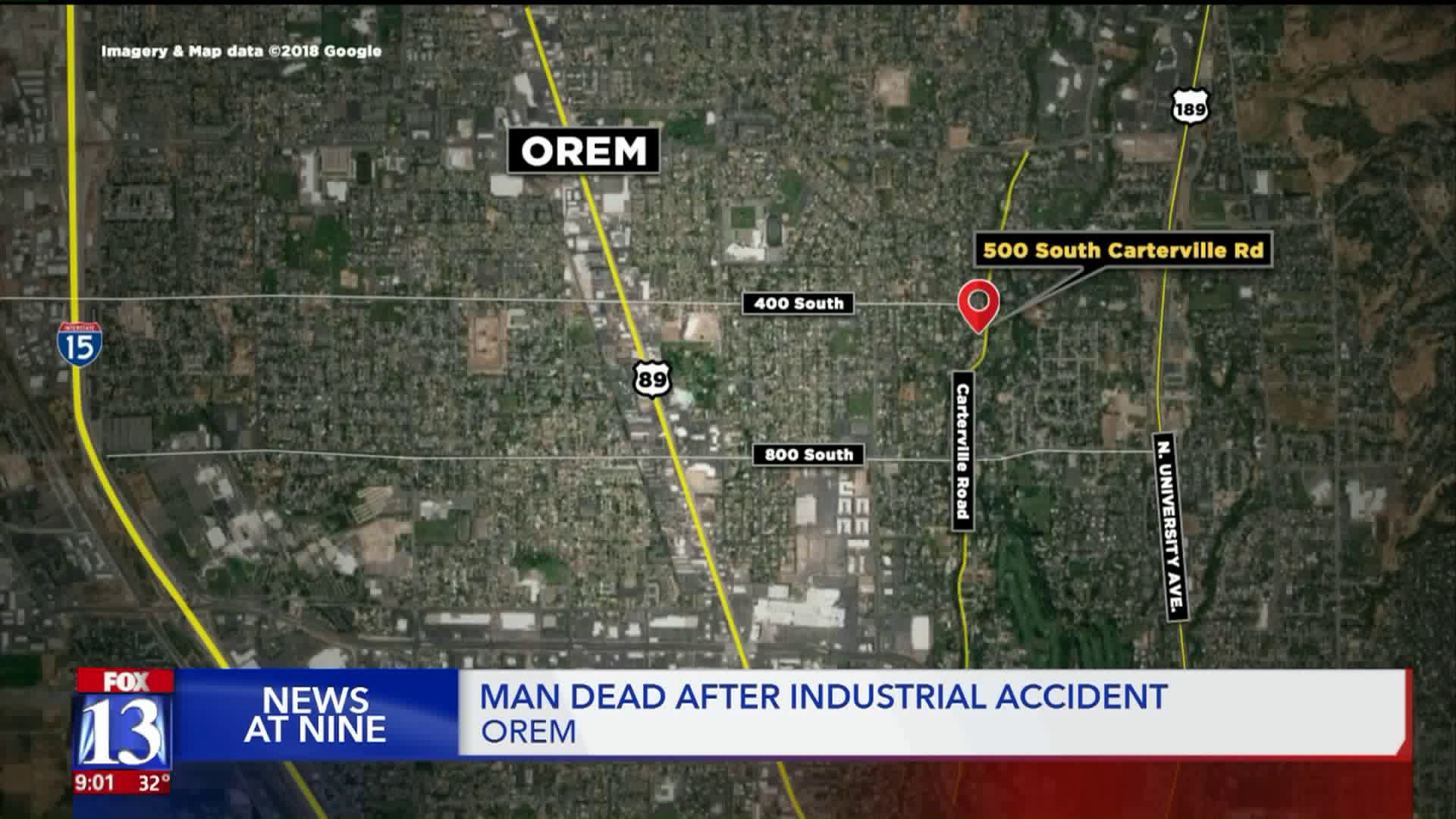 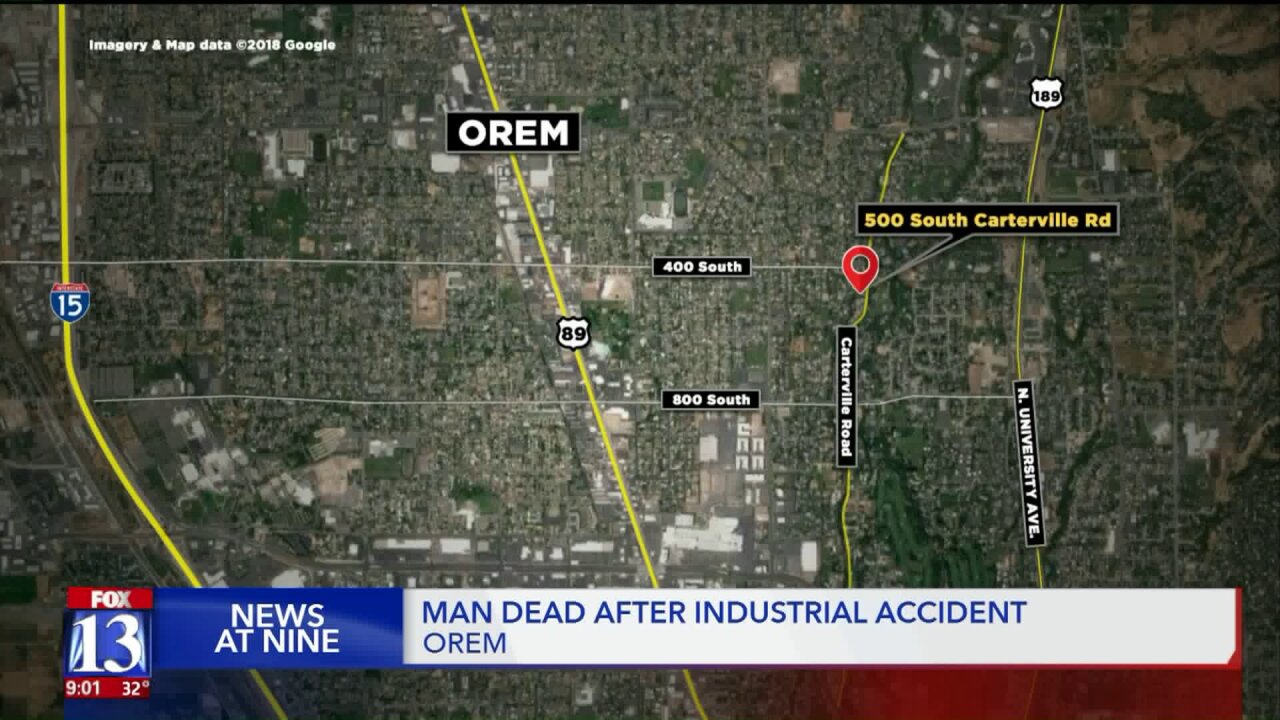 OREM, Utah -- A man was killed while working on a dump truck in Orem Thusday evening, according to police.

A post on the Orem Police Department's Facebook page indicated a man was injured in an industrial accident around 6 p.m. in the area of 500 S. Carterville Road.

According to an update from Orem PD, Olsen became pinned between the dump bed and frame of the truck. Paramedics and a neighbor used equipment to lift the bed off Olsen, but they found Olsen had already died due to his injuries.

"Mr. Olsen was doing repairs in the truck when the tragic accident occurred. The Orem Police Department offers our condolences to the family of Mr. Olsen and request the privacy of the family while they mourn," another Facebook post from Orem PD said.