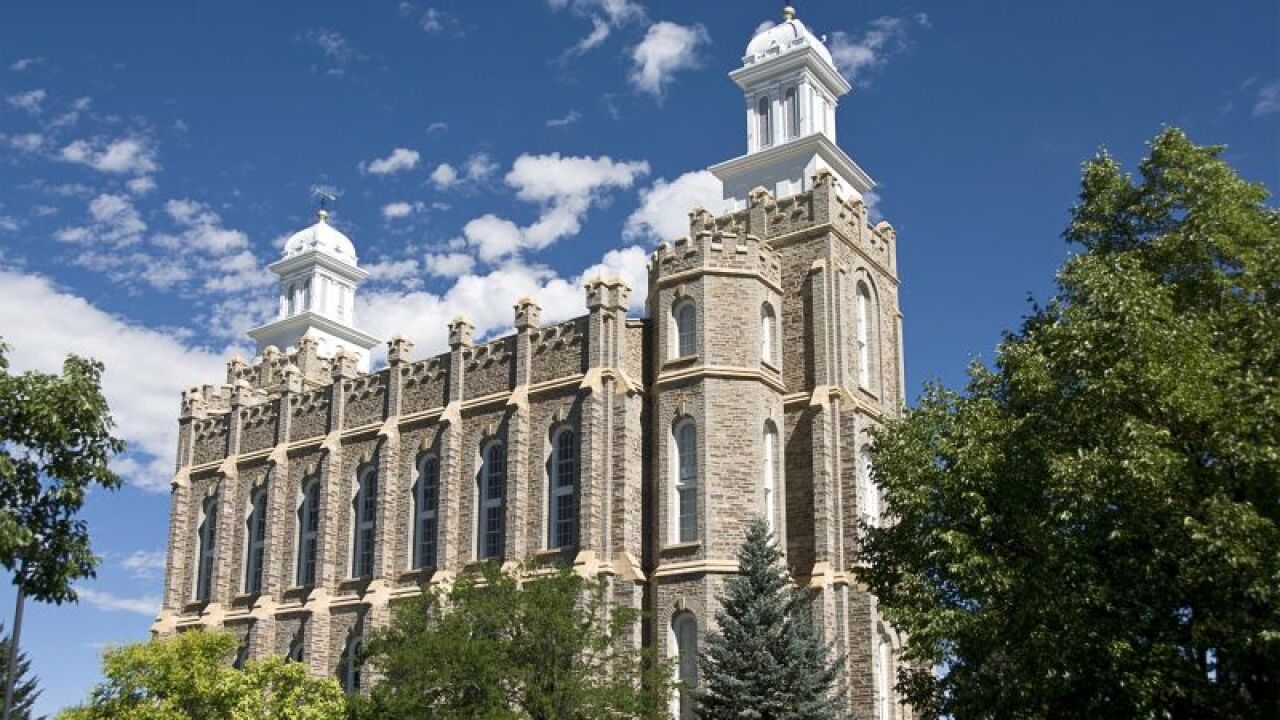 LOGAN, Utah – One man is being charged in connection with the vandalism of the Logan Temple on December 24.

Peter Abraham Ambrose, 34, is currently being held without bail after being charged in the crime.

On Christmas Eve, police responded to a report of a burglary.

One of the responding officers, Shane Heinze with the Logan City Police Department, says he found broken glass at the entry doors and windows on the east side.

Police also discovered damaged paintings. Some paintings were torn, others were torn off the wall. There were curtains that had been torn down. An ax had been smashed through a mirror and stuck into the wall.

Temple workers found Ambrose in a room in the building.

Surveillance video captured a man identified as Ambrose on the temple property.

Heinze says Ambrose said unprovoked that he broke items in the temple. He said he used a ladder to climb over the fence.

Heinze says an A-frame ladder was located next to the exterior fence.

Ambrose is set to appear before Judge Thomas Willmore.