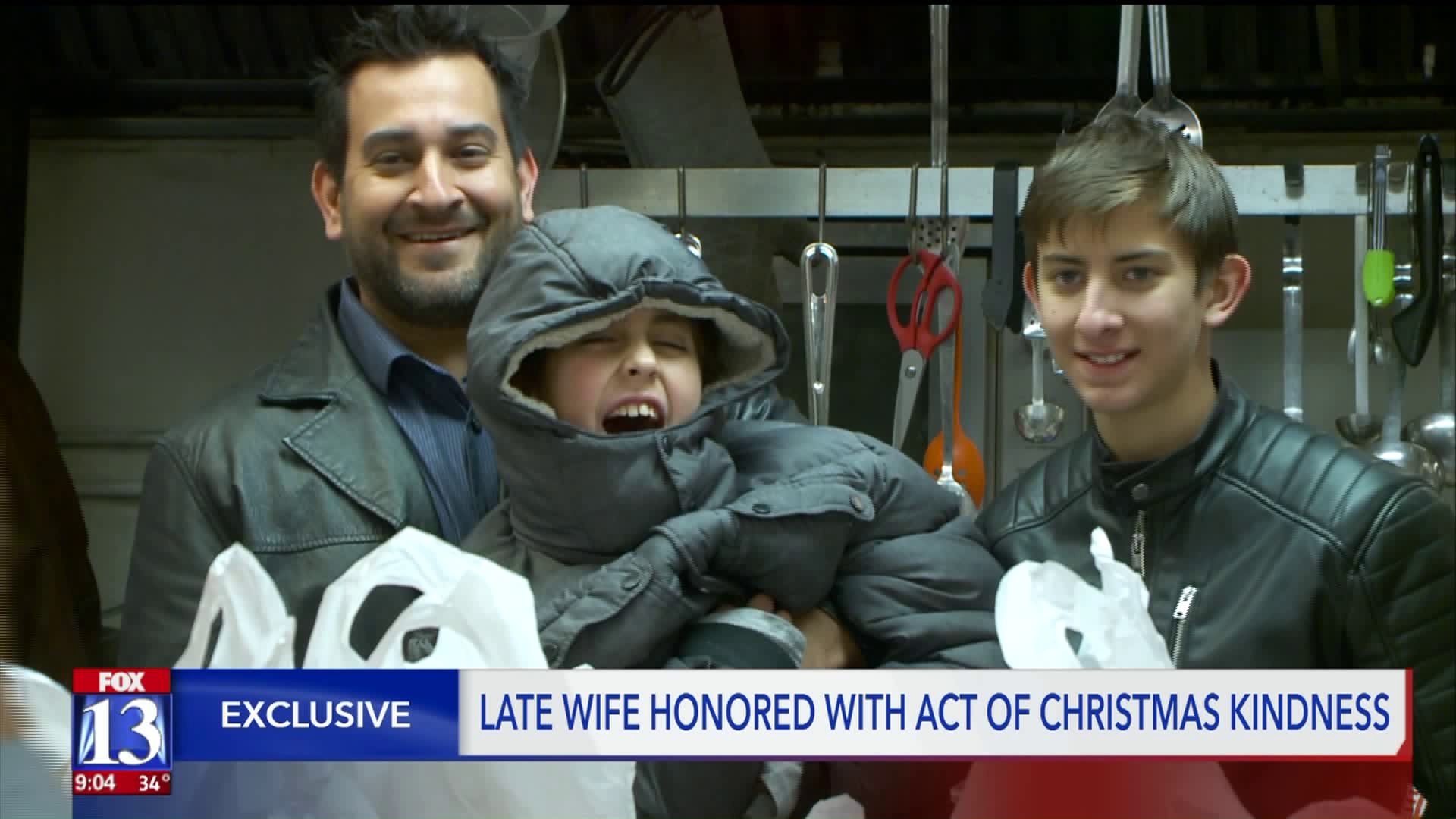 A West Jordan widower and his sons share the Christmas spirit to ease the sting of grief by buying dinner for Salt Lake City`s homeless. 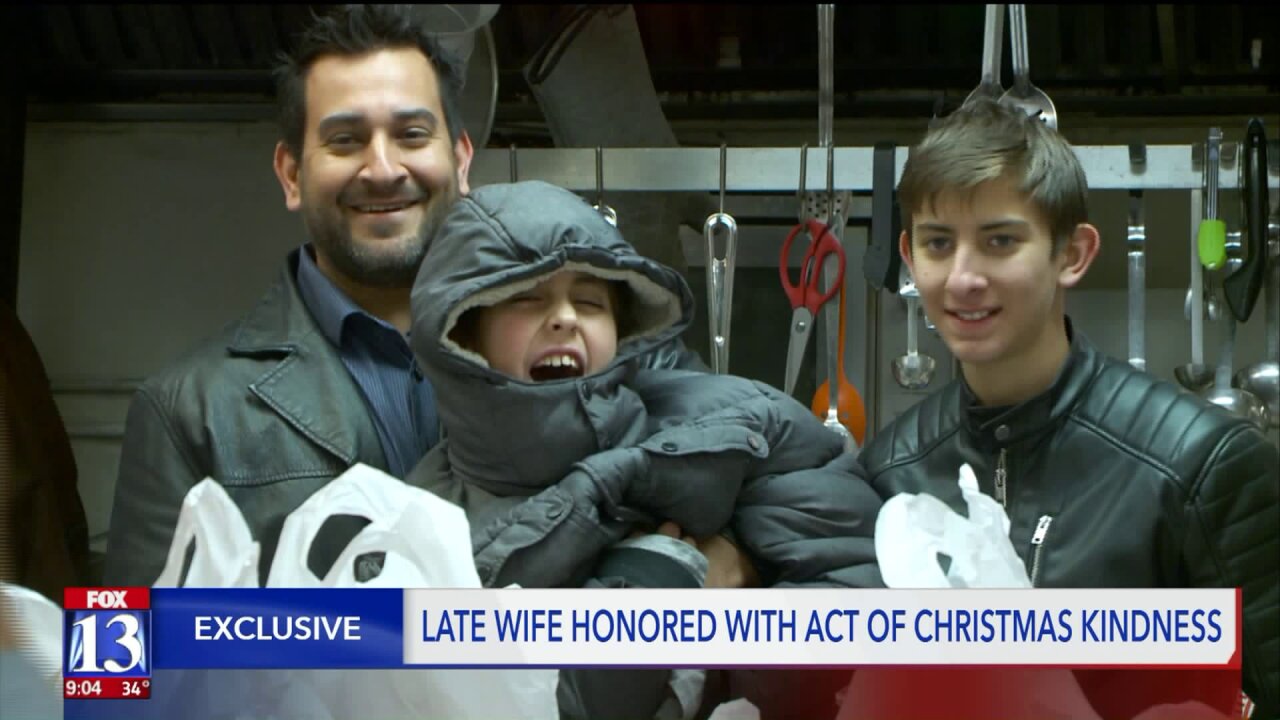 SALT LAKE CITY — A West Jordan widower and his sons share the Christmas spirit to ease the sting of grief by buying dinner for Salt Lake City’s homeless.

On Christmas morning, a stranger came into Bobby Hubert’s Denny’s Restaurant on 500 South.

“That’s the thing. I don’t even know who he is. Totally random,” Hubert said.

“I said, you better bring the truck,” Hubert said.

Christmas is already their busiest day of the year.

“I was supposed to be off at two. But I’m still here. It's okay. I don’t mind helping. It’s for a good cause,” Denny’s employee Jesse Martinez said.

One hundred and fifty meals were carefully prepared for people experiencing homelessness on Christmas.

“To be honest, I didn’t realize 150 dinners was this many dinners until we started doing it,” Hubert said.

At pickup time, Hubert learned the stranger was James Quigley. He came with his sons Seth and Adam.

It is the family’s first Christmas without their mother and wife. She died unexpectedly in June from carbon monoxide poisoning.

“My wife always used to say that if you want to see the world change, you can change it,” James said.

Seth, 14, came up with the idea to feed the homeless that morning.

“My mom loved to help other people and I thought it would be good for Christmas spirit,” Quigley said.

“It’s such a blessing for the guests,” Don Nicholson with the Rescue Mission of Salt Lake said.

Nicholson said the meals offer more than turkey and potatoes. They offer hope.

“They know that they are not alone and that people have not forgotten them. That they are out there to help them in any way that they can,” Nicholson said.