‘This is really, really tough for us’: Brother of missing children speaks 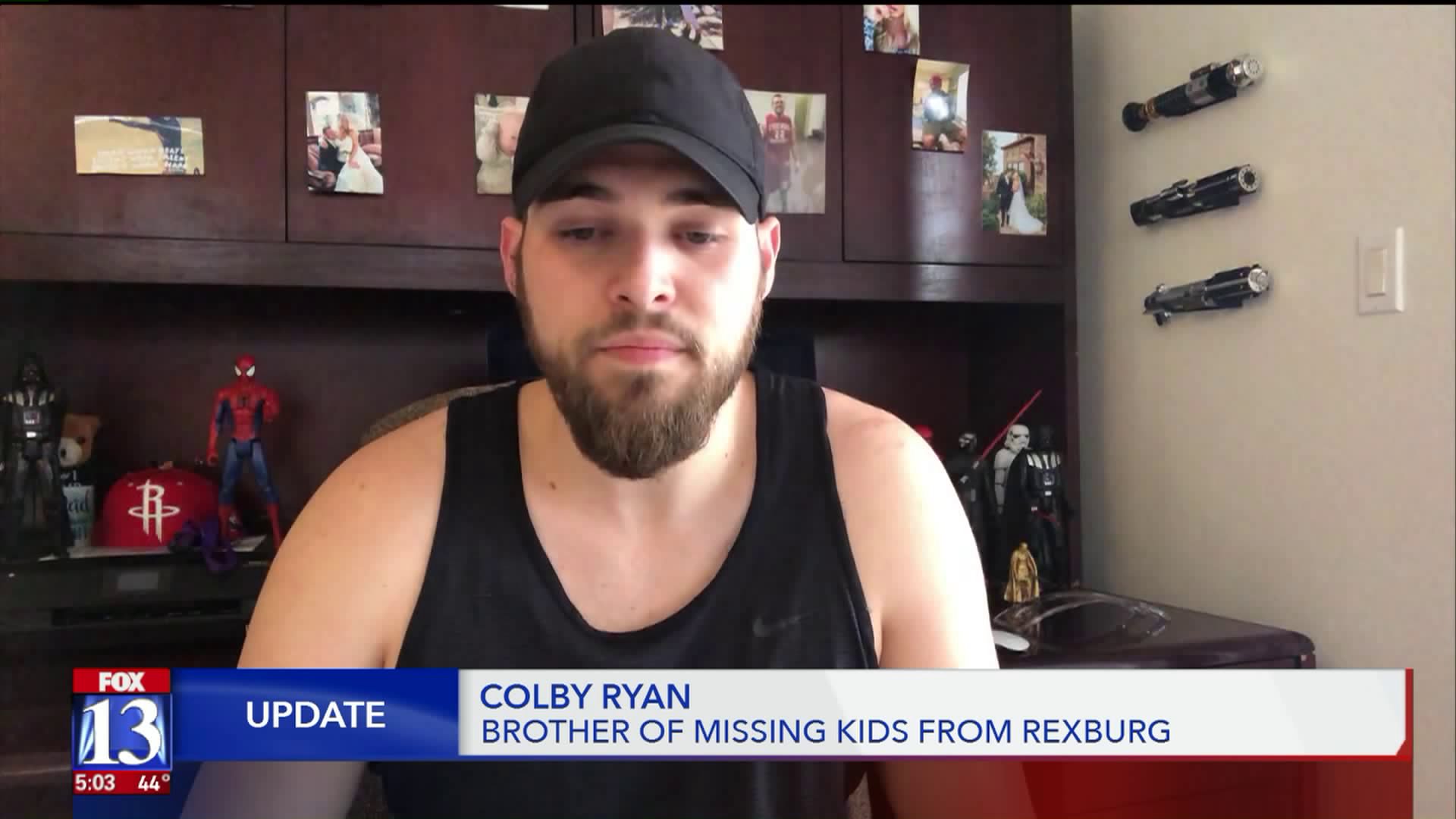 For the first time Tuesday, we hear from the brother of the missing kids from Rexburg. 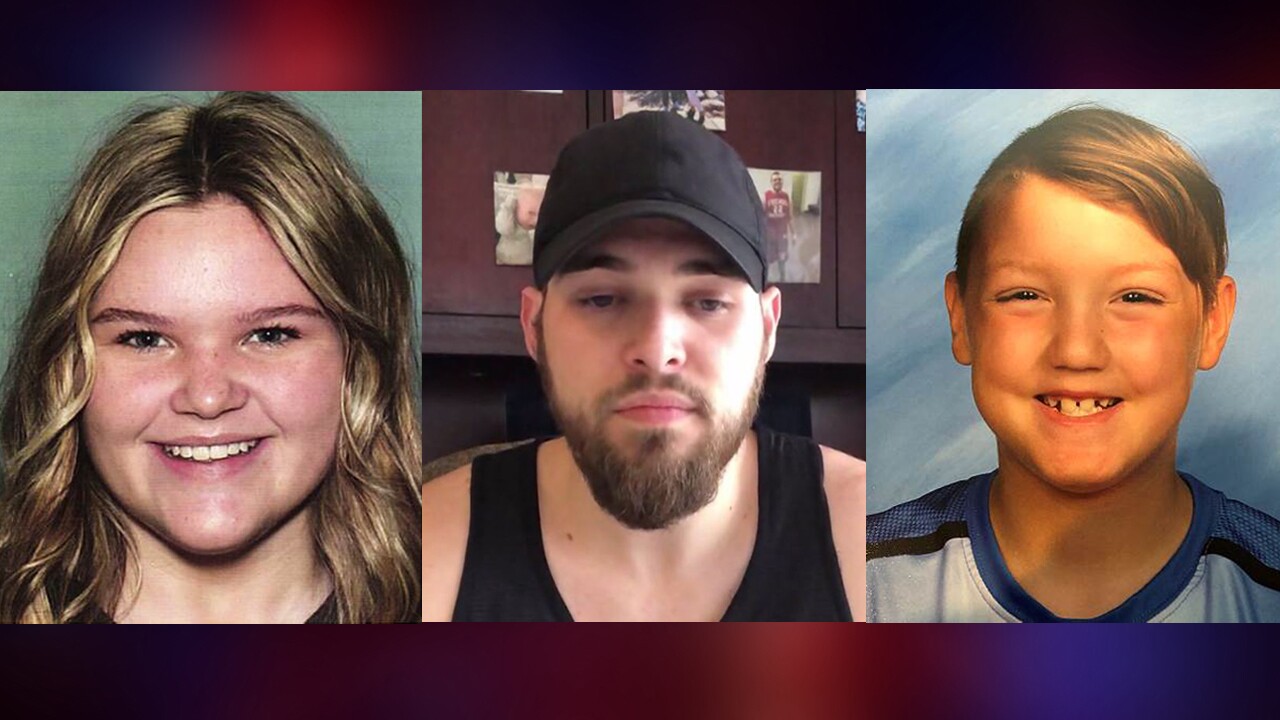 SALT LAKE CITY — The brother of two missing children from Rexburg said the past few days have been overwhelming for him and other family members.

Colby Ryan, the older brother of 17-year-old Tylee Ryan and 7-year-old Joshua "JJ" Vallow, posted a video to YouTube entitled "Pray for the best" Tuesday, in an effort to "address everything that's going on."

In the video, Colby asks the public to keep the focus on finding Tylee and JJ.

There have been a lot of details emerging about the siblings' mother Lori Daybell (formerly Vallow) and her recent marriage to Chad Daybell — including the death of her previous husband earlier this year, and the suspicious death of Chad's previous wife two weeks before he married Lori.

Some of these details Colby said he was not even aware of.

“Every week or two weeks has been something — new news that just sinks your heart through your stomach,” Colby said. “I didn't know there was a whole other family involved or anything."

Colby was the most recent recipient on record of a Venmo (a mobile payment service) transaction from Tylee, dated Oct. 16. But he doesn't know where the kids are now.

FOX 13 also talked to a man who has been friends with Chad for many years.

Ben Hyde, who is often seen on the "Spark Science" segment on Good Day Utah, served a mission for The Church of Jesus Christ of Latter-day Saints with Chad in New Jersey. Hyde says they have stayed in contact and that he knew his family when Chad lived in Utah.

Hyde said learning that Chad is a person of interest in the two kids' disappearance was a shock to him.

"This can't be our Chad Daybell," he said.

Hyde said he knew Chad was writing a book series related to the church, but he was not aware that he published podcasts and spoke at events for a religious group in Rexburg called "Preparing a People," which Lori also contributed to.

Michael and Nancy James, the organizers of Preparing a People, released a statement on their website:

We were deeply saddened to learn of the sudden death of Tammy Daybell, the wife of Chad Daybell, but could not attend the funeral. We considered Chad Daybell a good friend, but have since learned of things we had no idea about. As many of you know, Chad was a speaker at some of our Preparing A People Events and appeared on several of our "Preparing A People Podcasts". We also produced a Series for Chad, “Glimpses through the Veil.” We recently learned of Chad's new marriage to Lori Vallow a couple weeks after Tammy Daybell died. Lor (sic) Vallow was a contributor on the "Time to Warrior Up" podcast with Jason Mow and Melanie Gibb. And she also co-hosted the "Feel the Fire" Podcast with Melanie Gibb. We did not know Lori as well as we thought we knew Chad.

In light of current concerning media reports and ongoing criminal investigations regarding the recent death of Lori Vallow's previous husband in Arizona, and the sudden death of Chad Daybell's previous wife in Idaho, and with new reports of Lori's missing children and the death of Lori's brother-in-law, and the unknown whereabouts of Chad and Lori, we feel it inappropriate to promote any media content that may feature or contain references to either Chad Daybell or Lori Vallow.

Our hearts go out to all Chad and Lori's family and friends who are now affected by this ongoing confusing tragedy. We pray for the truth of whatever happened to be quickly manifest, and we pray for the safe return of Lori's 2 beautiful children.

Brandon Boudreaux spoke with FOX 13 and said that Chad, Lori and Lori's niece (Boudreaux's ex-wife) may have even been involved in a "cult," but he did not specify what it may have been called.

"You hear about religious fanatics," Hyde said. "They'll pull you aside and say, 'Let me tell you what's really going on,' and there was none of that."

Sean Bartholick, a Rexburg attorney representing Chad and Lori, also released a statement on Monday, obtained by EastIdahoNews.com, saying that he is in contact with the couple but has no information regarding the whereabouts or welfare of the children.

Chad Daybell was a loving husband and has the support of his children in this matter. Lori Daybell is a devoted mother and resents assertions to the contrary. We look forward to addressing the allegations once they have moved beyond speculation and rumor.

Rexburg Police said their investigators are not in for the next two days but will return to this case after Christmas.