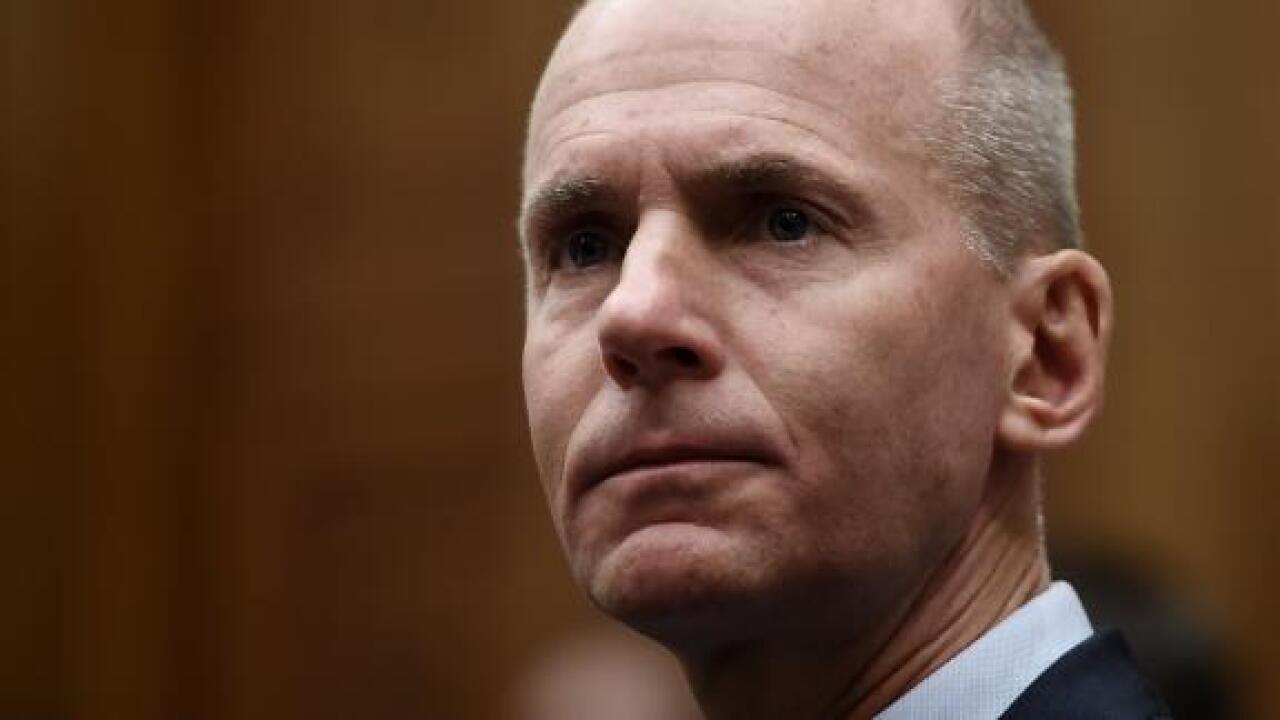 Boeing CEO Dennis Muilenburg testifies at a hearing in front of congressional lawmakers on Capitol Hill in Washington, DC on October 30, 2019. (Photo by Olivier Douliery / AFP) (Photo by OLIVIER DOULIERY/AFP via Getty Images)

From the beginning of the 737 Max crisis, Boeing CEO Dennis Muilenburg severely underestimated how much trouble the company faced. On Monday, that cost him his job.

Boeing’s problems with the 737 Max led to two fatal crashes, the loss of 346 lives, and costs that are expected to add up to more than $10 billion according to multiple analysts. It will take years for Boeing to recover from the problems the plane caused.

Muilenburg was stripped of his Boeing chairmanship in October, but the company still expressed confidence in his abilities. Last month, David Calhoun — who replaced Muilenburg as chairman and will take over as CEO in January — praised his predecessor and said the Boeing board thought Muilenburg was the right leader to bring the 737 Max back to service.

Eventually, though, Calhoun and the Boeing board lost patience with Muilenburg’s missteps — as had the company’s regulators and customers. By the time Boeing’s board decided Sunday to replace Muilenburg, he had become the face of all the company’s problems.

“It reached the point that putting in a new person was the only choice,” said Cai von Rumohr, aerospace analyst with Cowen.

Mistake No. 1: Misjudging the 737 Max’s problem

After a Lion Air 737 Max flight crashed in October 2018, signs quickly emerged that the safety system meant to stop the airplane from going into a stall was probably a major factor in the accident. The safety feature on the plane that crashed had problems the day before. Although the pilots were able to land the plane on the earlier flight, their problem gave investigators an early idea as to the cause of the accident.

But Muilenburg and Boeing officials assumed better training and some minor software updates could fix the problem, and they did not recommend the plane be grounded.

After another 737 Max plane piloted by Ethiopian Airlines crashed in March, aviation authorities around the world started ordering the planes to be grounded. But Boeing pushed the Federal Aviation Administration to allow it to continue to fly, Muilenburg testified to Congress in October, saying that the company believed the plane was safe with additional pilot training, and that it thought it was premature to ground the plane until more facts about the crash were available. He admitted that had been a mistake.

Investigations after the crashes also revealed Boeing’s misjudgment of the 737 Max problem may have started before either of the accidents. While the plane was still in the process of being certified, Boeing pilots were sending messages to each other questioning whether the safety system would work as intended. And a Boeing whistleblower recently testified to Congress that he tried to alert superiors about the problem with the production line ahead of the Lion Air crash, and then again ahead of the Ethiopian crash, only to have his concerns ignored.

Mistake No. 2: Missing deadline after deadline

After the second of the two crashes, Boeing promised that it would have a solution “in the coming weeks.” But that proved to be wildly optimistic, and the company missed one set of self-imposed deadlines after another in its attempt to win approval from the FAA to get the plane back in service.

And worse, in the eyes of its customers and investors, Boeing seemed ignorant of the trouble it would have getting that approval. Just before FAA administrator Stephen Dickson told Congress earlier this month that the plane would not be back in service until some undetermined time in 2020, Boeing was continuing to insist it would get approval before the end of this year.

The patience of its airline customers wore thin.

“The airlines look as this time as money. The longer it takes to get back in the air, the more they think they’re entitled to as compensation,” said von Rumohr.

No starker example of that exists than Boeing’s relationship with Southwest Airlines.

Southwest has never flown anything but the 737. It owns more of the completed 737 Max jets than any other airline. The efficiencies that come from flying a single type of aircraft is central to its business model.

“I’ve been very clear, we’re not happy about our situation,” said Kelly.

Boeing’s eroded relationship with the FAA, Congress and its airline customers ultimately doomed Muilenburg, said Richard Aboulafia, aerospace analyst with the Teal Group. All of them have publicly criticized Boeing’s handling of its crisis.

The final misstep came last week when Boeing announced it would temporarily halt production of the 737 Max indefinitely, a sign that it could no longer predict when the Max would be returned to service.

That decision underscored a problem that will continue to haunt Boeing: Its overly optimistic timeline caused a failure to manage its production of the plane. The company continued to make 737 Max planes during the grounding, albeit at a somewhat slower pace. But it did not deliver any of those planes because the FAA had not cleared them to fly.

Because Boeing was wildly ambitious about the timeline to return the 737 Max to service, the Max planes sat in inventory, giving suppliers false hope that production would continue uninterrupted.

Boeing said it wouldn’t lay off employees, at least for now. But it couldn’t say how long the shutdown would last and what its costs would be. Without a firm timeline, suppliers couldn’t draft plans to respond to the production halt. The credit rating agencies downgraded Boeing’s debt, citing increased level of uncertainty.

“If there was a final straw, it was the way the shutdown happened with not a lot of explanation or plans as to what would happen,” said Aboulafia.