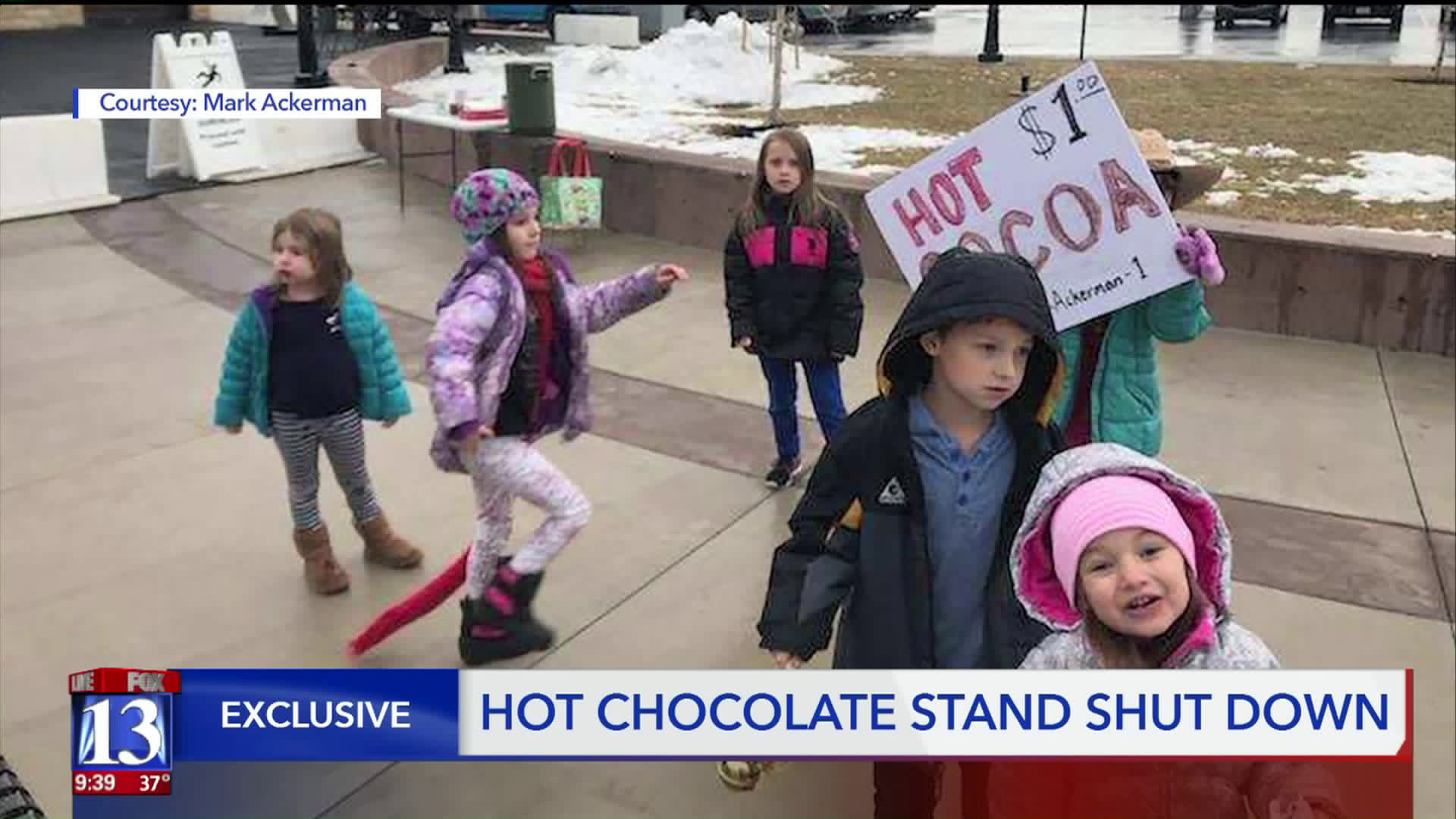 After watching "A Charlie Brown Christmas,", Mark Ackerman said his daughter wanted to set up some sort of stand like the character Lucy van Pelt. 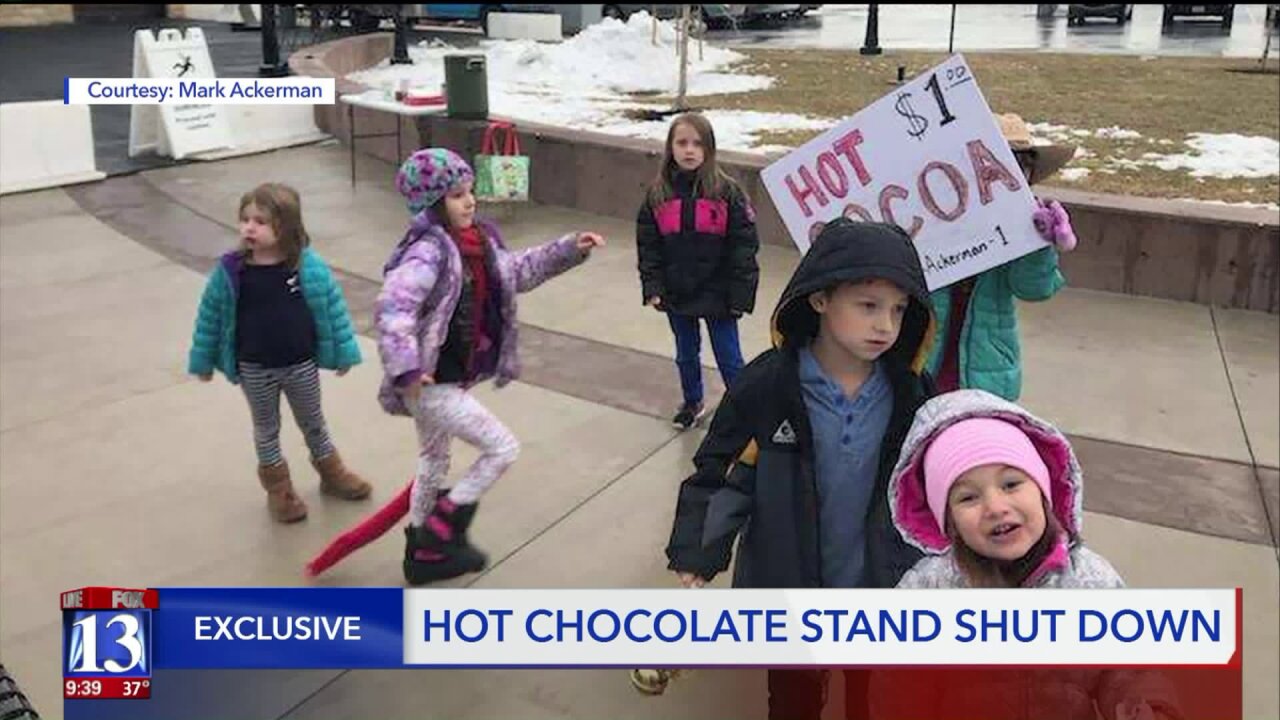 HERRIMAN, Utah — After watching “A Charlie Brown Christmas,” Mark Ackerman said his daughter wanted to set up some sort of stand like the character Lucy van Pelt.

“You know, Lucy has the little stand where she gives advice, and she thought it would be fun to sell hot chocolate,” he said.

She decided a hot chocolate stand would be perfect. So she, her siblings and her cousins made a sign and the warm drink.

Seven kids under the age of seven set up a hot chocolate stand near the Ice Ribbon in Herriman, Ackerman said.

“She [his daughter] collected all the money and then the other seven kids were filling up the chocolate. They were putting in marshmallows and we gave candy canes with every cup,” he said.

Soon after they started selling the $1 cups of cocoa, someone asked them to leave, Ackerman said.

It started with an Ice Ribbon employee, then others came to chat with Ackerman including someone from the City of Herriman.

Ackerman is referring to what is commonly known as the Utah ‘lemonade stand law’ SB 81.

It states, in part:

A municipality may not:
(a) require a license or permit for a business that is operated:
(i) only occasionally; and
(ii) by an individual who is under 18 years of age; or
(b) charge a license fee for a home based business, unless the combined offsite impact of the home based business and the primary residential use materially exceeds the offsite impact of the primary residential use alone.

The City of Herriman released a statement to FOX13, saying, “Based on the fact that it is Christmas Eve, we have not been able to speak to all staff involved, and are unable to gather all of the information. We are investigating the issue and will address it once the full set of information is presented.”

FOX13 News sat down with Connor Boyack, the president of the Libertas Institute, who helped write the law, for clarity on the situation.

“The law is very simple. It simply says a city or a county can’t ask a child, who is doing one of these businesses — babysitting, mowing lawns, lemonade stands, hot cocoa — They can’t ask them for a permit or a license. It doesn’t say anything about where,” Boyack said.

This law was implemented in part because of lemonade stands being shut down across the country, Boyack said.

“What they [City of Herriman] want is really not relevant here because the state law is very clear. And they are supposed to be following state law,” he said.

The kids made less than $20 and bought some churros from a food truck on site after, Ackerman said. The kids were mostly shielded from what was going on and Ackerman said the police were never called. Ackerman said they didn’t leave right away, but the day was cut short because they were repeatedly asked to leave.

“It wasn’t about making money by any means. It was about a fun experience,” Ackerman said.

To read more on the ‘lemonade stand law’, click here.