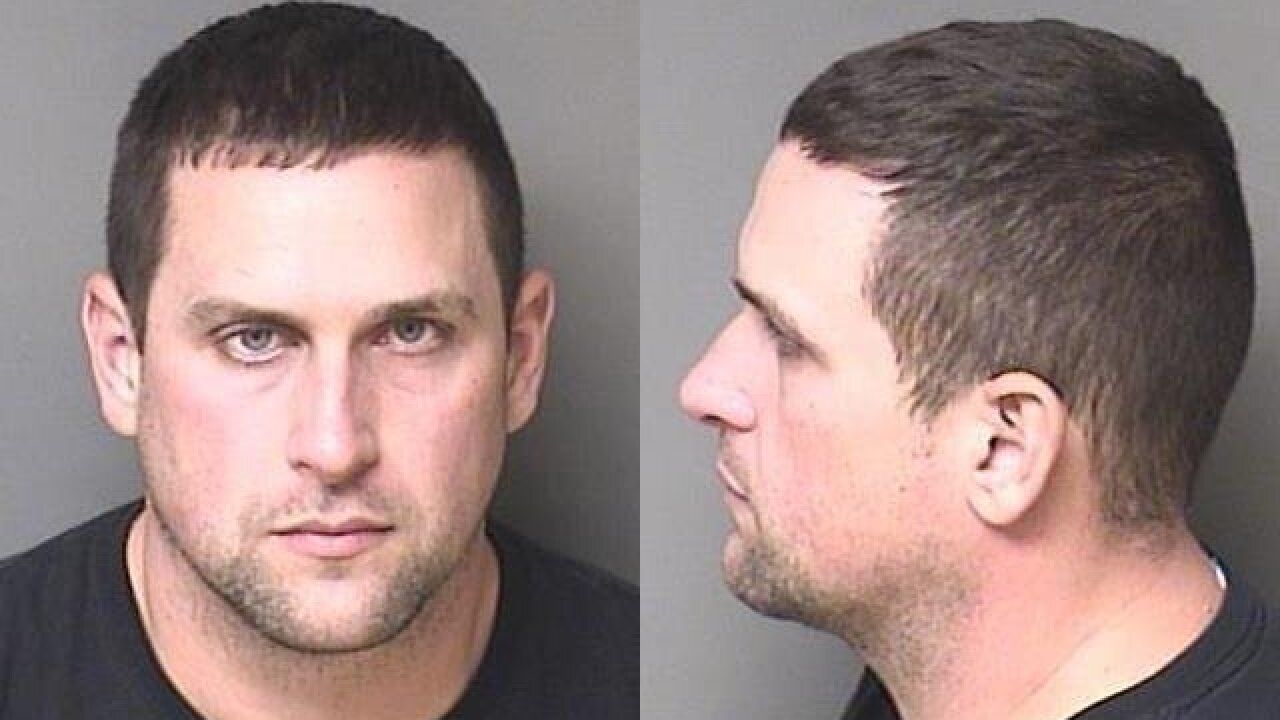 Joshua Hunsucker, a North Carolina paramedic, is accused of killing his wife with eye drops and collecting a $250,000 life insurance payout after her death. Hunsucker has been charged with first-degree murder, according to prosecutor Jordan Green. Source: Gaston County Sheriff

(CNN) — A North Carolina paramedic is accused of killing his wife with eye drops and collecting a $250,000 life insurance payout after her death. Joshua Hunsucker, who appeared in court Friday, has been charged with first-degree murder, according to prosecutor Jordan Green with the North Carolina Department of Insurance.

Hunsucker’s attorney, David Teddy, told the judge that “there’s been an allegation that has been made, and, of course, Joshua is to be presumed innocent just like anybody else.”

Hunsucker “hasn’t run from” the allegations, the lawyer said, and he “has been a law-abiding citizen his entire life.” The attorney did not immediately return CNN’s calls seeking additional comment.

Hunsucker’s wife, Stacy Hunsucker, suffered a health issue at her home on September 23, 2018, Green said. She was taken to a local hospital for treatment and “eventually succumbed” to the health issue.

A Department of Insurance agent and the medical investigator tested vials of her blood and found high levels of tetrahydrozoline, Green said, “which is one of the active ingredients in a certain eye drop medicine that you would use to clear your eyes.”

Green did not say how authorities believe she was poisoned.

A toxicologist and cardiologist advised that the medication could cause heart stoppage or failure in a short time span, Green said. Investigators believe Hunsucker poisoned his wife, causing her death, he said. Authorities have ruled out suicide and other people contributing to her death, he said.

Hunsucker — whom his attorney described as a 35-year-old paramedic — has asked that a reasonable bond be set, the attorney said.

“He’s done nothing since his wife passed away that would give the impression that he’s doing anything other than doing everything he can do to take care of his two little girls,” Teddy said.

The judge set bail at $1.5 million and said Hunsucker is to be fitted with a GPS monitor if he bonds out. He remains in the Gaston County Jail. He is due back in court in January, according to online records.

The US Food and Drug Administration warns that ingesting tetrahydrozoline can cause serious harm, especially among children, while the American Academy of Ophthalmology reports that the substance had been used in murder attempts.

According to CNN affiliate WSOC in Charlotte, police have reported two other cases, one this year and one in 2018, in which women were arrested and accused of attempting to poison their partners with eye drops.

https://s3.amazonaws.com/cnn-newsource-image-renditions-prod/US_PARAMEDIC_CHARGED_KILLING_WIF/S118536892_thumbnail.JPG
Copyright 2020 Scripps Media, Inc. All rights reserved. This material may not be published, broadcast, rewritten, or redistributed.