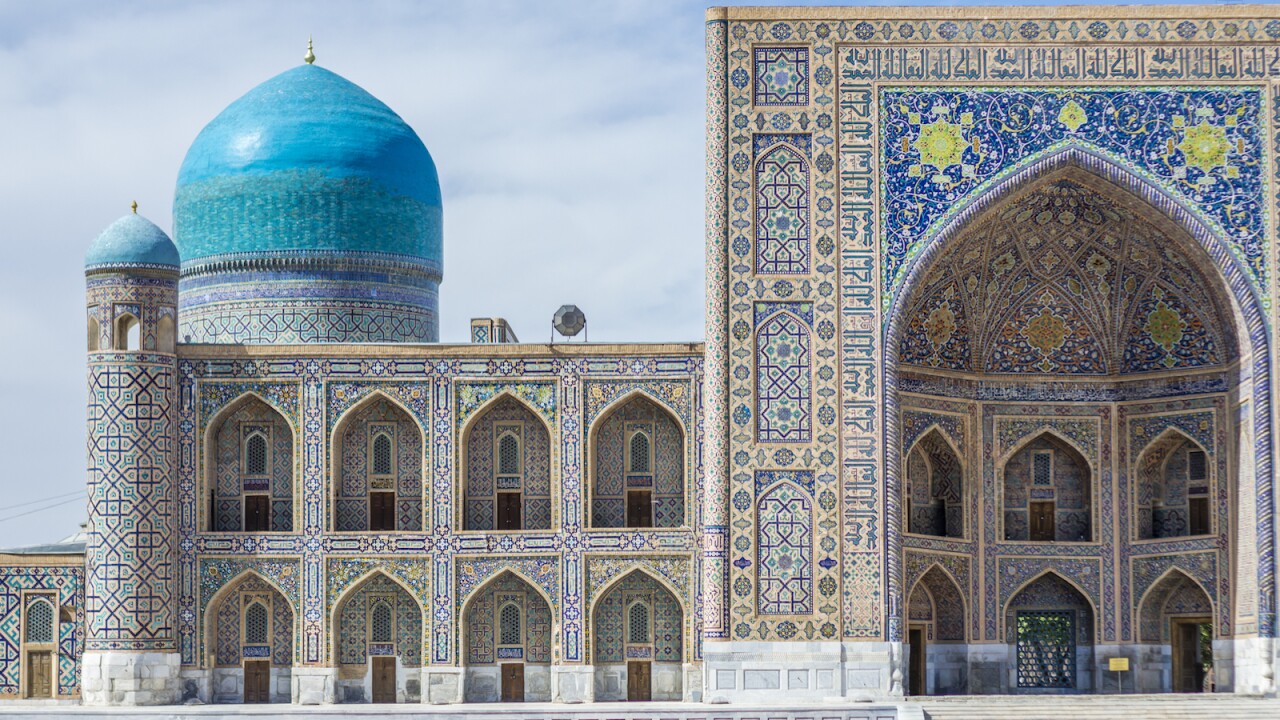 (CNN) — Uzbekistan, long unknown to most Westerners, is already shaping the travel scene for 2020.

This culturally rich and historically compelling country, along with the rest of central Asia, has been named the No. 1 travel region for the new year by travel website Lonely Planet due to its easy access and new visa-free travel ability. The Economist highlighted the country as well, naming it the most improved nation in 2019 due to significant government reforms that have accelerated over the past year.

All of that, plus its untouched history and remarkable food, are making Uzbekistan an increasingly popular destination.

Next year will be a prime time to visit Uzbekistan primarily because of its new visa reforms.

Reforms include a 30-day period of visa-free travel privileges for visitors from 65 countries; and a simplified electronic visa system for citizens of 77 countries, including the United States, was just introduced, according to export.gov, which is managed by the US Commerce Department.

Travelers should still proceed with caution when going to Uzbekistan.

The US State Department advises US citizens that the potential for a terrorist attack or localized civil disturbance still exists there.

Despite this, “Uzbek authorities maintain a high level of alert and aggressive security measures to thwart terrorist attacks and official numbers of violence against foreigners is low”, according to the State Department.

And the concern hasn’t slowed the curiosity of travelers. The number of foreign visitors has grown from 1.9 million people in 2014 to 6.4 million in 2018, according to the US Commerce Department.

Perhaps the most attractive quality of Uzbekistan and the central Asian region is the untouched and sacred history that has survived over thousands of years.

From the immense temples and minarets of the cities Samarkand and Bukhara to the snow-covered peaks of the Tian Shan mountain range, this is a region with a refreshing lack of hype — and crowds.

The United Nations handpicks areas and landmarks that are culturally and historically significant for its UNESCO heritage sites. For Uzbekistan, the cities of Bukhara, Samarkand, Khiva and Shakhrisabz have all made the list.

In recent years, social media has been shining a new light on the country and its top attractions, with Western travelers sharing their experiences.

With the support of the West, Uzbekistan has particularly focused on the significant role social media plays in expanding the tourism sector.

That is why USAID partnered with Uzbekistan to promote travel in the central Asian region by inviting travel bloggers to explore and promote the country.

“The travel bloggers focused on a wide range of niche tourism markets from adventure and cultural travel to independent and offbeat destinations,” according to the US embassy.

Uzbek cuisine can be characterized as flavorful and hearty with an array of rice dishes. Its most popular dish is the Uzbek pilau, the country’s national dish which consists of a bed of rice slowly cooked with carrots, rice, onions and meat.

Food bloggers are especially using this opportunity to experiment with the unique flavors and spices used in Uzbek dishes.

Mark Weins, a prominent food blogger, travels to remote areas of the world to taste authentic local food and share his taste buds with the world.

On his blog Migrationology, Weins shared highlights of his trip and the “meat, history and hospitality” he found.

Weins highlighted the bazaar known as the Chorsu Bazaar in Tashkent, where tourists flock to get a taste of Uzbek traditions.

“It’s a feast for the eyes of fresh meat, spices, fruits and vegetables, and everything else produced in Uzbekistan. The dome structure of the market reminds me of a stock exchange floor, a museum of a market,” Weins added.