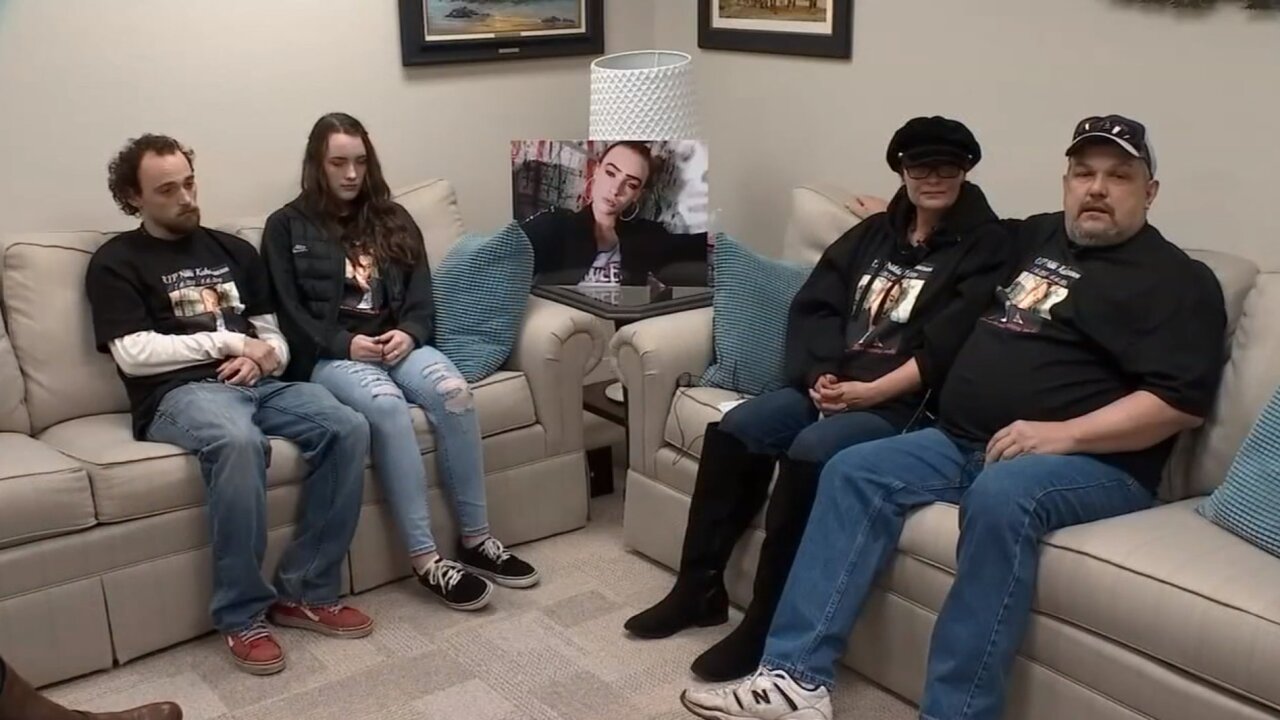 The family of murdered teenager Nikki Kuhnhausen spoke during a vigil. The body of the 17-year-old was found earlier this month on Larch Mountain in Clark County, WA. Source: KPTV

The body of the 17-year-old was found earlier this month on Larch Mountain in Clark County. The discovery came six months after Kuhnhausen’s family reported her missing.

“When she didn’t answer my messages on June 6th, I knew something was wrong,” said Lisa Woods, Kuhnhausen’s mother.

Woods and three other members of Kuhnhausen’s family spoke to the media prior to Friday’s vigil.

“It’s just been a roller coaster ride, up and down, playing in our minds what’s happened? Where is she?” said Vincent Woods, Kuhnhausen’s stepfather.

“The first day of sixth grade, she came out Nikki – and she was Nikki ever since,” Lisa Woods said. “And she was full of confidence.”

However, that confidence eventually became a concern for Kuhnhausen’s mom, who discussed talks she had with her daughter after finding out she had lied about her age on social media websites in order to meet men.

It was through an online app, Vancouver police say, that Kuhnhausen communicated with David Bogdanov.

Investigators believe in early June, Kuhnhausen and Bogdanov met in-person for a hook up. When Bogdanov found out Kuhnhausen was biologically male, he strangled her to death in a rage of violence, detectives previously told FOX 12.

Bogdanov, 25, has since been charged with second-degree murder.

“I believe he killed her because she was a transgender,” Lisa Woods said. “I believe that with all my heart.”

When Vancouver Police officers first interviewed Bogdanov in October–months before Kuhnhausen’s body was discovered–he admitted to meeting Kuhnhausen, according to court documents. Detectives said Bogdanov told them when Kuhnhausen revealed she was transgender, he felt “really, really disturbed” and kicked her out of his van before going directly to work.

However, investigators believe Bogdanov lied to them regarding his actions and whereabouts.

Cell phone records, according to a sworn police affidavit, show Bogdanov instead went to the Larch Mountain area–where Kuhnhausen’s remains were eventually found–and not directly to work.

“I believe he went back to get her,” said Lisa Woods. “And I believe that’s a hate crime.”

Meanwhile, the president of The National Women’s Coalition Against Violence & Exploitation, who helped organize Friday’s vigil, left attending reporters with a surprising twist regarding the ongoing investigation into Kuhnhausen’s murder.

“We believe that this isn’t the only person that will be charged in the end on this case,” said Michelle Bart.

Vancouver police declined to specifically comment on Bart’s statement, citing an ongoing investigation. However, the agency echoed a plea to anyone who may have seen a white van in the Larch Mountain area during the early morning hours of June 6.