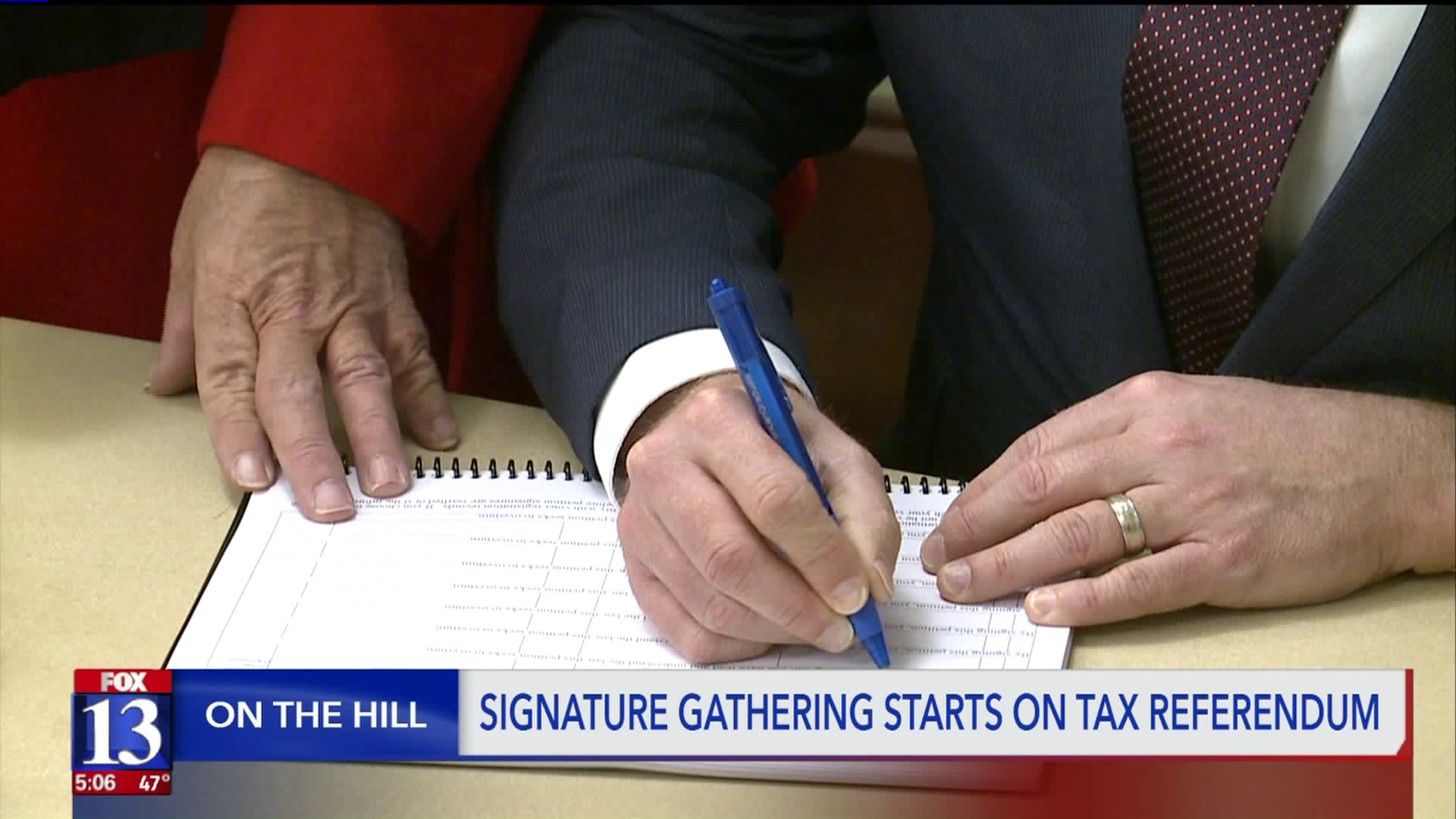 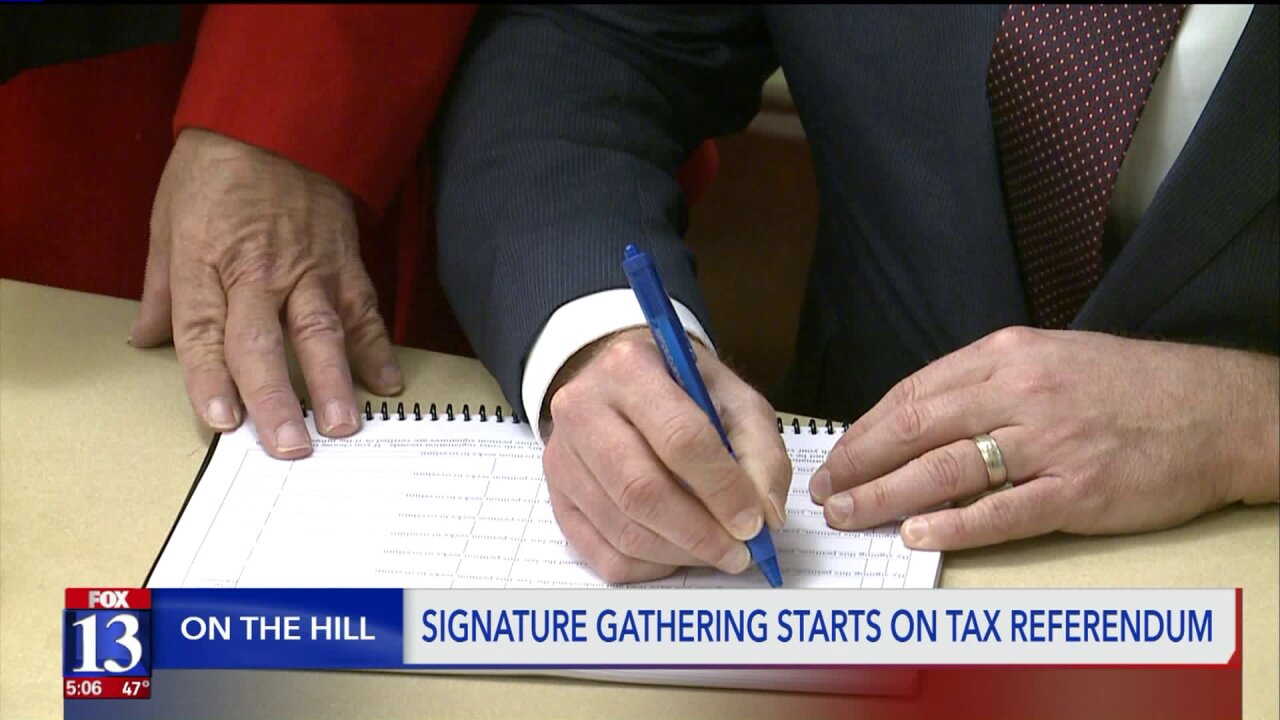 SALT LAKE CITY -- Judy Weeks-Rohner walked into the Salt Lake County Clerk's Office with her grandson in tow and handed in a packet containing 49 signatures.

"They're upset," Weeks-Rohner said of the names in the packet. "And they want a change."

They are the first to be submitted for a citizen referendum that seeks to put the Utah State Legislature's massive tax overhaul bill up to a public vote. Supporters of the referendum are raising money and hope to gather more than 116,000 signatures from at least 15 different Utah counties to get it on the November ballot.

Under the law, they have until Jan. 21 to make it happen.

"It's just like that little train. 'I think I can,' we think we can, we're gonna do it," she told FOX 13 on Monday. "This is the very, very thing that people have been begging for. They're biting at the bits to sign this referendum. Yes, we're going to do it!"

The legislature passed a massive tax bill in a special session earlier this month. It cut the income tax, but also hike the sales tax on food, gasoline and imposed new sales taxes on some services. Republican leaders on Utah's Capitol Hill insist it is necessary to address structural imbalances that pay for essential government services.

But it has not been popular. At a news conference on Monday by the group Utah Legislative Watch, Republican gubernatorial candidates Aimee Winder Newton and Jeff Burningham signed the referendum. So did Democratic candidate Zachary Moses.

"This is not a Republican revolt. This is a Utah revolt," said former GOP state lawmaker Fred Cox, who is organizing the referendum.

Utah Governor Gary Herbert responded to the grassroots movement Monday. "People can have a counterbalance to the legislature, so I understand that," he said.

Herbert stood by his stance on the bill.

"This is not perfect," he said. "But it's kind of a step in the right direction."

Cox said his group has been flooded with requests to sign the referendum. Weeks-Rohner said they are organizing parties where people can get together to sign. The group has been organizing largely in a Facebook group.

The United Utah Party, which bills itself as an alternative to Republicans and Democrats, recently announced it will halt its term limits initiative to lend support to the referendum.