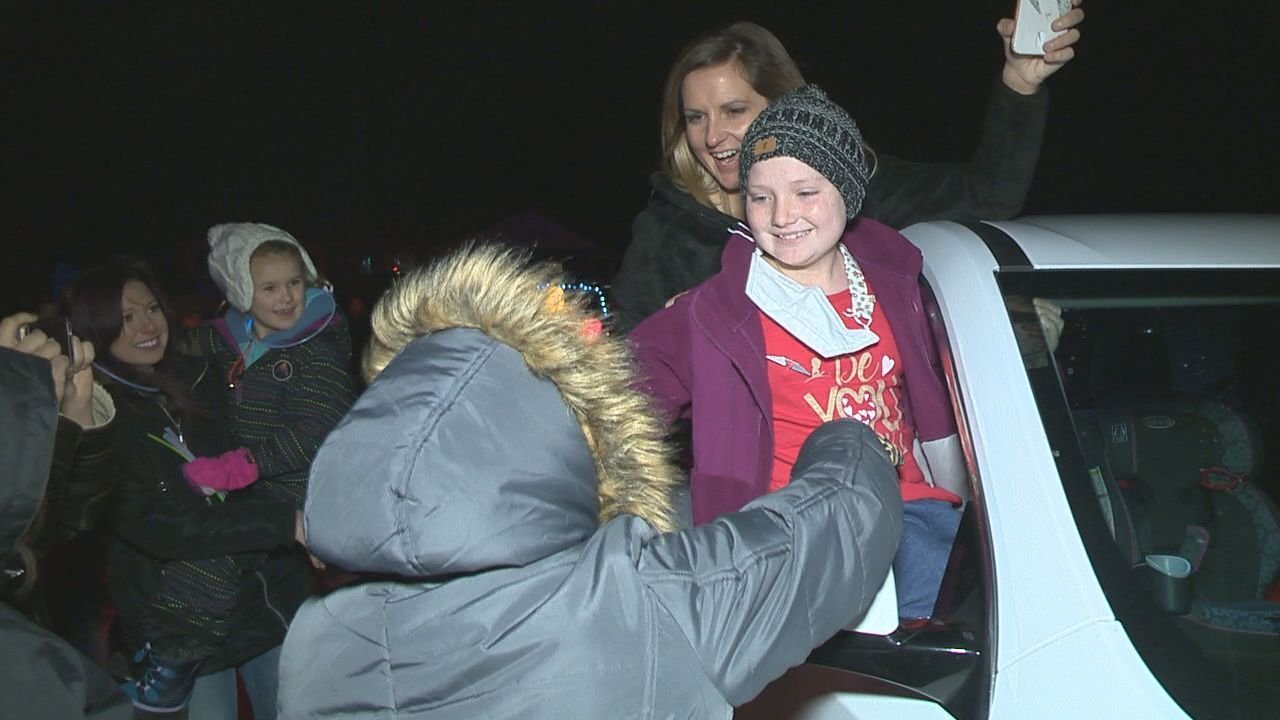 Brinley Jungnitsch, 8, was surprised by a street filled with a cheering squad, including several fire departments and Genesee County Sheriff’s office, just for her. Source: WJRT

LINDEN, Mich. (WJRT ) — Eight-year-old Brinley Jungnitsch has been in Memphis, Tennessee for the past six months fighting cancer for the third time.

At just four years old, Brinley was diagnosed with leukemia in 2015. She’s been all over the country for treatments since then but tonight she’s back as local firefighters, police, neighbors, and family helped guide her home.

Just before 9 p.m., the Jungnitsch family turned on to their street in Linden for the first time in 6 months. There waiting for them was a street filled with a cheering squad, including several fire departments and Genesee County Sheriff’s office, just for the 8-year-old battling cancer.

“They’ve been gone for 6 months, she’s beat cancer for the third time and so we’re welcoming her home and we’re extremely excited to have her back here with us for the holidays,” said Tom Evans, a family friend.

“It’s a Christmas miracle we can’t say how much we appreciate everybody for showing up and showing their support,” said Evans.

As the family pulled into the driveway they saw another surprise gift…holiday lights decorating their home put up by those supporting them in their fight.

“To have so much support and so much love for her,” said Jessica Jungnitsch. “I’m so proud of her that she just inspires so much. Like she just brings so many people together from all over and she’s just awesome, everybody is awesome. This community has been awesome since we went back to the hospital…the schools, everyone.”

Brinley and her family just found out yesterday they’d be able to go home and spend the holidays in Michigan. And there’s so much they are looking forward to being back home.

“In July she’s been in the hospital since May,” said Jessica. “So I don’t know it’s going to be great sleeping in our own beds tonight, see all of our friends, and family…

“And my boyfriend,” chimes in Brinley.

This will certainly be a Christmas to remember for the family and they plan to spend it doing something they haven’t been able to in a while…relaxing and home and being with family and friends.