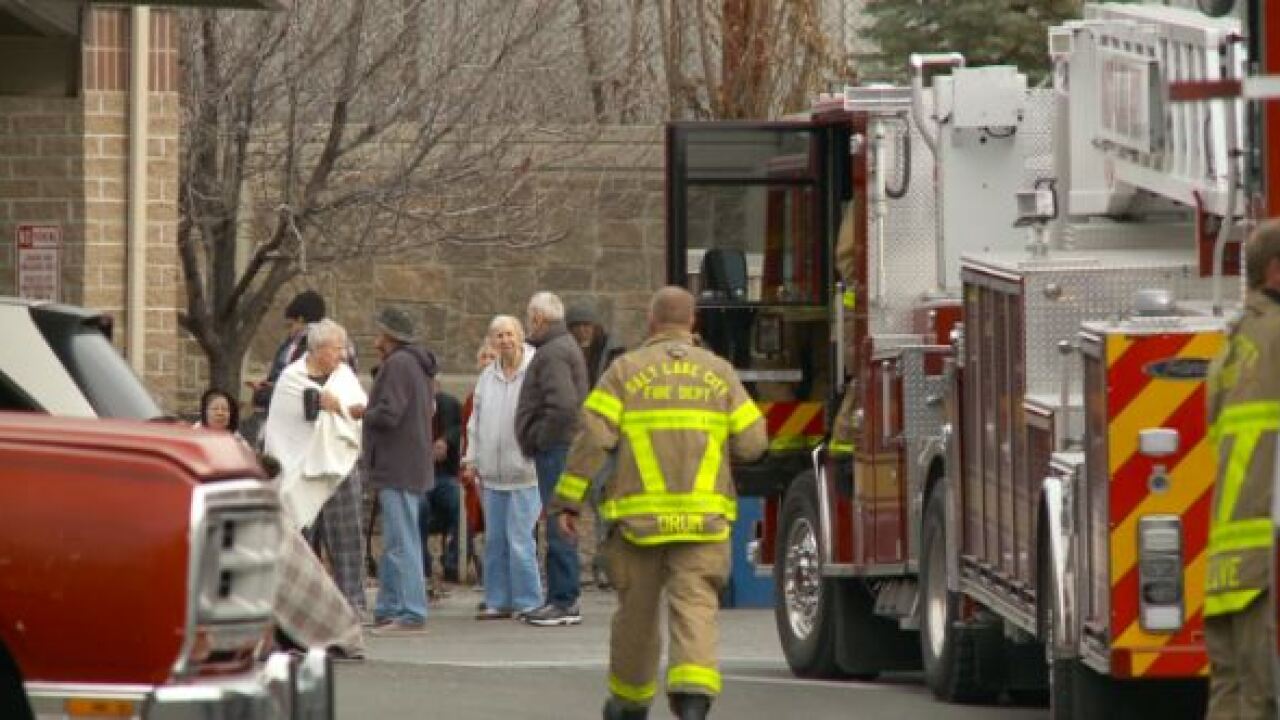 Salt Lake City Fire crews respond to Rendon Terrace after a resident set off a pesticide fumigator inside.

According to Salt Lake City Fire Capt. Adam Archuleta, the cartridge was set off in the man’s apartment at Rendon Terrace, an assisted living home for seniors.

The fumes spread from his apartment to other areas in the building and triggered smoke alarms, Archuleta said, and the building was evacuated as a precaution. Most went to stay in another location, while 24 were placed on a bus to keep warm and given access to a nearby church for restrooms.

Four people — two residents and two firefighters — were exposed to the product and experienced respiratory issues and were taken to the hospital as a precaution.

The evacuation order was lifted and residents were allowed back in just before 8 p.m.