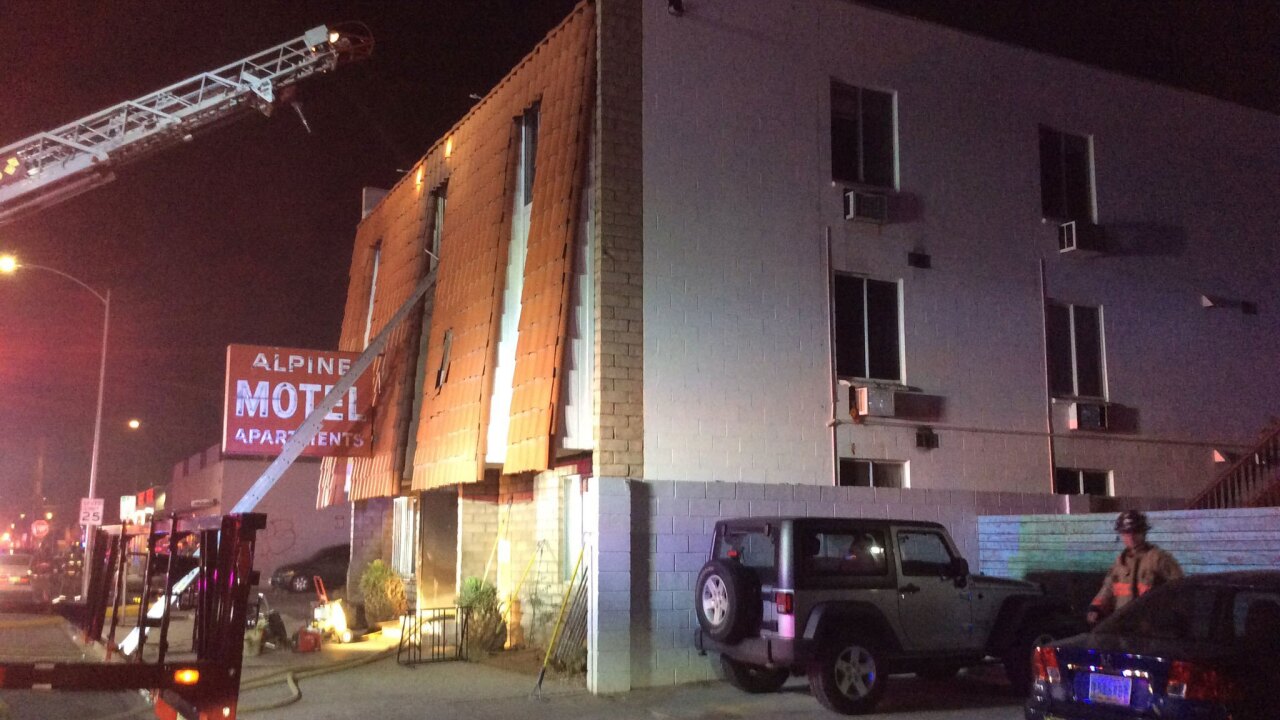 Multiple people died and others were injured in an apartment fire in downtown Las Vegas, Las Vegas Fire and Rescue said in a Facebook post. Source: Las Vegas Fire

(CNN) — Six people died and 13 others were injured Saturday morning in an apartment fire in downtown Las Vegas, authorities say.

In a news release, the Las Vegas Fire and Rescue said firefighters arrived at the Alpine Motel Apartments not long after 4 a.m. and found people jumping out of windows. Black smoke poured out of the wood frame, 42-unit building near Las Vegas Boulevard North.

Residents told investigators the building didn’t have heat and some residents might have been using their stoves for heat, Las Vegas Fire spokesman Timothy Szymanski said.

Firefighters found three people dead inside the building, one dead on the sidewalk and two dead at an unspecified location, the news release said. Their identifies have not been released.

Of the 13 injured people, 10 were taken to hospitals for treatment. The fire also killed two cats and a dog and displaced about 50 people, of whom 42 contacted the Red Cross for assistance, the fire department said. The building managers estimated 70 people lived there.

Las Vegas Fire and Rescue said the fire is believed to be the worst fatal fire in the city’s history, according a news release. Damage is estimated at $475,000 and the incident remains under investigation.

The MGM Grand fire of November 1980 occurred outside the city limits. It killed 87 people and injured around 700.