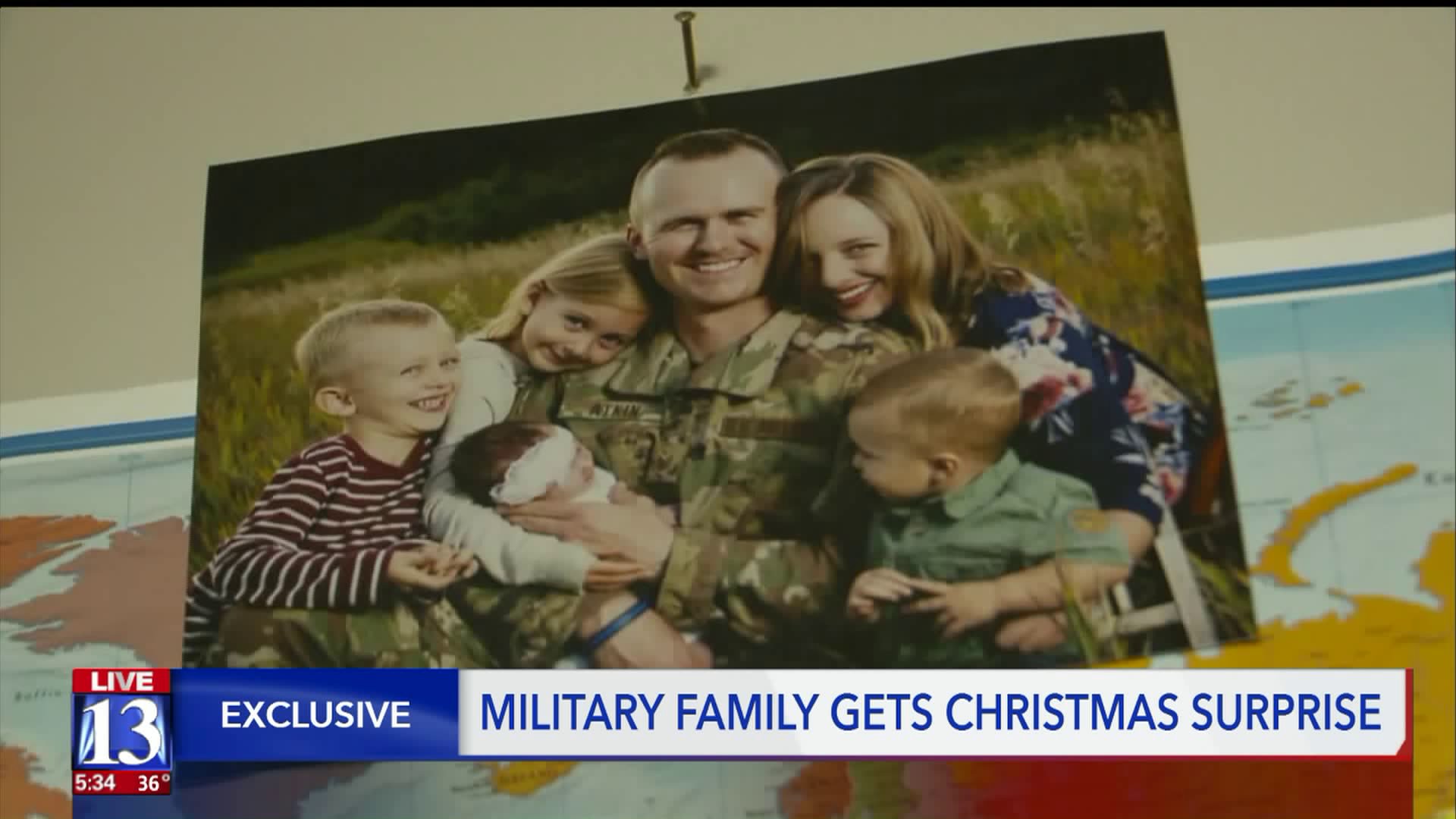 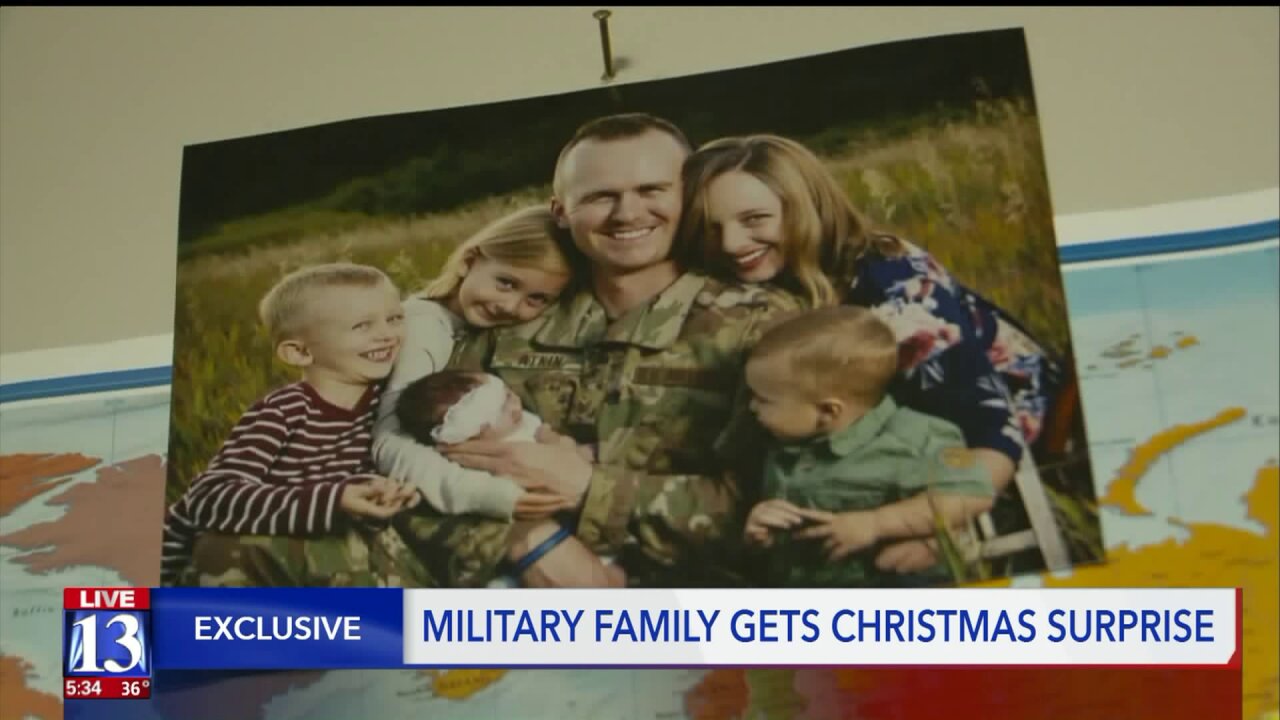 The display was a show of support and gratitude. Tech. Sgt. Jonathan Atkin, who is also a Davis County deputy, is currently deployed in the Middle East with the United States Air Force. This is the first Christmas he will be away from his wife and four children.

“Christmas has been a little different than normal,” said Sara Atkin, Jonathan’s wife. “We have missed a lot of holidays, but never Christmas before.”

At first, the commotion was a bit startling for the family and their neighbors.

“I got a lot of texts asking, 'Is everything OK over there? We see a lot of cop cars,'” Sara said.

“I thought we were in trouble,” added four-year-old Miles Atkin.

But there was no trouble on this night, just co-workers and the community thanking the family for their sacrifice.

“Just to fill the gap. To let them know that we haven’t forgotten about them,” said Captain Taylor West of the Davis County Sheriff’s Office.

“It felt wonderful to have the support of our blue family,” Sara said.

Tech. Sgt. Atkin has devoted his entire life to serving others.

“He loves working for the county. He loves being in the military,” Sara said.

The children were given giant stuffed animals. Miles received a toy police car, which was his favorite gift — he already dreams of following in his father’s footsteps and devoting his life to police and military service.