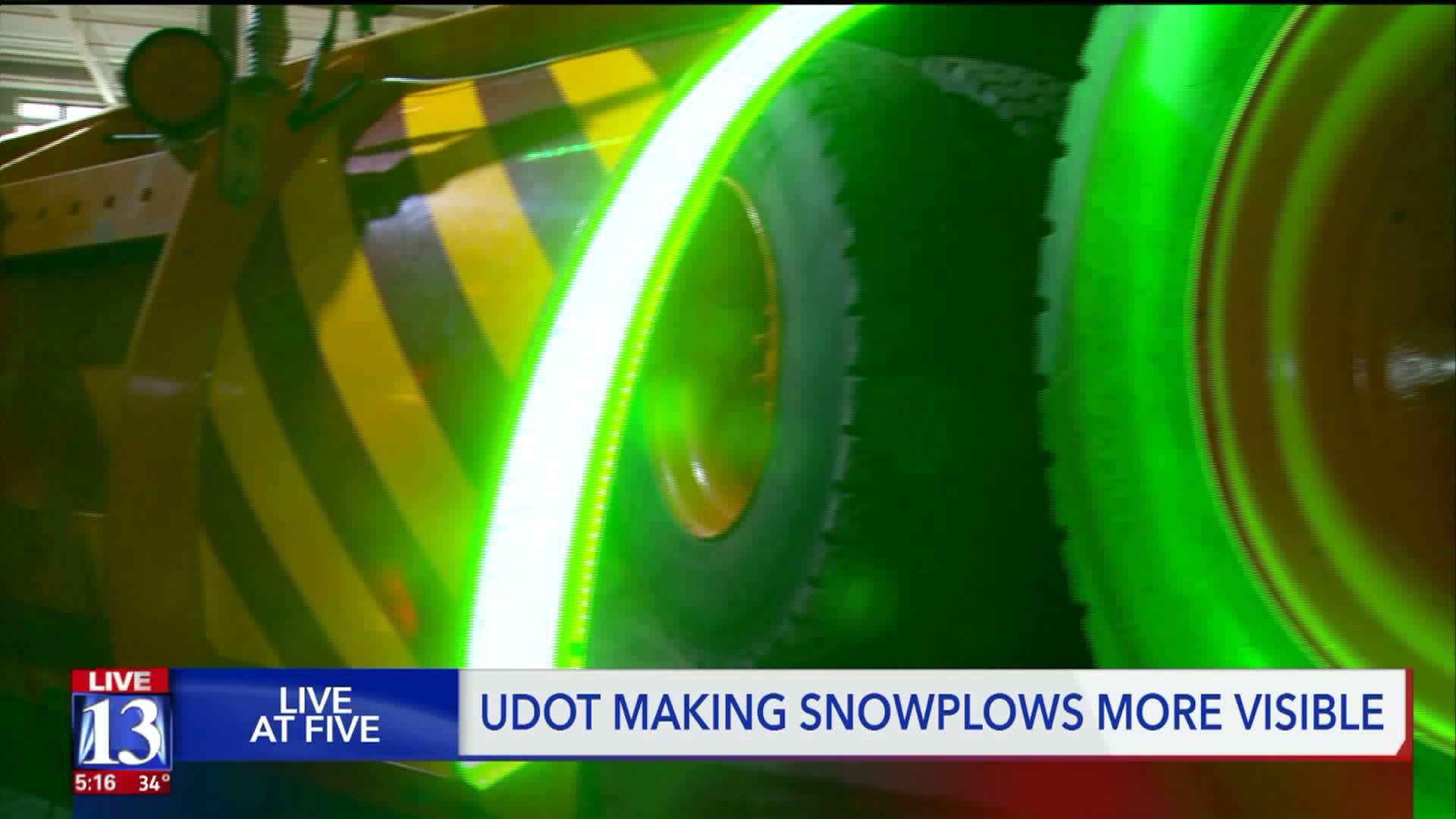 One of the main goals of Utah Department of Transportation (UDOT) is to keep Utah roads safe. 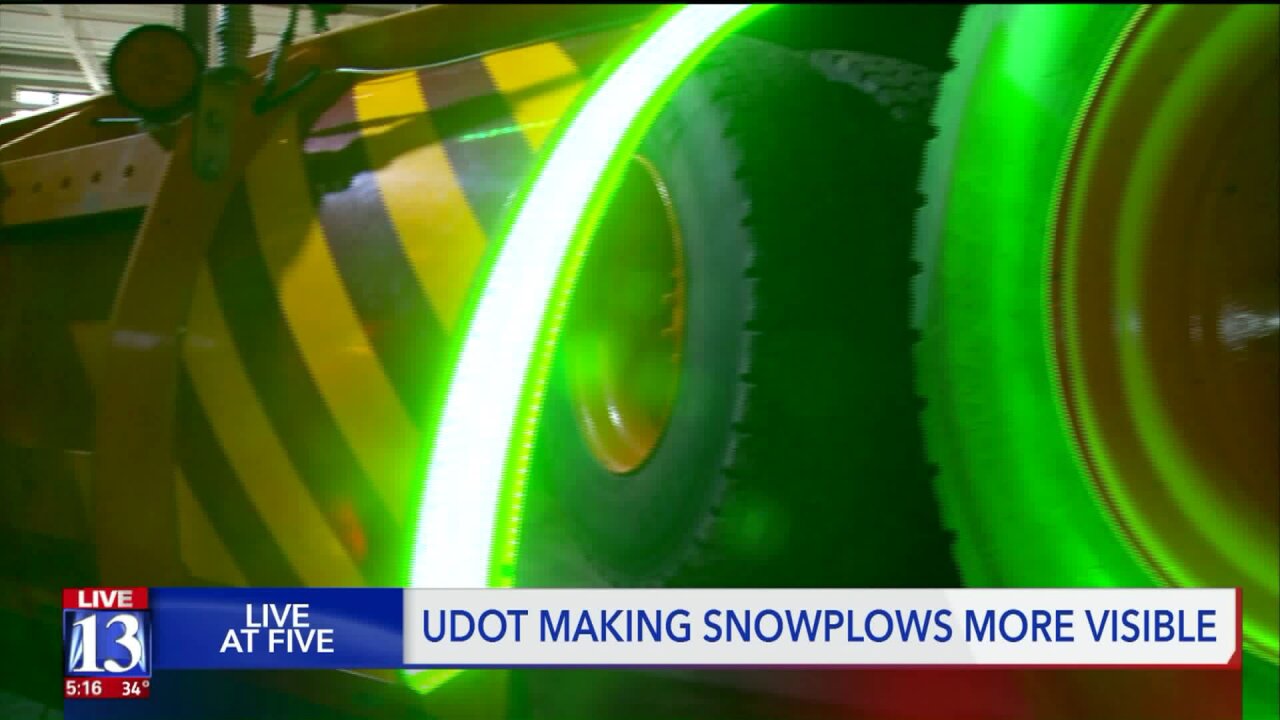 SALT LAKE CITY -- The Utah Department of Transportation is testing out a new way to make snowplows glow.

One of UDOT'S main goals is to keep Utah roads safe.

The department has 556 snowplow trucks and more than 750 full-time snowplow drivers, according to UDOT.

“We have been having problems with plow trucks getting hit or people not being able to see them in heavy snow,” Jake Brown, UDOT Roadway Operations Manager for Cottonwood Canyons, said.

The department has added a green LED light strip to some of its snowplows in an effort to make the plows more visible.

“We first started out with these LED poles, we call them whips and the whips work really good, but they don’t take a lot of abuse," Brown said. "So, when we are plowing and the wing is up, it hits trees and everything like that, cracks, the saltwater gets into them, makes them short out."

That’s why they are trying a pilot program with the strips along the side of the wings.

“Even in the daytime you can see it with the sun shining on it,” Brown said.

Ben Lundgreen has been driving snowplows for around 15 years. It can be a tiring and difficult job, but one he said he loved.

“Visibility is always a hard part driving those plows,” he said.

He is looking forward to the benefits of the new LED lights. Lundgreen said he hopes people will remember to slow down and not try to pass snowplows.

“I was in an accident a couple of years ago. I had a lady try to pass me and there is a lot of snow that comes off these snowplows. It was landing on her windshield and she couldn’t see and then she ran into me,” he said.

Each LED strip costs a couple hundred dollars. This is a pilot program, and UDOT officials said they plan to monitor the effectiveness of the LED strips.