Puppy Abandoned in Hurricane with note taped to its body 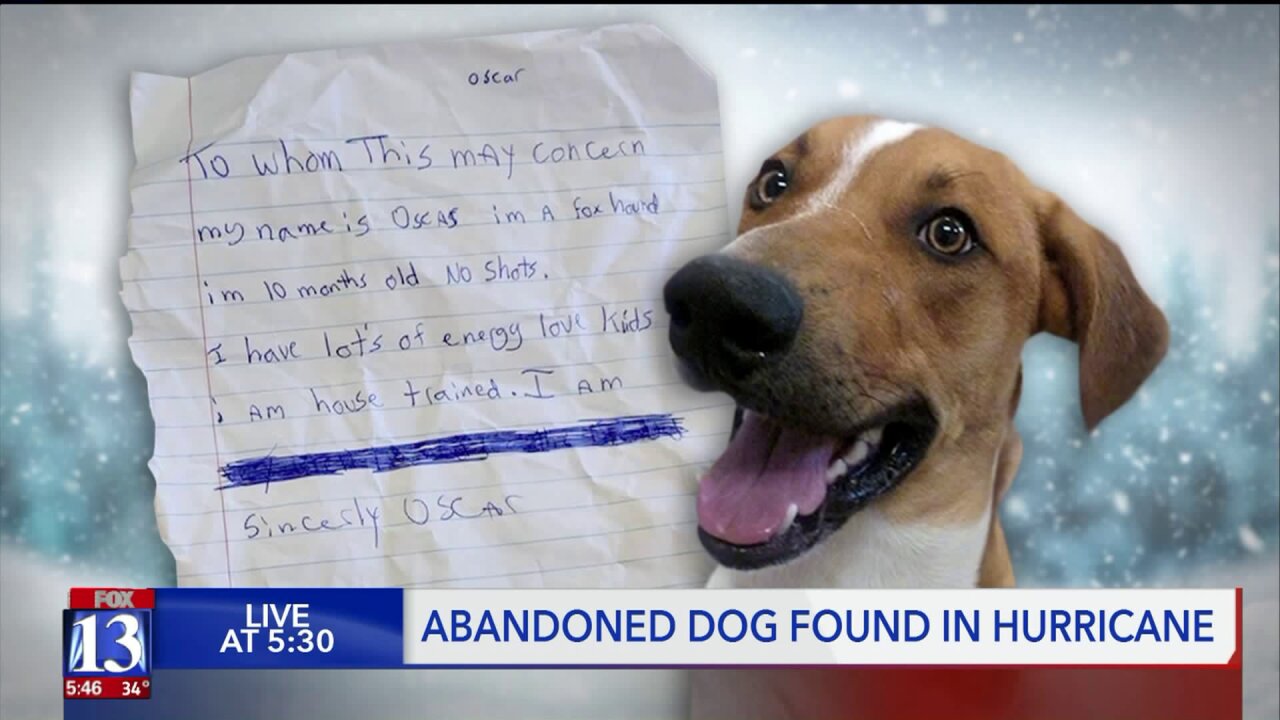 HURRICANE, Utah — A dog is now in the shelter, after it was found abandoned near Grandpa’s Pond.

According to a Facebook post from the Hurricane Animal Shelter, a dog named “Oscar” was found with a note taped it its body.

The note was addressed from Santa Claus to the pound. It describes Oscar as 10-months-old. with lots of energy and house trained.

The shelter and police are investigating who abandoned the dog and why.

Around the holidays, pet abandonment is not uncommon.

“It happens on a fairly frequent basis,” said Callista Pearson with Salt Lake County Animal Services.  “It’s sad people feel that is their only option.”

This time of year, the shelter sees an uptick of young animals wandering the streets. Those animals should not be there.

“You don’t usually find a 4-month-old chihuahua or lab puppy meandering the streets,” Pearson said.  “They just don’t get there.  Someone’s just let them out of their house because they don’t know what else to do with them.”

Humane and compassionate options are available for individuals who decide they can no longer take care of their pets.

“People should first go to their local animal control and see if they have a turnover policy,” Pearson said.  “Abandoning the animal is not the answer.  It is upsetting to see animals being abandoned.  There is always a story behind it, though.  It’s sad if people feel that is their only option.”

Anyone with information about Oscar is asked to contact the Hurricane Animal Shelter at (435) 635-8314.