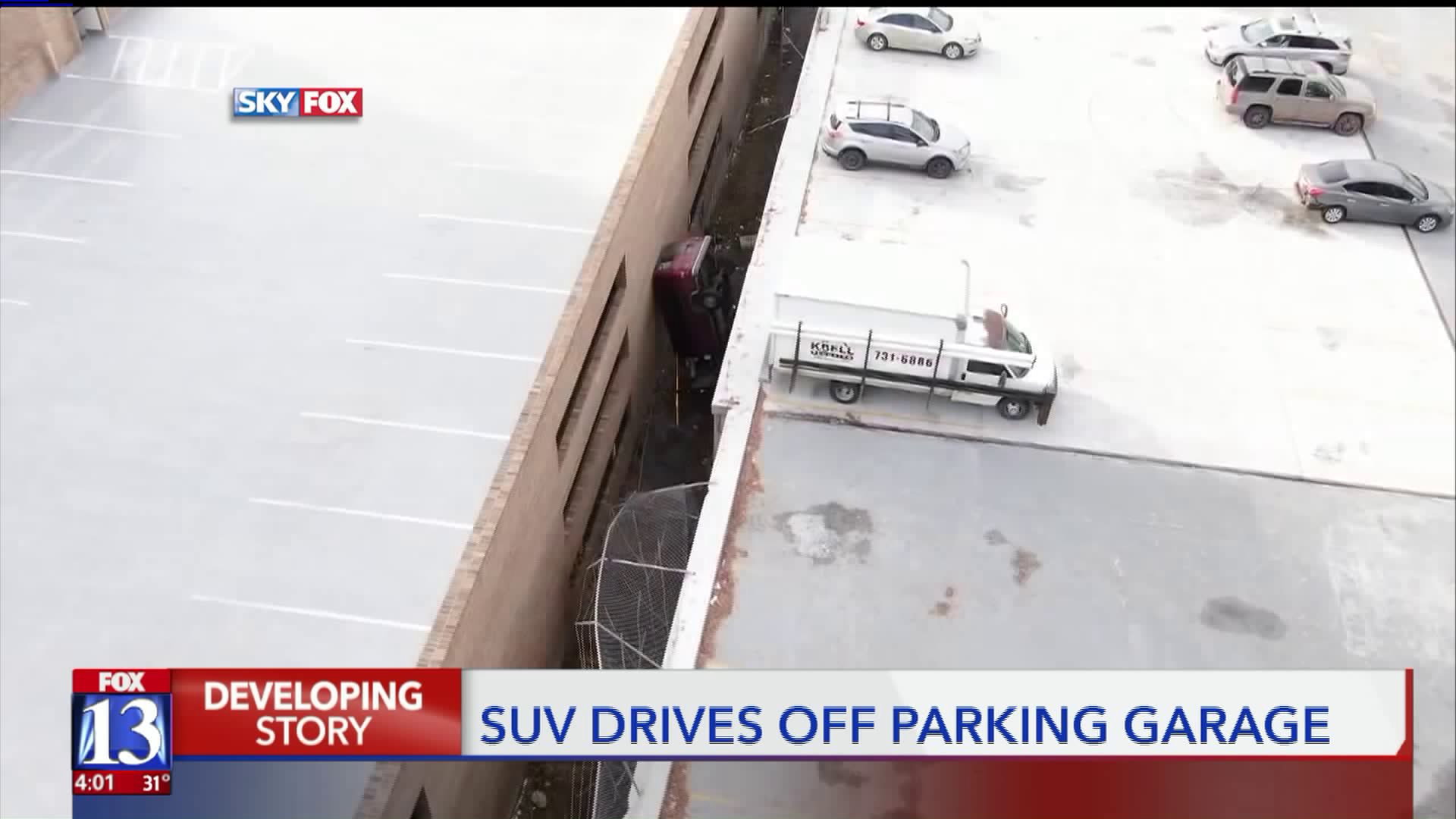 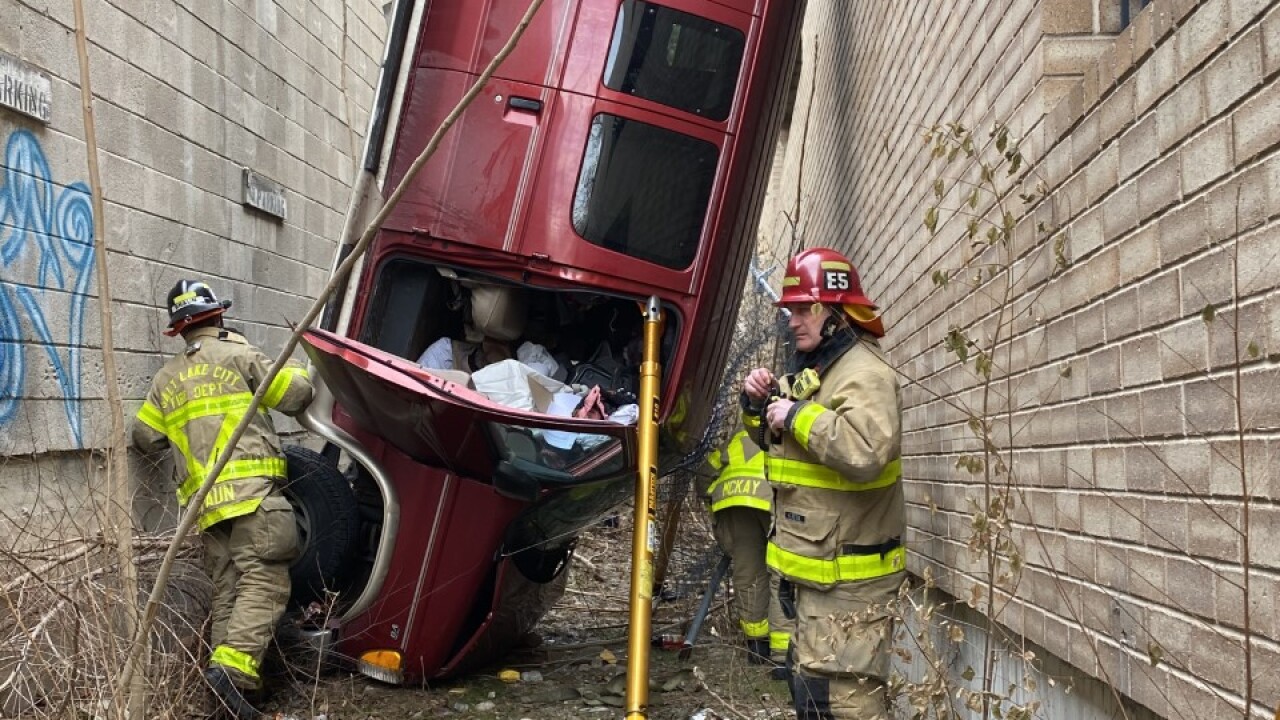 SALT LAKE CITY -- A man was taken to the hospital after he drove an SUV off the top level of a parking garage in Salt Lake City Wednesday afternoon.

It happened in the area of 500 East between 1st South and South Temple streets just before 1:00 p.m.

According to Salt Lake City Police, a burgundy Ford Econoline 150 was driven through a chain link fence on the top level of the parking garage and fell about 25 feet to the ground below — leaving the van pinned between the building and a separate parking garage next door.

Only one person was inside the vehicle, upon crashing he was trapped inside. Firefighters said they had to send in heavy rescue crews to get him out given the vehicle's position and ’stability’ concerns.

Within five minutes, SLCFD extricated the driver and began an on-site medical evaluation. The driver, a man around 50, was then taken to a local hospital.

"When you fall from that distance inside a vehicle it’s very unusual to not sustain any major damage or any injuries," Captain Adam Archuleta with the Salt Lake City Fire Department said. "So again, very fortunate up to this point to determine there are very minor injuries."

Members of a heavy rescue team, with the help of a very large tow truck, retrieved the wreckage just before 4:00 p.m.

At this time investigators don't know what caused the driver to go off the ledge. The driver will undergo a physical and mental evaluation as well as questioning to determine the cause. 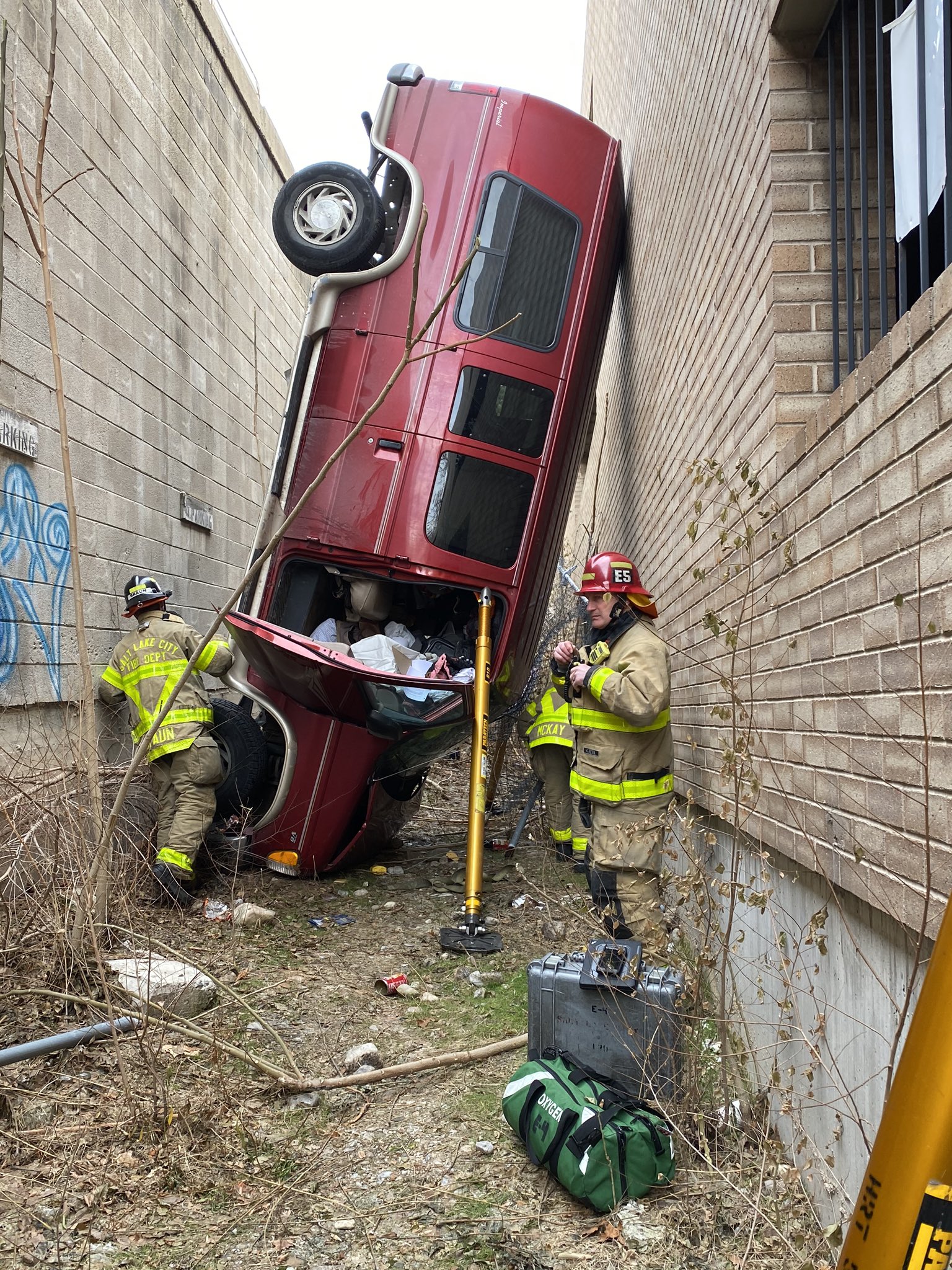