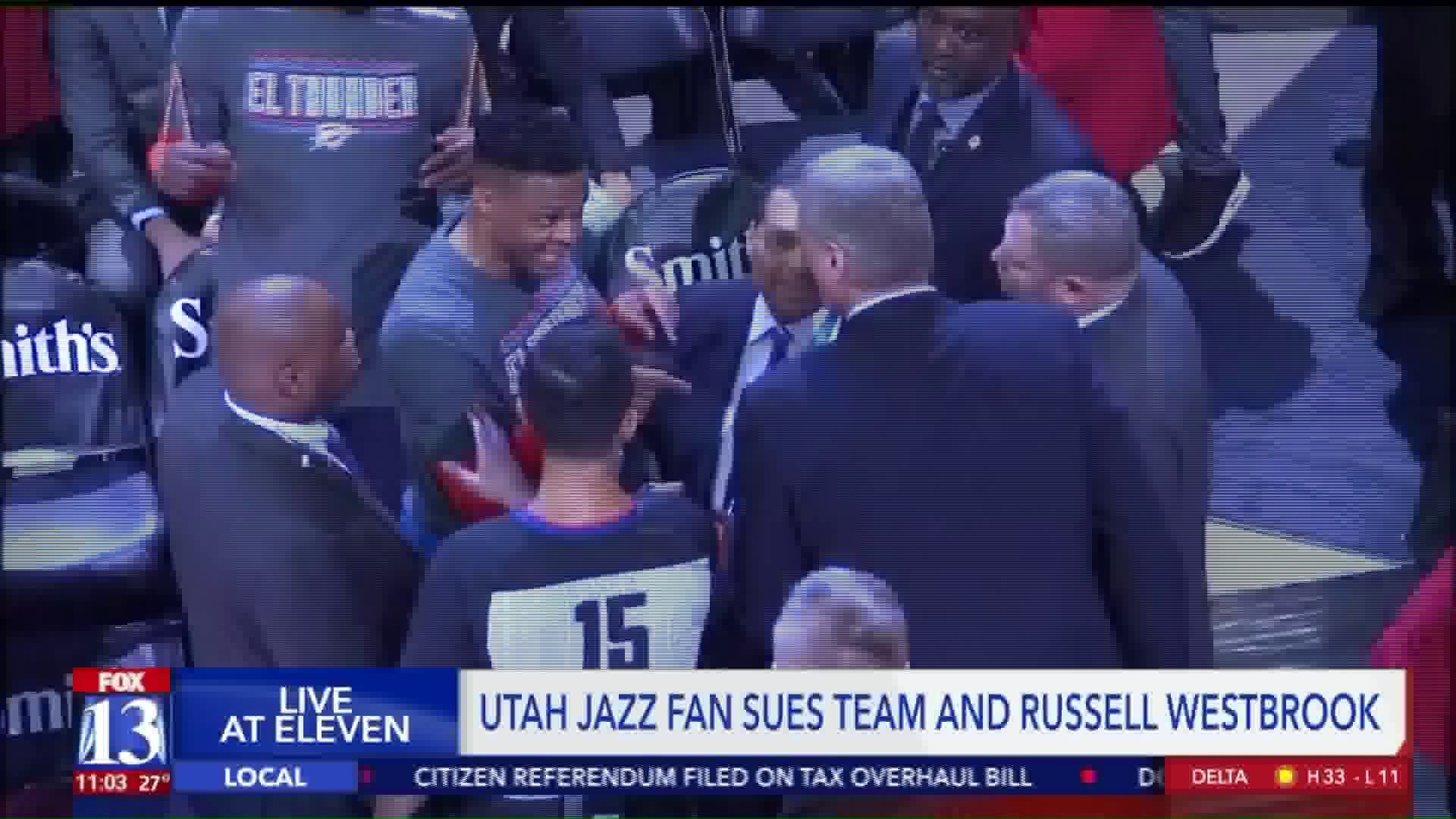 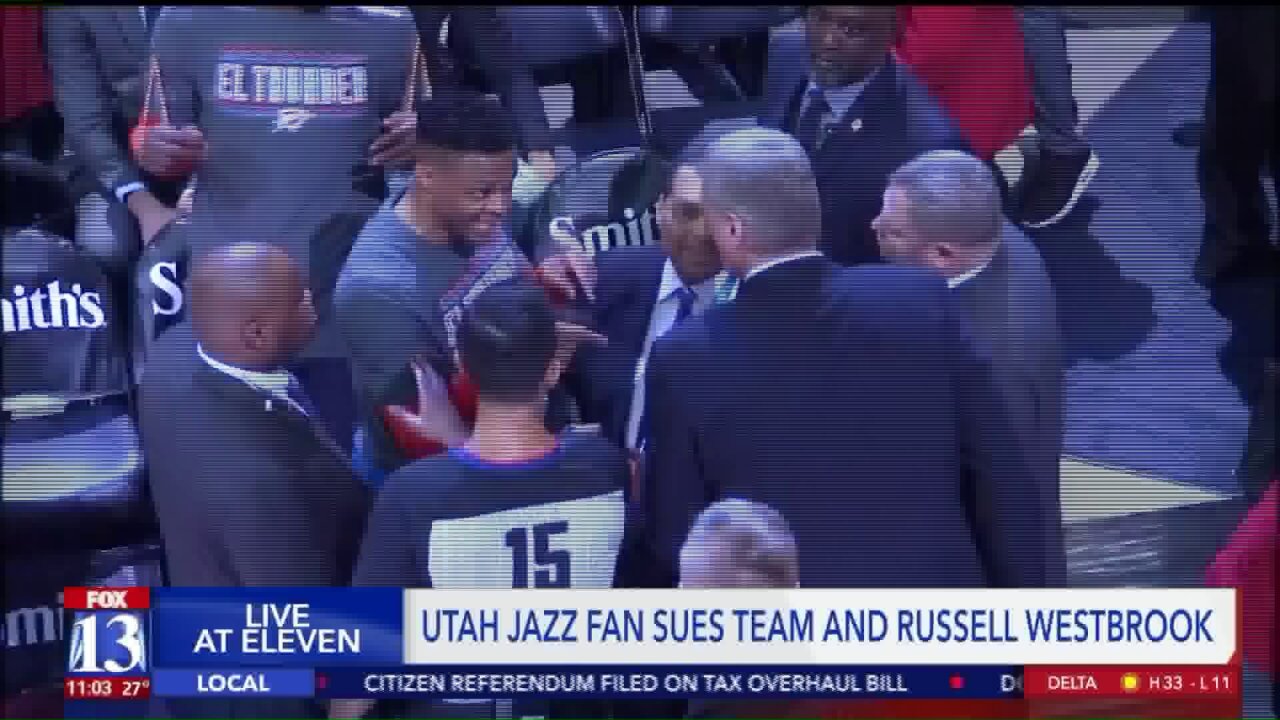 SALT LAKE CITY -- A Utah Jazz fan has filed a lawsuit claiming he was wrongly banned for life from events at Vivint Smart Home Arena and wrongly labeled a racist.

On March 11, fan Shane Kiesel got into a verbal altercation with then Oklahoma Thunder star Russell Westbrook.

Westbrook claimed that Keisel used racist language while taunting him that night and said "get down on your knees like you used to."

In the lawsuit, Kiesel said he told Westbrook to "go wrap his knees."

Still, Kiesel received a lifetime ban from Vivint which he says was unjustified.

The lawsuit also claims Kiesel was essentially labeled a racist by the Jazz organization.

As a result of all the negative publicity, Kiesel claims his life, along with the lives of his girlfriend and children, have been destroyed.

"This lawsuit is an effort to try to at least reclaim what he can of his life and a retraction hopefully and some vindication that he's not racist, he didn't make racist statements," Scott Hoyt, attorney for Keisel said. "It's a vile thing in our society to be a racist, but it's also a vile thing to be falsely accused of being one."

Hoyt claims the investigation by the Utah Jazz took just 24 hours and was slipshod at best. He says his own investigation has turned up no evidence that any racist language was used.

“We believe there is no legal or factual basis for these claims against the Utah Jazz. The organization investigated the underlying incident and acted in an appropriate and responsible manner. We intend to vigorously defend the lawsuit.”