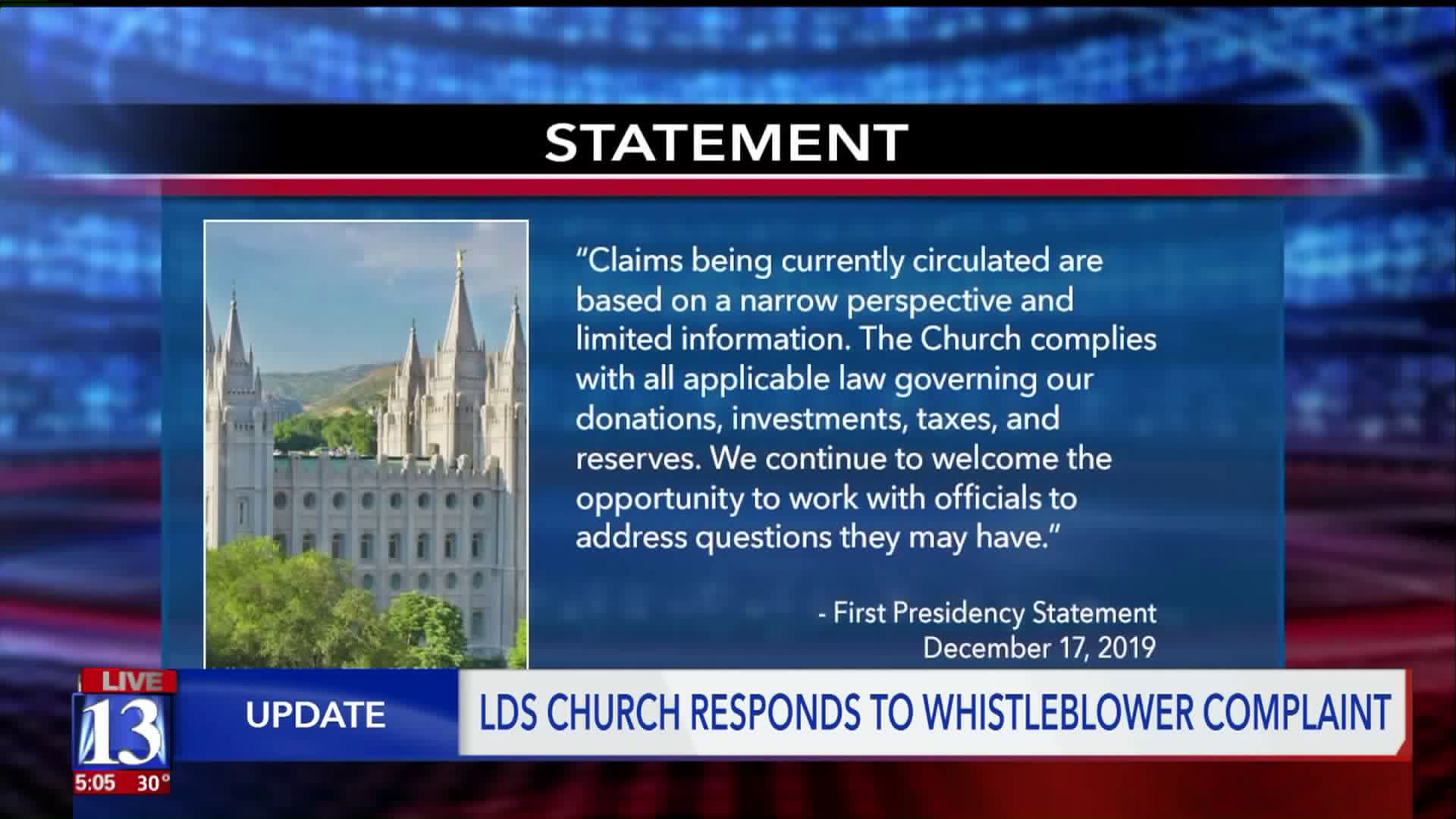 The Church of Jesus Christ of Latter-day Saints is responding to accusations about their finances. 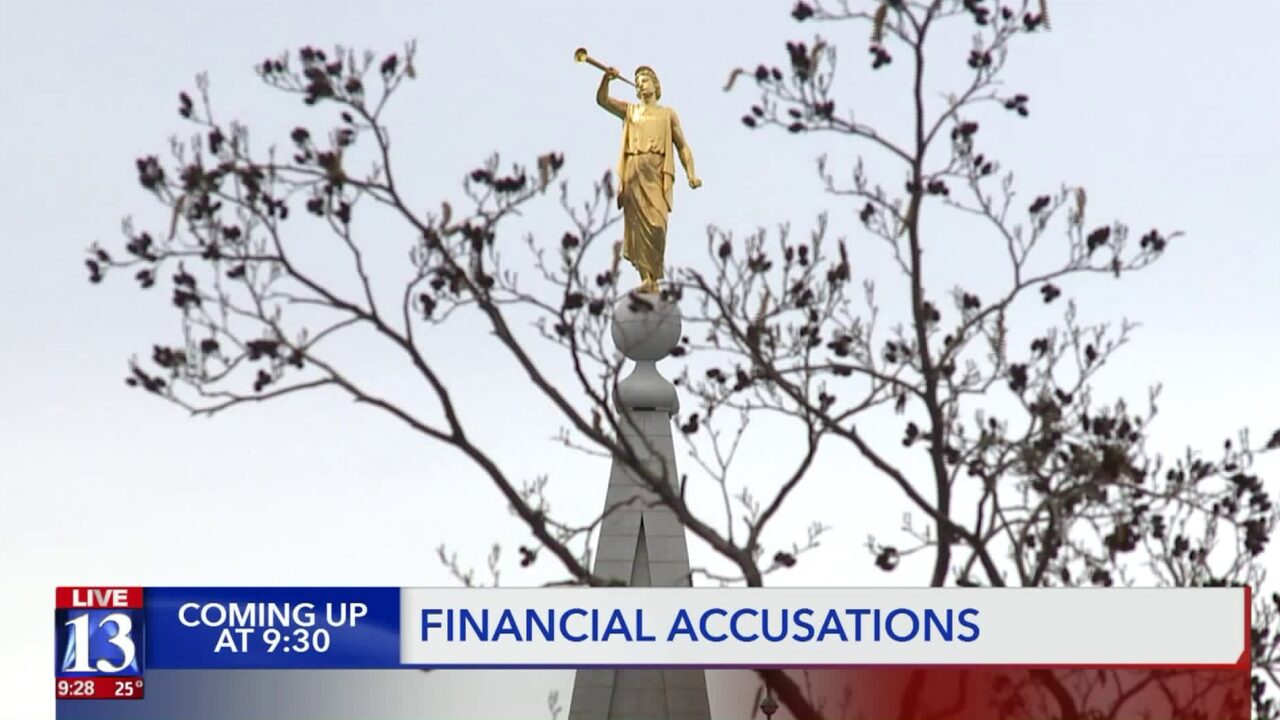 SALT LAKE CITY — The Church of Jesus Christ of Latter-day Saints is facing some serious accusations of financial wrong-doing, and an expert in tax law and religion is giving some insight.

According to a Washington Post article published Monday, a complaint filed with the Internal Revenue Service suggests that the church stockpiled as much as $100 billion in non-taxed funds. The complaint was filed by David A. Nielsen, who The Post says is a member of the church and who worked as a senior portfolio manager at church-owned Ensign Peak Advisors.

Nielsen claims he saw tens of billions in contributions and investment returns come in, and nothing but two checks to for-profit ventures go out.

Sam Brunson, a professor at the Loyola University Chicago School of Law, spoke to FOX 13 about the allegations and what action could be taken.

"The problem is that what we're looking at, what we're dealing with, isn't an easy black and white answer," he said.

Brunson, who specializes in tax law and wrote the book "God and the IRS: Accommodating Religious Practice in United States Tax Law," says the IRS allows groups like Ensign Peak Advisors to invest and make money, but requires them to pay out what they call "commensurate in scope," and that's one of the gray areas.

"If the whistleblower is right, that [the church] is not paying out anything, that's clearly not commensurate in scope. That clearly doesn't meet the requirement," Brunson said.

The other gray area is what can be considered "charitable activity" — which Brunson said includes "kind of a wide range of things, but it's not an unlimited range."

Brunson says if Ensign Peak broke the law, it wasn't in a black and white way.

"Ensign Peak might actually not qualify for tax-exempt status," he said. "But if it doesn't, it's probably because of ambiguity in the law."

"Claims being currently circulated are based on a narrow perspective and limited information. The Church complies with all applicable law governing our donations, investments, taxes, and reserves. We continue to welcome the opportunity to work with officials to address questions they may have."

The First Presidency of the church added that its funds are "methodically safeguarded through wise financial management and the building of a prudent reserve for the future."

The entire statement from the church can be read here.

Brunson says the IRS could ignore, read or take action on the complaint. If they impose fines, The Washington Post points out that Nielsen could get a cut of the fines under IRS whistleblower policy.