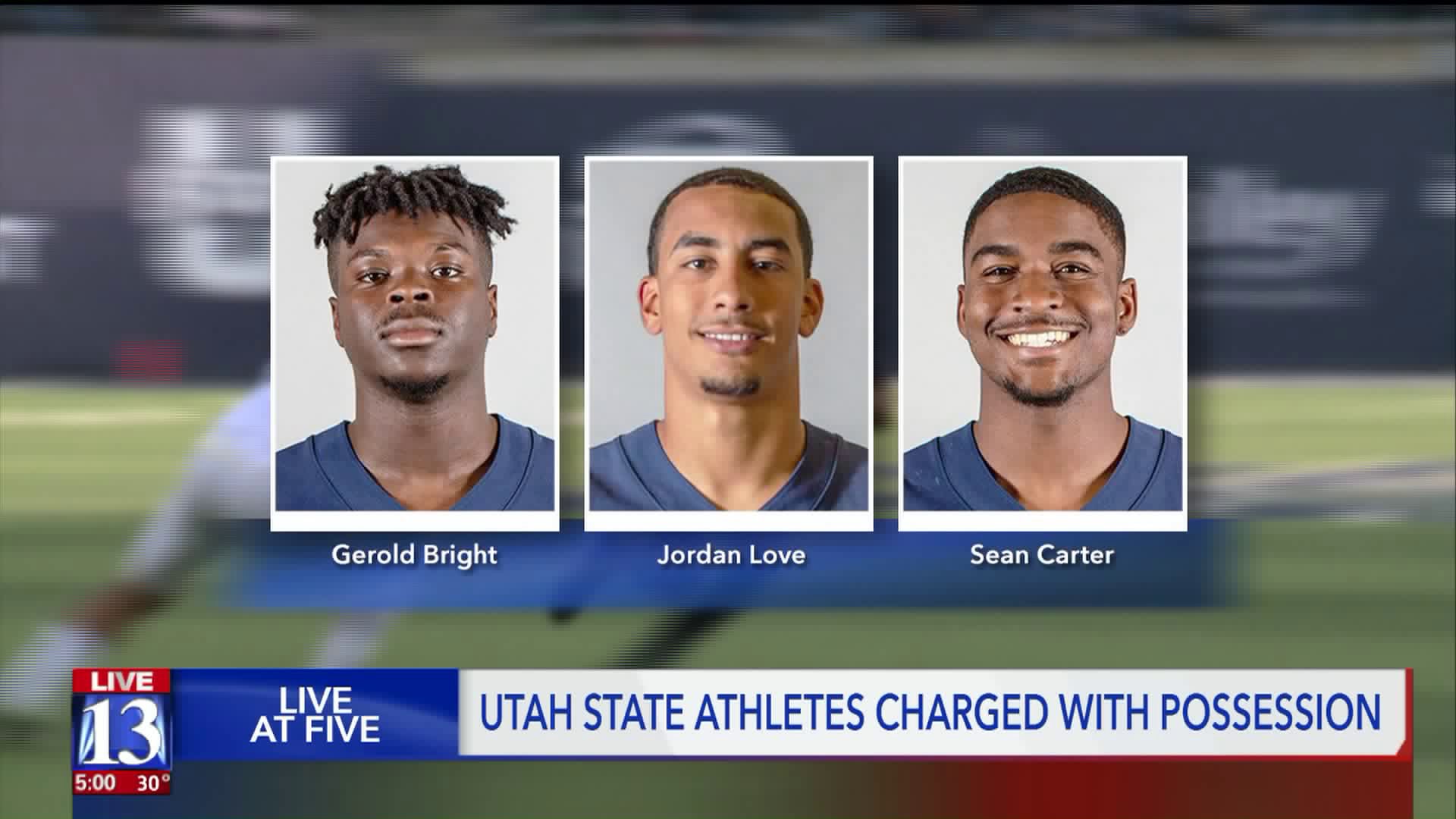 Three Utah State University football players are being charged with possession of marijuana, a misdemeanor. 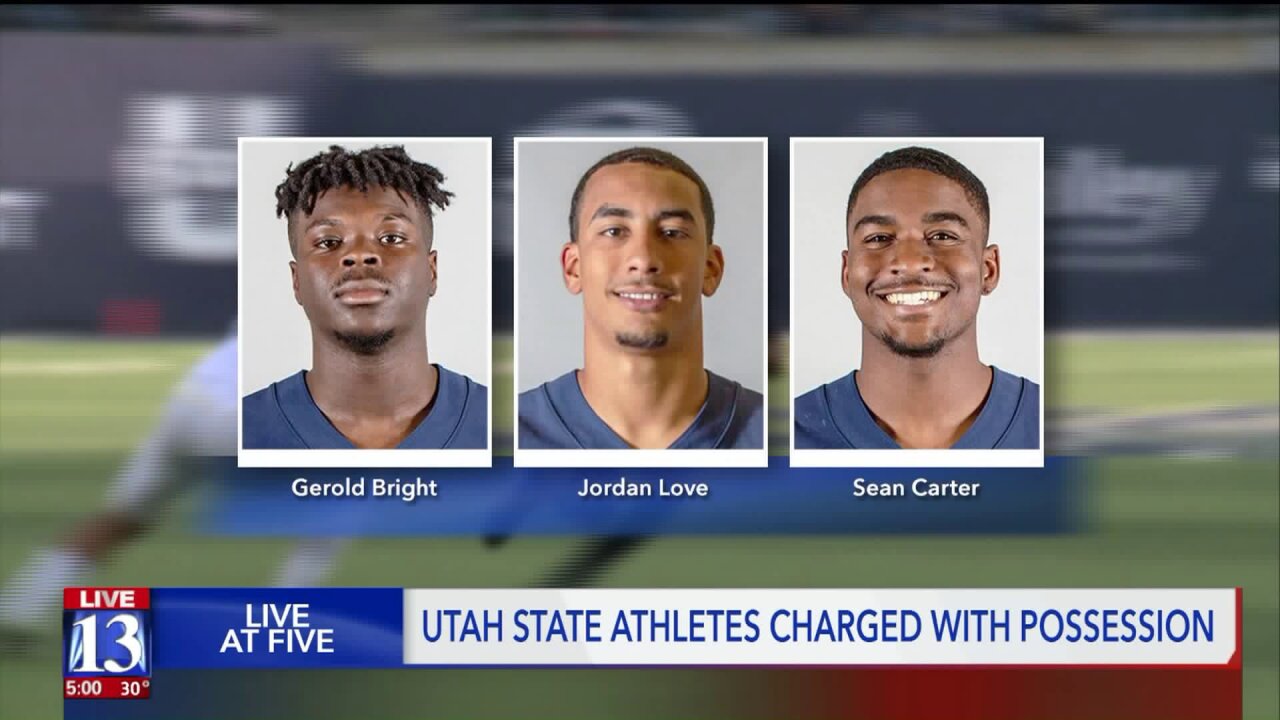 Police responded to a call near midnight on Saturday that some USU students were suspected of smoking marijuana.

The smell of marijuana greeted the police on their arrival.

Possession of a controlled substance of this type is a class B misdemeanor.

A track and field athlete with USU, Elani Rice, was also cited.

Assistant Logan City Police Chief Jeff Simmons says officers did not find any drugs or drug paraphernalia at the scene.

The police had probable cause, however, because of the smell of marijuana inside and outside. Officers asked suspects for consent to do a drug test.

The suspects said no to the drug test, Simmons says. The police called a judge for a warrant. The warrant was issued and the suspects were drug tested on scene. The suspects tested positive for marijuana.

The suspects were cited and released.  Four people charged with possession of marijuana.

All four USU athletes are set to appear before Judge Lee Edwards on Dec. 30.

Utah State issued a statement regarding the charges.

“We are aware that citations were issued. We have processes in place, both in Student Conduct and in Athletics, and we’ll follow these procedures in this case,” a spokesperson says.

The Aggies are competing in the Tropical Smoothie Cafe Frisco Bowl against Kent State on Friday in Frisco, Texas.

University spokesman Tim Vitale confirmed to FOX 13 Tuesday evening that the three players will indeed be eligible to play in the bowl game.

Love, a junior, recently announced that he is leaving USU to enter the NFL draft.

Skye Lazaro, an attorney for Love, sent the following statement to FOX 13:

“Contrary to initial reports Jordan Love was not arrested for any offense, but simply cited by the officer for a low-level misdemeanor possession charge. Based on the information available at this time, there was no marijuana or other illegal substances recovered at the scene. Jordan maintains his innocence and is confident he will be exonerated as this matter progresses through the judicial proces.”