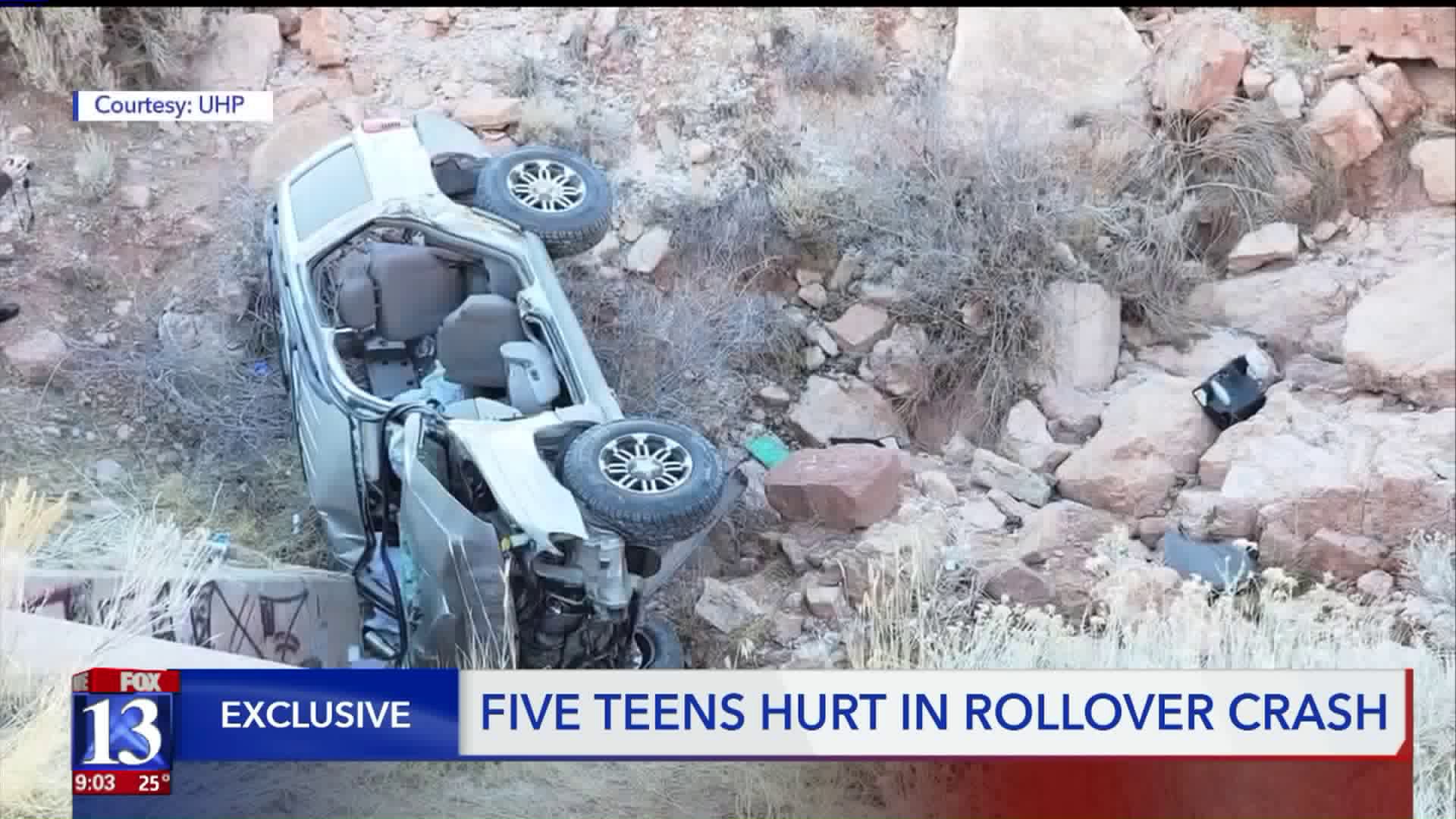 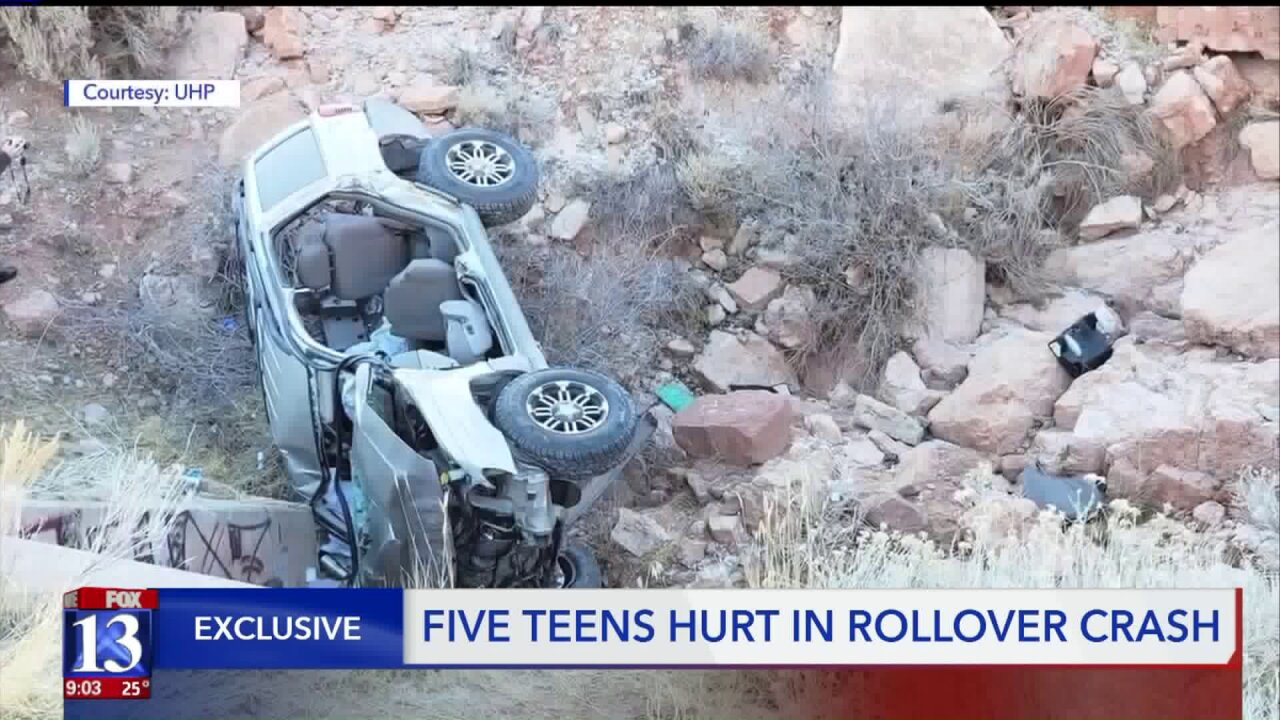 RICHFIELD, Utah — A small Utah town is sharing the burden after a rollover crash sent five teens to the hospital, four in critical condition.

The group of Richfield High School students were in a Jeep during their lunch break when the driver lost control and crashed into a ditch.

The old country road leading up to the water tower, just west of Richfield, is somewhat of a hot-spot for high schoolers.

But during Richfield High School’s lunch break Tuesday, the popular dirt street, known as CC Road, turned into a crash site after high speeds sent an SUV full of teens launching into a ravine full of boulders.

“It’s been on my mind all day, I haven’t stopped thinking about it,” said Nielson. “I saw the car come up, come up over this hill and go down, then I lost the car.”

Standing in the aftermath of a crash site, Tanner is looking at a very different scene than he saw just hours prior.

“It all happened in basically slow motion in my mind,” he said.

Tanner was in a car nearby with friends when he saw the SUV blasting down the hill at what he estimated would have been 50 to 60 miles per hour.

He then watched as the car lost control, went airborne and then disappeared from his sight.

“Honestly, I don’t know what I was thinking, I was like, ‘I’ve got to hurry and get over there, make sure they’re okay,’” Nielson said.

He was the first one to see the Jeep Grand Cherokee smashed into the side of a cement drainage pipe surrounding by large rocks. He counted five people inside.

“First thing I said was, ‘call the cops,’” said Nielson.

To make matters worse, the five weren’t strangers — they were his classmates.

“’Are you okay?’ Just calling all their names, seeing if they were talking,” Nielson said, recounting his reaction to the crash site. “Honestly, I just didn’t want this to be the last thought of them.”

Emotionally, Tanner is haunted by the incident.

“Thoughts of what happened, what I heard and seen… I kind of had a mental breakdown about it,” he said.

Still, he said he is walking away with hope for those involved and a new appreciation for life.

“I hope this is a learning lesson that kids are like, ‘Huh, one little move can change everybody’s life,’ because those kids, five of those kids’ lives have just changed today.”

FOX 13 spoke with the mayor of Richfield, who said it is a small, tight-knit community and they are hoping for the best outcome for the families involved.

“Small communities feel these things maybe more than a larger community where the burden is shared," Mayor David Ogden said. "We feel like the burden is our burden and we need to shoulder it and do what we can."

At last report four of the teenagers were flown by medical helicopter to Salt Lake City, and the other is still at a hospital in Richfield. Police said only two of them were wearing seat belts at the time of the crash.