Another avalanche triggered in same area where snowboarder died Sunday 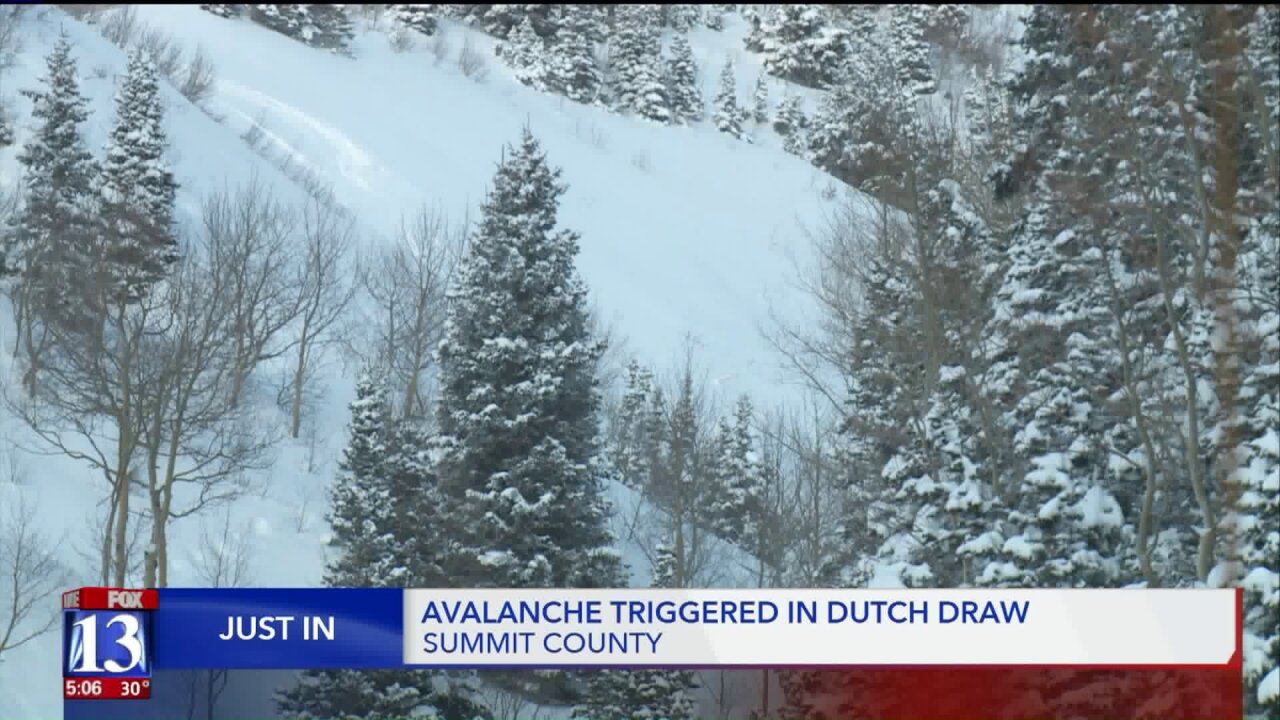 SUMMIT COUNTY, Utah — Officials are reminding skiers and snowboarders to always report avalanches after another slide occurred just days after a man was killed.

The Summit County Sheriff’s Office responded Tuesday afternoon to an avalanche in the Dutch Draw area of the backcountry near Canyons Village of Park City Mountain Resort — the same area where an avalanche buried and killed a snowboarder on Sunday.

Authorities say the slide was triggered by a skier using a snow kite, but fortunately no one was buried or injured.

The sheriff’s office also included a message to anyone who spends time in the backcountry, asking them to report any avalanches triggered to local authorities right away.

“It is NOT a criminal violation to trigger an avalanche, and no action will be taken against anyone who reports an avalanche,” the office wrote.

Reporting these avalanches immediately with as much information as possible helps authorities to keep responders safe and use resources more efficiently.

“Additionally, we always encourage everyone to check avalanche conditions with the Utah Avalanche Center before entering the backcountry. Always have the proper equipment, take someone with you, and always let family and friends know where you intend to go,” the statement read.