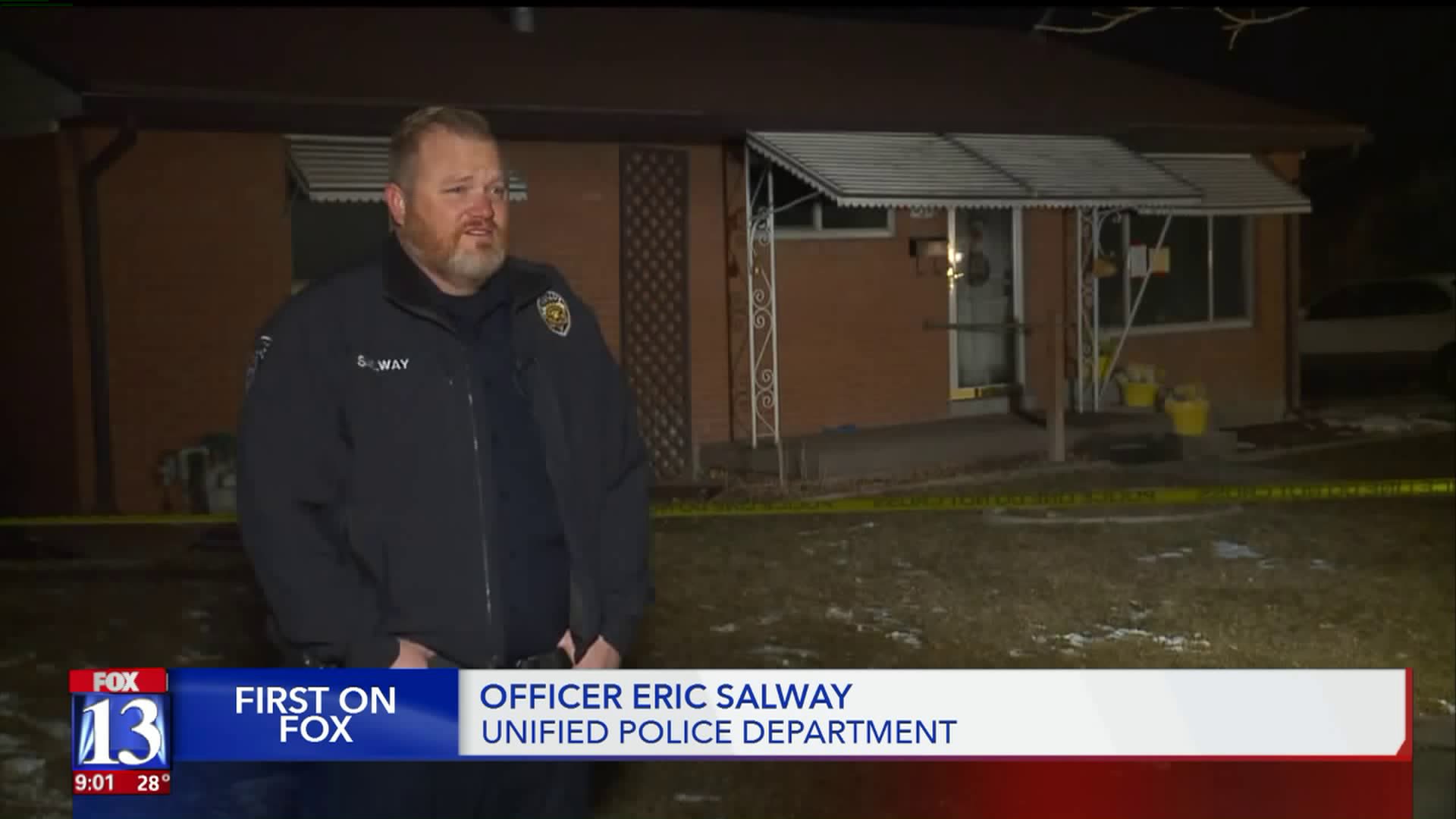 For the first time FOX 13 is hearing from the first person on scene of a deadly house fire in Magna early Monday morning. 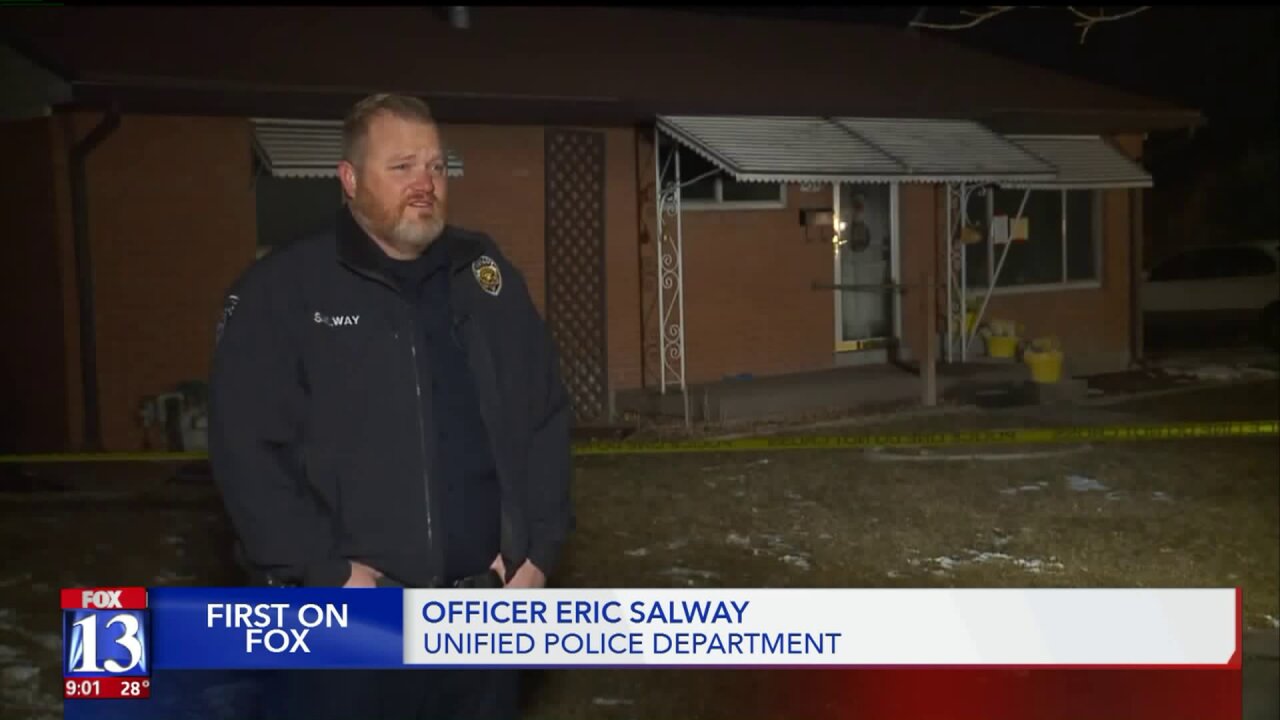 MAGNA, Utah — For the first time, FOX 13 is hearing from the first person on scene of a deadly house fire in Magna early Monday morning.

Officer Eric Salway was nearing the end of his shift when he got the call. He was the first person on the scene, finding flames coming from the basement and a rare call to service.

“I could see that there were two people sitting on the porch,” Salway said. “They were struggling and covered in ash. They had been inside and were coughing and weren’t doing so well themselves.”

The man and woman had escaped the basement where the flames started — but they told Salway that an elderly man, the woman’s father, was still unaccounted for.

“I could see that someone was sitting in the wheelchair. He wasn’t really responsive or looking at me,” Salway said.

Despite a lack of proper fire equipment, Salway ran into the burning home to get him.

“It was really smokey. I was struggling myself just to breathe,” Salway said. “Had I been in there longer, I think I really would have been in a world of trouble.”

When Unified Fire Authority arrived, they saw Salway pulling the man through the front door in his wheelchair.

“We took him out of the wheelchair and started doing chest compressions, CPR,” Salway said.

Despite their best efforts, 96-year-old Willis Shepherd had already lost his life, just feet from the front door.

“It looked like he was trying to self extricate at that time,” Ryan Love with UFA said of the elderly man.

Now, standing in front of police tape just 17 hours later, the flames are out and the scene has gone quiet.

“It’s unfortunately that he didn’t make it, but we have to do what we can to help those that we can help,” Salway said.

UFA said the other two in the home were taken to the hospital to get checked out but are expected to be okay.

Unified Fire also mentioned the smoke detectors inside of the home were not working at the time of the fire. They urge everyone to check the detectors in their homes to make sure they are working, especially during this time of year.