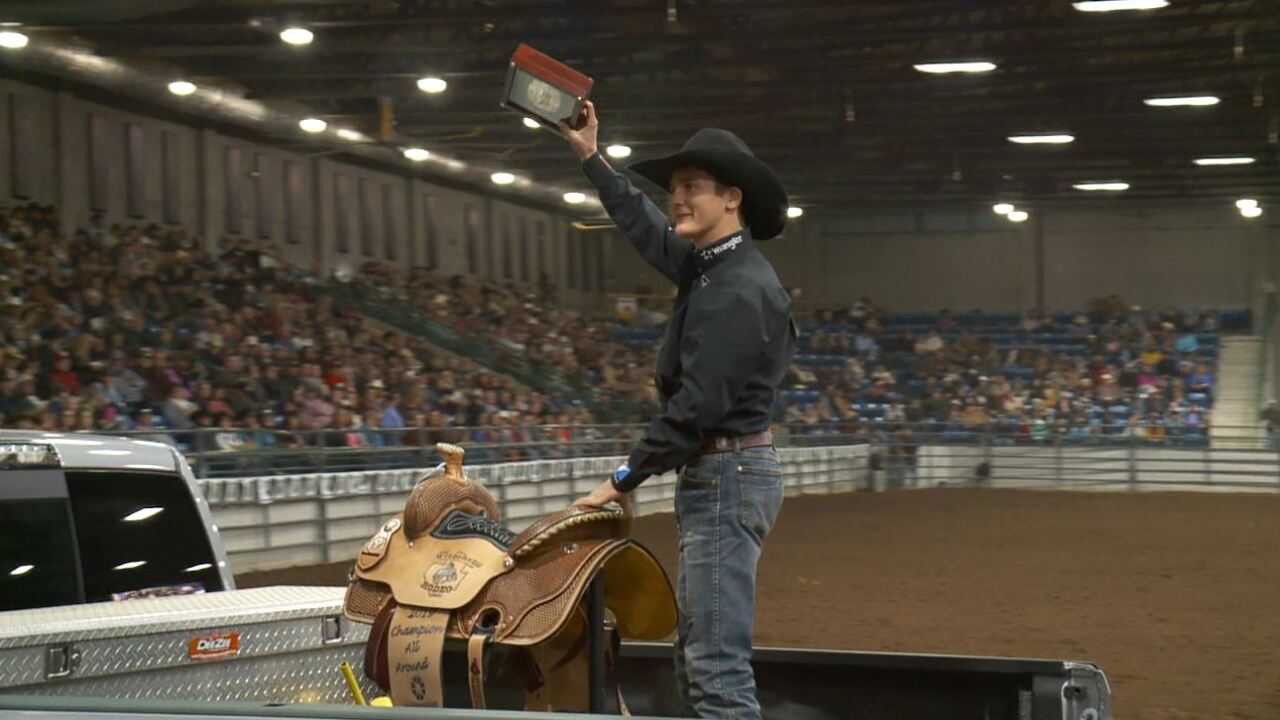 LAS VEGAS — There is a new world champion cowboy who calls the Beehive State home.

There were other local winners in the final night of the NFR. Dakota Eldridge from Elko Nevada came in first place in the steer wrestling category with a $26,000 payday. In saddle bronc riding, Stetson’s older brothers both finished in the money. Ryder Wright finished in a three-way tie for third place and received $11,000. Rusty Wright tied for sixth and went home with $2,000. In bull riding, Honeyville’s Tyler Bingham came in third earning $18,000.