Schumer requests four witnesses, including Mulvaney and Bolton, in letter to McConnell about Senate impeachment trial 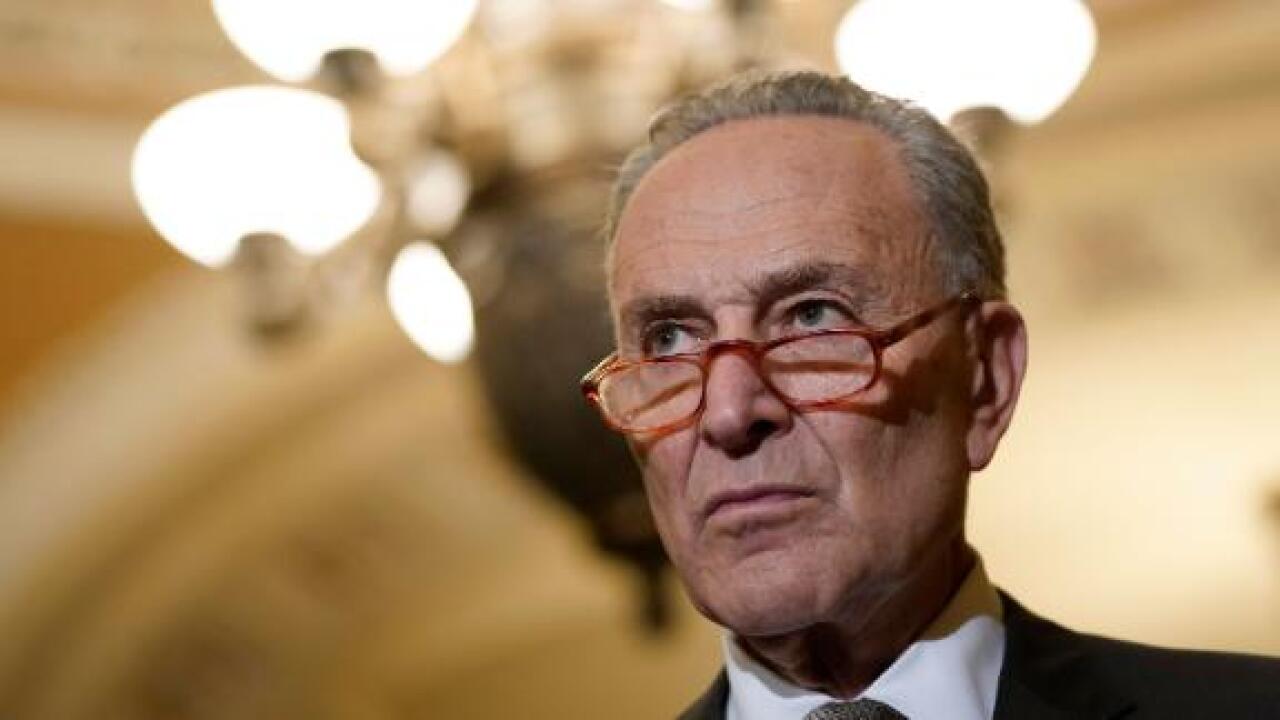 (CNN) — Senate Minority Leader Chuck Schumer made it clear in a letter to Majority Leader Mitch McConnell Sunday night that he prefers a Senate impeachment trial with witness testimony and new documents, a direct rebuttal to top Republicans who have argued in recent days that a shorter trial without witnesses would spare the Senate from becoming a partisan circus.

“We believe all of this should be considered in one resolution. The issue of witnesses and documents, which are the most important issues facing us, should be decided before we move forward with any part of the trial,” Schumer wrote in the letter, adding that he would be “open to hearing the testimony of additional witnesses.”

The letter comes just days ahead of the House’s expected vote to impeach President Donald Trump, which would set up a trial in the Senate.

Schumer’s letter is the first public outreach between the leaders, who rank-and-file members on the Republican and Democratic sides have argued should sit down to hammer out the rules of the road. But Schumer’s letter casts doubt on whether the two leaders will be able to agree on any resolution that sets out impeachment floor proceedings. Ultimately, the Republican majority has the power to set the rules for a trial without Democratic votes, but it will require almost-complete GOP unity with just two votes to spare in their 53-member majority.

McConnell spokesman David Popp said Sunday that “Leader McConnell has made it clear he plans to meet with Leader Schumer to discuss the contours of a trial soon. That timeline has not changed.”

CNN has reached out to the White House for comment on the letter.

Schumer also laid out his preference for how long House managers and White House counsel would have to make their cases, cross-examine witnesses and give closing arguments. Schumer and McConnell have yet to meet to discuss the rules for the impeachment trial, which is expected to begin when lawmakers return from their holiday recess.

Schumer lays out his preference for a process

In his letter, Schumer suggested a detailed plan for how to run the Senate trial, including when it should begin and how long each side should have to make their case.

Schumer also outlined a plan in which each side would have 24 hours for “opening presentations and rebuttals” and 16 hours evenly divided for Republican and Democratic senators to ask questions.

In his letter to McConnell, Schumer also made it clear that he wants the Senate to subpoena additional documents that would shed light on why nearly $400 million in US military aid was temporarily withheld to Ukraine.

“This will be a narrowly drawn request limited to electronic communications, memoranda and related records of the relevant senior officials in the White House, Office of Management and Budget, and Department of State. Our understanding is that these records have already been collected by the White House counsel and counsel in the relevant agencies, so production in response to the Senate subpoenas should be neither burdensome nor time-consuming,” Schumer wrote.

McConnell has said publicly that the Senate will begin its trial after the college football bowl games have ended, presumably the week of January 6. But, McConnell has remained vague on how long the trial will ultimately take or how it will be structured. He told reporters last week that senators would ultimately have two choices after House managers and the President’s counsel lay out their cases.

“It could go down the path of calling witnesses and basically having another trial or it could decide — and again, 51 members could make that decision — that they’ve heard enough and believe they know what would happen and could move to vote on the two articles of impeachment,” he said. “Those are the options. No decisions have been made yet.”

White House Counsel Pat Cipollone has remained in constant contact with McConnell about the impeachment trial, meeting with the majority leader as recently as Thursday afternoon.

“Everything I do during this, I am coordinating with White House counsel,” McConnell told Fox News host Sean Hannity last week.