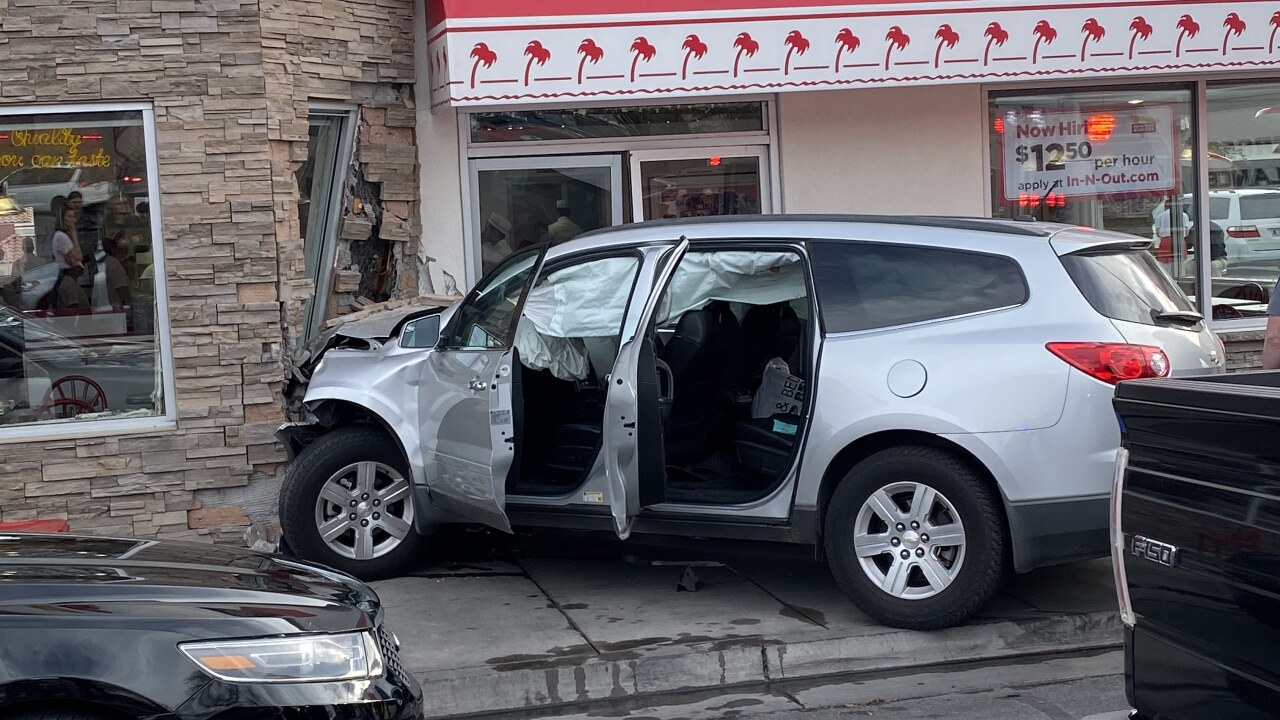 WASHINGTON CITY, Utah — One of the people inside In-N-Out Burger in Washington City who was struck by a car Saturday has died, police announced.

Antonio Mendoza of Las Vegas died from his injuries after police say a car struck a pedestrian and crashed into the side of the restaurant Saturday just before 3 p.m.

Mendoza was one of six people seated inside the restaurant when the accident occurred. Four patients were transported by ambulance and three were self-transported to Dixie Regional Medical Center. The status of the other patients’ injuries was not disclosed.

The restaurant remains closed for the structural damage to be repaired.

Police say the driver of the vehicle accidentally accelerated instead of braking after the pedestrian was struck.

They ask that any witnesses who have not already provided a statement contact police at 435-986-1515.

A GoFundMe account has been set up for the Mendoza family.