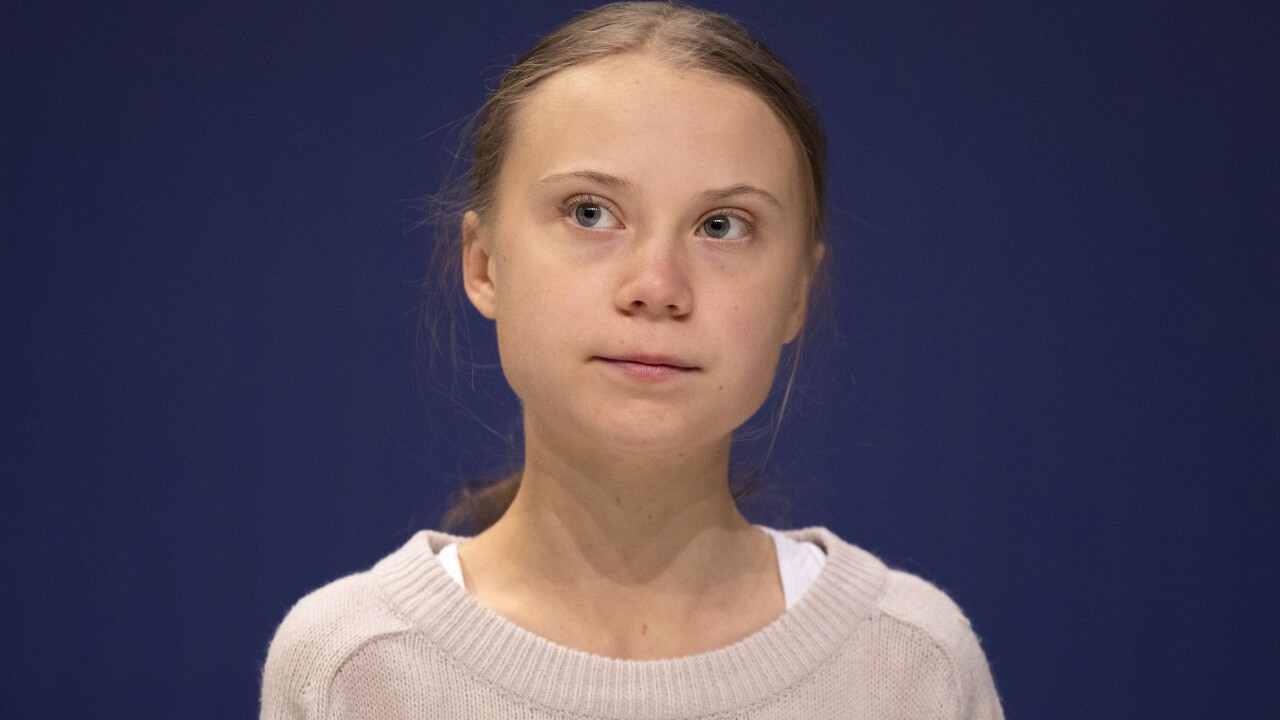 MADRID, SPAIN – DECEMBER 10: Swedish environment activist Greta Thunberg attends an event with scientists at the COP25 Climate Conference on December 10, 2019 in Madrid, Spain. The COP25 conference brings together world leaders, climate activists, NGOs, indigenous people and others for two weeks in an effort to focus global policy makers on concrete steps for heading off a further rise in global temperatures. (Photo by Pablo Blazquez Dominguez/Getty Images)

(CNN) — Greta Thunberg’s tweet about riding on the floor of a train didn’t sit well with German railway company Deutsche Bahn, which said she had a seat in first class.

The 16-year-old — who was named Time Magazine’s Person of the Year this week and challenged delegates at the UN’s COP25 summit for their inaction on the climate crisis — was on her way home to Sweden when she shared a photo of her sitting aboard a Deutsche Bahn train, surrounded by bags.

“Traveling on overcrowded trains through Germany,” the climate activist wrote. “And I’m finally on my way home!”

Some Twitter users responded to Thunberg by criticizing the company, which has had a reputation for delays and other performance issues in recent years.

At first, the railway company seemed to express solidarity with Thunberg and her activism.

“Dear Greta, thanks for supporting us railroaders in the fight against climate change. We were happy that you were traveling with us Saturday in ICE 74,” the company said, referring to the route of the high-speed ICE train she was riding. “And that’s with 100% sustainable electricity.”

“It would have been even nicer,” Deutsche Bahn added in a second tweet, “if you had also reported how friendly and competently you were taken care of by our team in your seat in first class.”

Some seized on the company’s response and used it to criticize Thunberg, who confirmed she’d gotten a seat.

Thunberg said she didn’t intend to suggest there was a problem and that crowded trains were actually a symbol of progress.

“Our train from Basel was taken out of traffic. So we sat on the floor on 2 different trains. After Göttingen I got a seat,” she said. “This is no problem of course and I never said it was.”

“Overcrowded trains is a great sign,” she added, “because it means the demand for train travel is high!”

CNN has reached out to Deutsche Bahn for comment.