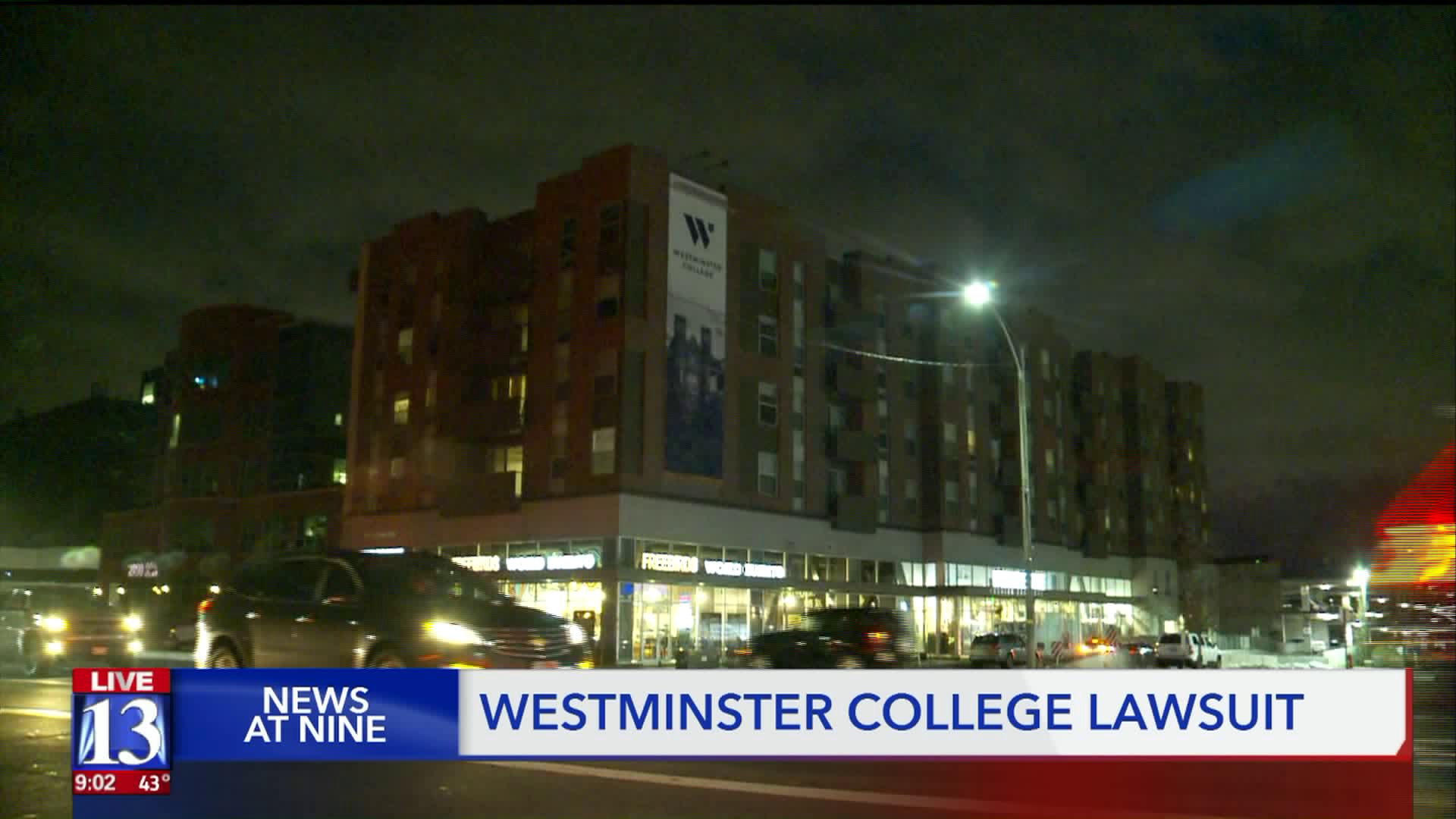 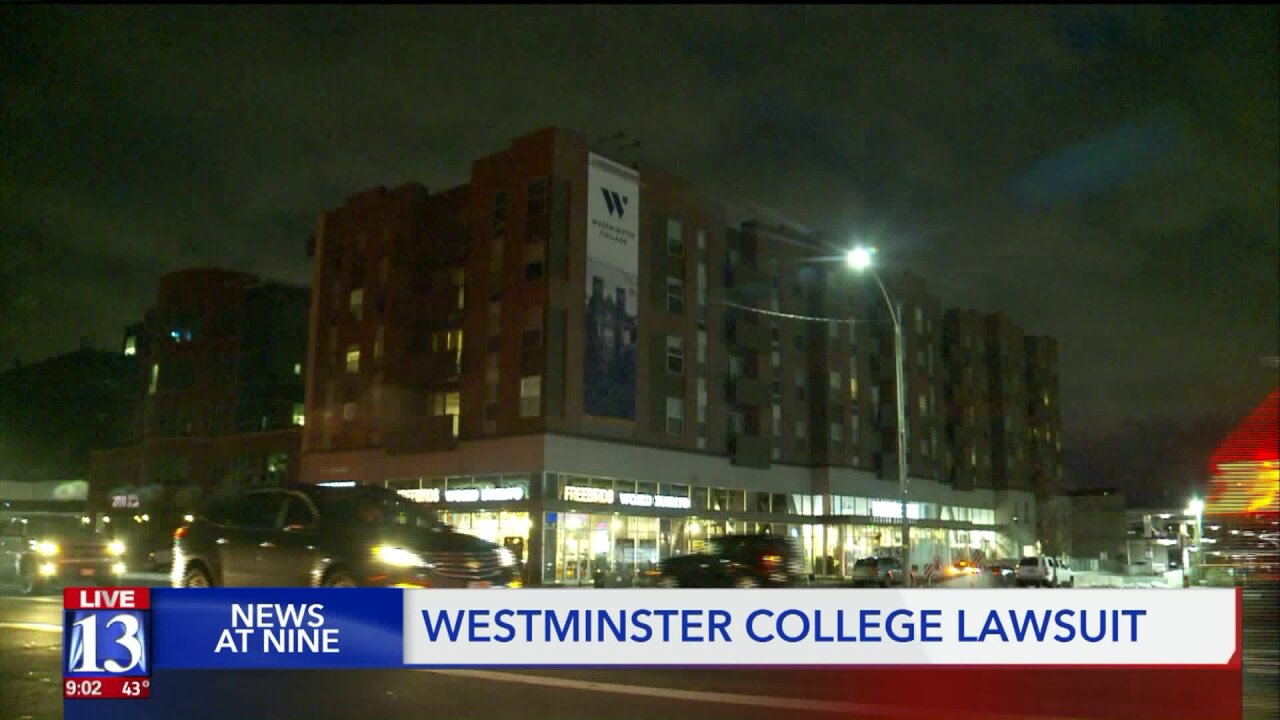 SALT LAKE CITY, Utah — A student with disabilities at Westminster College is filing a lawsuit against the school for discrimination, harassment, and retaliation.

Katrina Cleaveland suffers from a degenerative condition that has resulted in severe hearing loss. She now relies on hearing aids and her service dog, “Todd,” for help.

Since her freshman year, Cleaveland said Westminster College’s student housing department has made her feel like a nuisance for being disabled. She said she decided to attend Westminster College because she thought they would be sensitive to her disability, but has since changed addresses at least eight times within a span of nine months.

Although many of Cleaveland’s friends love her service dog, she said the school stuck her with different roommates who are allergic to dogs.

Instead of relocating the roommates, Westminster College moved Cleaveland repeatedly.

“The reasons were always just ridiculous as to why I had to move,” Cleaveland said. “The whole school doesn’t have dog allergies, you know? There’s got to be an apartment out there that has an open room.”

“Either Katrina was very very unlucky, or the college just wasn’t taking any steps to make sure that she wasn’t the one that was consistently being uprooted,” said her attorney, Amanda Mendenhall. “Her health professionals, her family, and her college advisors had said that she needed stable housing on campus to succeed, and so it seemed really peculiar.”

Cleaveland said the student then took steps to get rid of her for good, by blaming her for a picture that her roommate posted in the apartment.

FOX 13 has chosen not to publish the contents of the picture, which show racist imagery upon close inspection. Cleaveland said she never took a close look at the picture because it didn’t belong to her and was stuck to the wall above her eye level.

“You have to really look at it to determine what it is, and it’s hateful. It’s very anti-semitic. It’s very hateful,” Mendenhall said. “The reason she was found ‘complicit’ was because she let the picture hang so long.”

The roommate and her friend later admitted to drawing the picture. Cleaveland said, to her knowledge, neither of them have been punished in any way.

Cleaveland was banned from student housing for one year.

FOX 13 has obtained a letter sent from Westminster College to Cleaveland explaining the decision.

“The College has determined that there is not sufficient evidence that you produced or contributed to offensive content in the illustration and are therefore are not (sic) responsible for Harassment,” the letter read. “In consultation with the Vice President for Student Affairs and Dean of Students, Karnell McConnell-Black, you will be placed on residence hall suspension and deferred suspension effective September 17, 2019. Deferred (sic) suspension allows you to remain a current student and provide an opportunity for you to demonstrate an ability to comply with college policies until graduation.”

When Cleaveland appealed the decision, Westminster College’s appeal panel determined “that there were two instances of substantial procedural error” in the investigation against Cleaveland. Still, the hearing officer appointed to the case upheld the school’s decision to suspend Cleaveland from student housing.

“Those findings were completely disregarded, and she was still found guilty by the college,” Mendenhall said.

“I have no ill will towards anybody involved in this. Even the people that are doing this to me. There’s no ill will,” Cleaveland said. “I’m just frustrated that I’m the one that’s in trouble for this... Everybody says college is hard, but I feel like it shouldn’t be this hard.

Cleaveland said one of the most important things she wants to come out of the lawsuit is for her academic record to be cleared so she can get into graduate school.

Arikka Von, the director of strategic communications for the school, said she could not discuss the case.

“I cannot respond directly to the lawsuit because FERPA prevents us from discussing anything involving a student’s education records,” she said. “Westminster is committed to providing a safe environment for learning and growth of all our students. We take our promise to care for students very seriously. Therefore, the college holds students accountable for violations of the Student Code of Conduct, Campus Housing Handbook, and Equal Opportunity policy among many other policies. Westminster’s core values include respect for diverse people and perspectives; collaboration and teamwork; personal and social responsibility; college-wide excellence; and high ethical standards.”