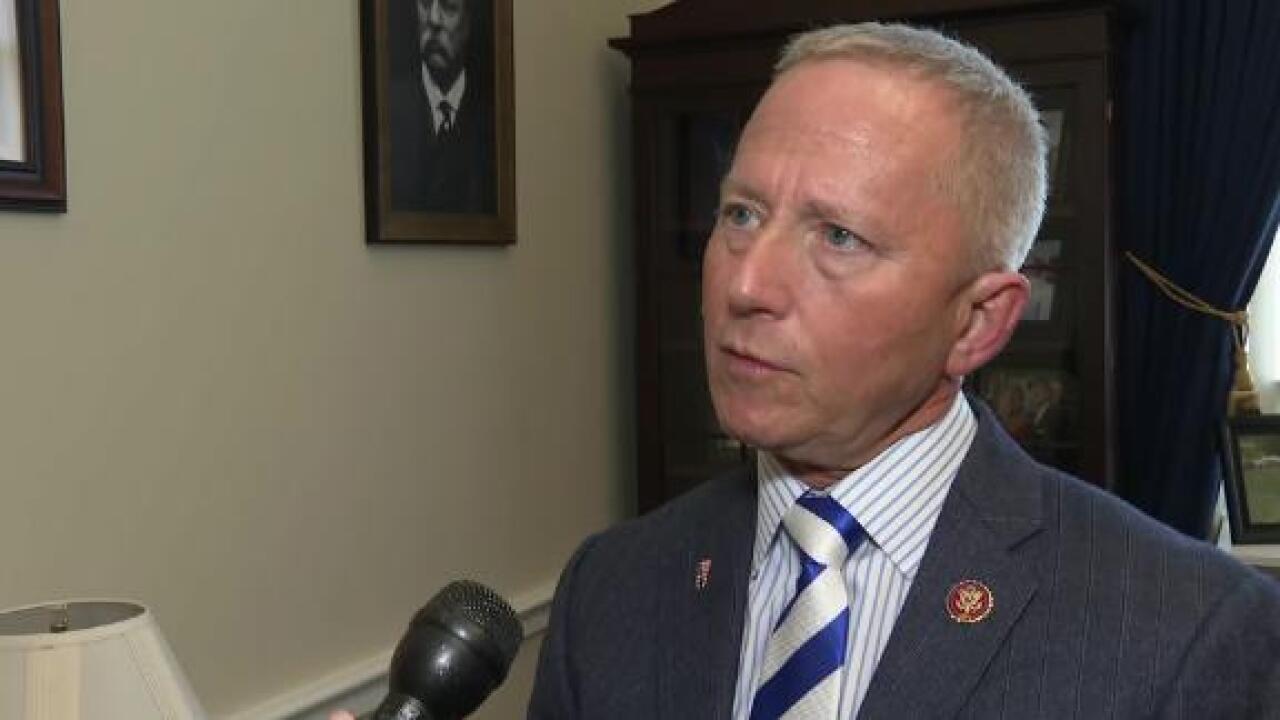 (CNN) — A freshman Democrat, who strongly opposes House Democrats’ impeachment of President Donald Trump, is expected to switch to the Republican Party and is telling colleagues his intentions, according to a senior Democratic aide.

Rep. Jeff Van Drew is considering the switch as he struggles in New Jersey politics. Internal polling has shown he was losing major support from Democrats in the district, Democratic sources told CNN on Saturday. Switching parties would allow Van Drew to avoid a Democratic primary challenge for his seat.

“Betraying our values by siding with Donald Trump is the final straw and made it impossible for him to continue being supported by our party, as grassroots activists, local party leaders in his district, and I have made clear in recent weeks,” Murphy, a Democrat, said in a statement. “This party switch is cynical and desperate, and I am confident that a Democrat who shares the values and priorities of our Democratic Party will hold this seat.”

Van Drew is calling fellow congressional Democrats, including some in the New Jersey delegation, to talk about his decision to switch parties, a source familiar with his plans told CNN. New Jersey Democrats and other Democrats on Capitol Hill are urging Van Drew to stay in the party, according to the source.

In these phone calls, Van Drew has expressed concerns to his colleagues about the blowback he’s gotten in the Democratic Party back home over his position on impeachment, the source added.

Van Drew was one of just two Democrats who in October voted against formalizing the impeachment inquiry, and announced earlier this month that he would vote against all articles of impeachment on the House floor. The full House of Representatives is expected to vote next week on two House Judiciary Committee-approved articles of impeachment, which will set up a trial in the Senate.

The move, while a symbolic boost for Trump, likely won’t change the outcome of the House vote that would see Trump as only the third president in American history to be impeached.

The Washington Post, citing officials, first reported Saturday that Van Drew is expected to join the Republican Party “in the coming days” after meeting with Trump on Friday at the White House. The New York Timesreported Saturday that the congressman could make an announcement as soon as next week.

CNN has reached out to Van Drew’s office and the Trump administration for comment. Van Drew, his chief of staff and communications director did not respond to the Post’s requests for comment Saturday.

According to the Post, Van Drew denied on Tuesday that he was switching parties.

“I’m not changing anything — just doing my job. I’m still a Democrat, right here,” he told the Post in a brief interview.

Van Drew said last week that he plans to vote against all articles of impeachment “unless there’s something that I haven’t seen, haven’t heard before.”

After voting against the formal inquiry in October, the New Jersey congressman said in a statement that “without bipartisan support I believe this inquiry will further divide the country tearing it apart at the seams and will ultimately fail in the Senate.”

New Jersey’s 2nd Congressional District had been held by former Republican Rep. Frank LoBiondo for 24 years before Van Drew won election in 2018. In that race, Van Drew ran against a Republican candidate, who after making controversial remarks against diversity, lost the support of the National Republican Congressional Committee. The district had voted for Barack Obama in 2008 and 2012, before voting for Trump in 2016.

“I want to tell Jeff Van Drew that he is welcome in the Republican Party, not just by me but by our conference, and we would support him and we would welcome him to join,” McCarthy told Fox News’ Jeanine Pirro.