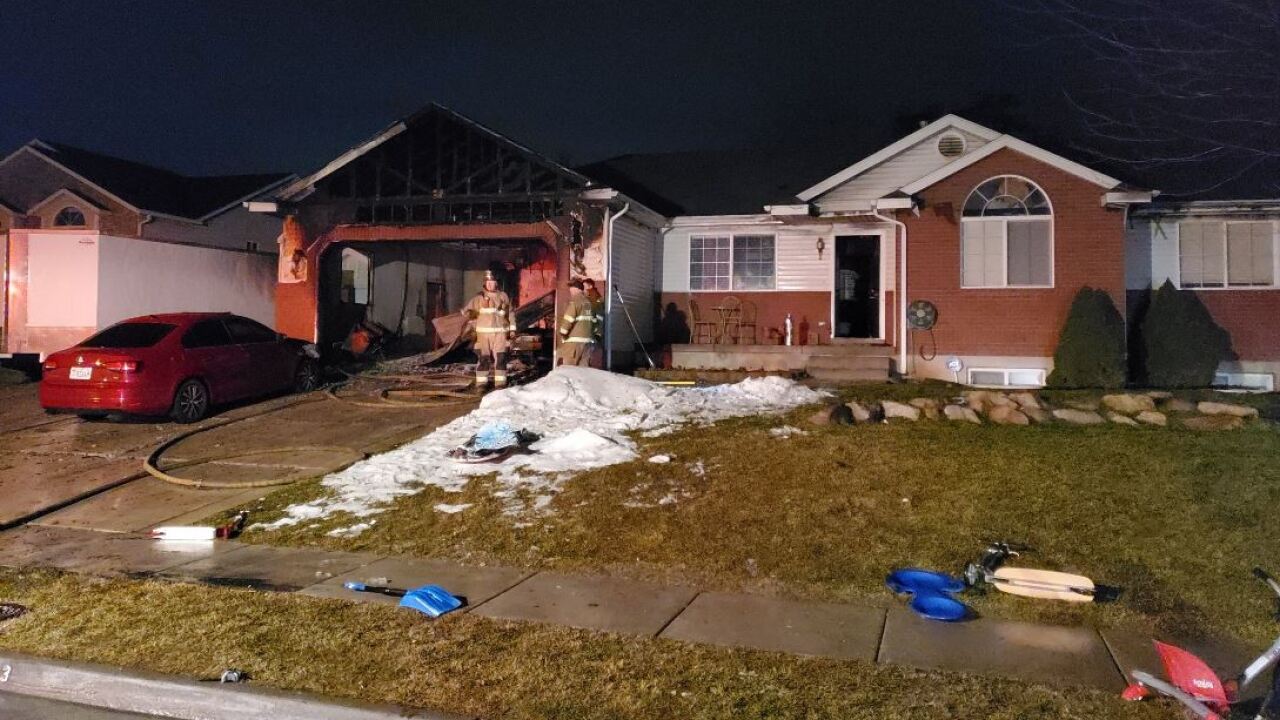 CLINTON, Utah – An overnight house fire has displaced a family of six.

The Clinton Fire Department was called to a structure fire around 8:30 PM Friday night.

According to Captain Tim Vega, the fire reportedly started in the garage, but spread through the attic into a portion of the home.

Crews were able to extinguish the fire before it spread to the entire home. No injuries were reported.

Fire crews determined the cause of the fire was accidental, after an unattended propane heater was left too close to combustibles in the garage.

Two vehicles in the garage, as well as one outside, and an enclosed trailer outside the home were all deemed a total loss.